Debt limits are provisions that limit a state’s ability to take on new debt or debt service. Debt limits cap total debt at a certain dollar amount or limit outstanding debt to a certain percentage of revenues. Some historical limits have been set at very low levels. In some states, constitutional debt limits also require voter approval to issue new debt. Debt limits can reduce general obligation debt effectively, but they can also squeeze capital budgets, and some states have circumvented limits by borrowing in other ways or setting up dependent governments to issue debt.1 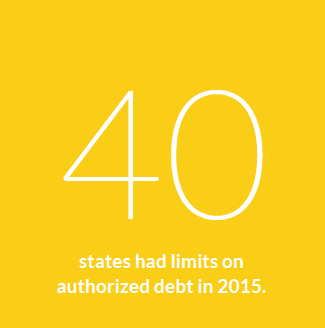 Some states, such as Lousiana, tie their debt limit to forecasted revenues. Louisiana limits its debt to 6 percent of estimated revenues. This means that when the state enacts a tax cut, less funding is available to finance capital projects. In 2018, the state will see $1 billion in temporary sales tax revenues expire, which will not only create a hole in the state’s operating budget but could squeeze its capital projects budget as well.

Several studies in the 1990s found that debt limits are associated with lower levels of general obligation debt. For example, states requiring a voter referendum on new long-term debt tend to take on less debt.

However, research also finds that debt limits can have broader effects, including

“The reality is that if we don’t choose to do something next year because of the fiscal cliff and because of the limit on the debt, (Louisiana) is going to have to start slowing down [capital] projects.”

Taken together, these studies suggest that states may be able to circumvent strict debt limitations or they shift debt obligation to less desirable forms of public borrowing. For other budget institutions, such as balanced budget requirements, stringency produces higher levels of compliance; strictness in debt limitations, however, may only obscure other forms of state indebtedness and lead to less transparent budgets. 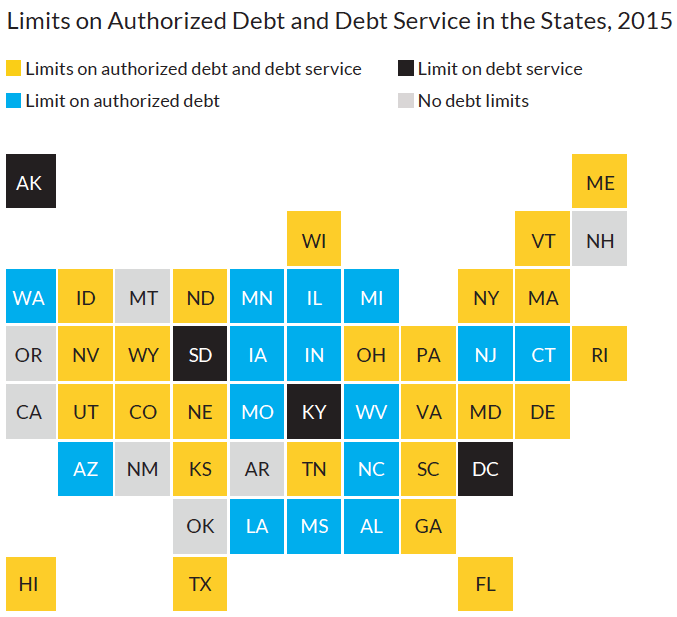