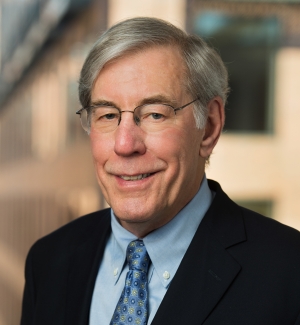 Robert Reischauer is a distinguished Institute fellow and president emeritus of the Urban Institute, which he led from 2000 to 2012. His research interests and expertise focus on the federal budget, health policy, Medicare, Social Security, and income distribution.

Before joining Urban, Reischauer served as the director of the Congressional Budget Office from 1989 to 1995. He was a senior fellow in the Economic Studies Program at the Brookings Institution from 1986 to 1989 and from 1995 to 2000.

Reischauer is one of two public trustees of the Social Security and Medicare Trust Funds and a founding member of the Academy of Social Insurance, which recognized him with the Robert M. Ball Award in 2012. He is a member of the American Academy of Arts and Science, the Institute of Medicine, and the National Academy of Public Administration. He was a member of the Medicare Payment Advisory Commission, serving as vice-chair from 2001 to 2009. Reischauer, who serves on the boards of several nonprofit organizations, is the senior fellow of the Harvard Corporation.

Reischauer holds an AB from Harvard University as well as an MA in international affairs and a PhD in economics from Columbia University.