The Urban-Brookings Tax Policy Center benefits from the advice of some of the nation's foremost tax and budget policy experts representing a broad range of interests and expertise. The Center's advisory board meets periodically to discuss research and outreach strategy and provide feedback on the Center's work and activities. Board members are also called upon informally throughout the year for advice on projects, priorities, and analyses Jodie Allen was most recently a senior editor at the Pew Research Center. Shejoined the Pew Center from U.S. News & World Report where she was a managing editorand the business editor and also wrote a bi-weekly column on the political economy. Shecame to U.S. News from Slate Magazine, where she was the Washington bureau chief.  Before joining Slate she was the editor of Outlook, the Sunday commentary section of the Washington Post. She has also been an editorial writer and a business columnist with the Post. Previously she held positions in government, including Dep. Asst. Sec. of Labor forPolicy and Research, as well as in private organizations including Chrysler, Mathematica,the Urban Institute and the Brookings Institution. She is a member of the ComptrollerGeneral’s Advisory Board, the Council on Foreign Relations, the National Academy ofSocial Insurance and the Tax Policy Center Advisory Board. 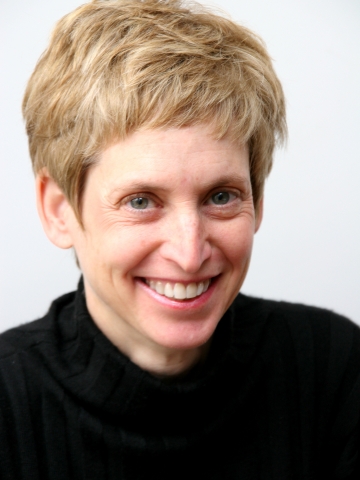 Rosanne Altshuler is Professor of Economics at Rutgers University and Chair of the Department of Economics. She returns to the Chair position after serving as the Dean of Social and Behavioral Sciences in the School of Arts and Sciences of Rutgers University. Rosanne is the second Vice President of the National Tax Association and will be the Association's President in 2017. She is currently an editor of the Policy Watch section of International Tax and Public Finance. Rosanne has been editor of the National Tax Journal and a member of the Board of Directors of the National Tax Association, the Panel of Economic Advisers of the Congressional Budget Office and the Board of Trustees of the American Tax Policy Institute. Rosanne has also been active in the policy world as Director of the Urban-Brookings Tax Policy Center, Senior Economist to the 2005 President’s Advisory Panel of Federal Tax Reform, and Special Advisor to the Joint Committee on Taxation. 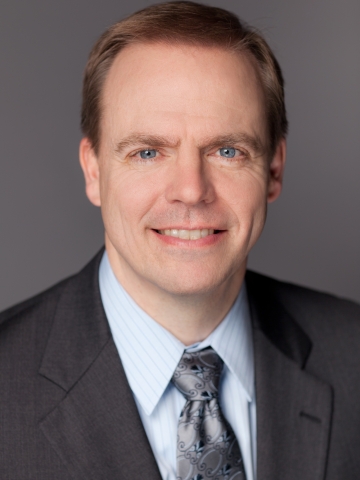 Jeffrey Brown is the Josef and Margot Lakonishok Professor of Business and Dean of the College of Business at the University of Illinois at Urbana-Champaign. He previously served as William G. Karnes Professor of Finance and as the founding Director of the Center for Business and Public Policy at UIUC. He also serves as the Associate Director of the NBER Retirement Research Center. He earned his Ph.D. in economics from MIT, and has previously held positions at Harvard University, the White House Council of Economic Advisers, and the President’s Commission to Strengthen Social Security. He is a Trustee for TIAA and a member of the advisory board of the Tax Policy Center. He previously served as a member of the Social Security Advisory Board and on the board of the American Risk and Insurance Association. 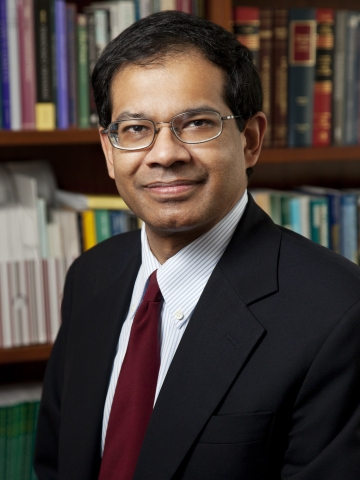 Dhammika Dharmapala is the Julius Kreeger Professor at the University of Chicago Law School, where he has been based since 2014. He is also Co-Editor of the Journal of Law and Economics, an International Research Fellow of the Oxford University Centre for Business Taxation, and a Fellow of the CESifo Research Network. He was previously a Professor at the University of Illinois at Urbana-Champaign. He serves on the Board of Management of the International Institute of Public Finance, and previously served on the Board of Directors of the American Law and Economics Association and of the National Tax Association. From 2010-2013, he was Editor-in-Chief of the journal International Tax and Public Finance. His PhD thesis (in Economics at the University of California at Berkeley) was awarded the National Tax Association’s Outstanding Doctoral Dissertation Award. His scholarship, which spans the fields of public finance and taxation, the economic analysis of law, and corporate finance and governance, has been published in various scholarly journals in law, economics and finance. It has also been cited in various media outlets, including the New York Times, the Washington Post, Bloomberg Businessweek, and The Economist. 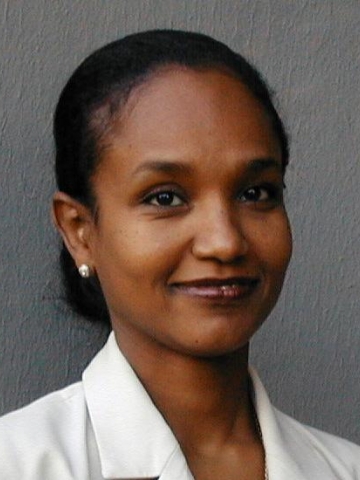 Nada Eissa is Associate Professor at Georgetown University, and Research Associate at the National Bureau of Economic Research (NBER). Previously, she served as Deputy Assistant Secretary for Economic Policy at the U.S. Treasury. She was also on the economics faculty at the University of California at Berkeley, a National Fellow of the NBER, a visiting economist at the IMF and a visiting scholar at the American Enterprise Institute (AEI). Her current research examines the impact of technology and innovative audit schemes on tax compliance, and design of presumptive tax schemes in developing countries. Her previous research examined the labor supply effects of tax reform, for which she received the National Tax Association’s annual award in government finance and taxation. She has also evaluated the behavioral effects of tax-transfer schemes and the EITC; training programs; and school vouchers. Professor Eissa currently serves as Lead Academic for the International Growth Center program in South Sudan. She received her Ph.D. Economics from Harvard University, and her undergraduate degree from U.C. Berkeley. 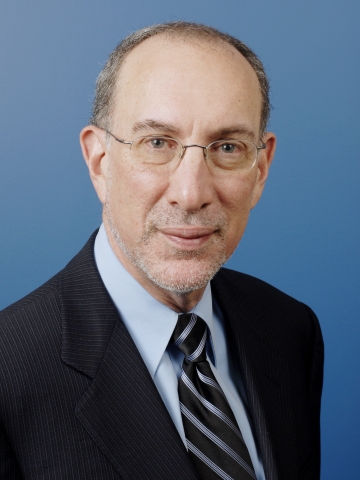 Founder and President
Center on Budget and Policy Priorities

Bob Greenstein is founder and president of the Center on Budget and Policy Priorities, a policy organization focused on federal and state budget and tax policies and on programs and policies to reduce poverty and inequality.  The Center also coordinates the State Priorities Partnership, a network of policy groups in 41 states that work in their states for progressive budget, tax, and program policies. 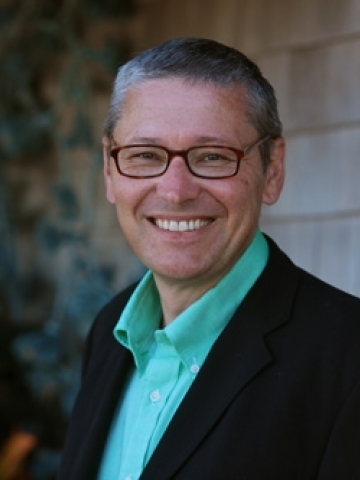 Mankiw, a Harvard University professor of economics since 1987, has extensively researched price adjustment, consumer behavior, financial markets, monetary and fiscal policy, and economic growth. A prolific writer, he has also written two popular textbooks: Principles of Economics, which has sold over two million copies and been translated into over 20 languages, and Macroeconomics. He has been a research associate at the National Bureau of Economic Research and an adviser to the Federal Reserve Banks of Boston and New York and the Congressional Budget Office. From 2003 to 2005, he served as chairman of President George W. Bush's Council of Economic Advisers. 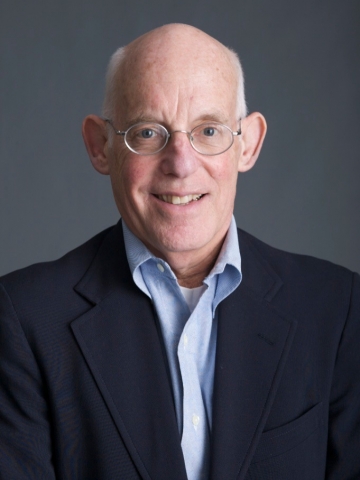 Ron Pearlman is Emeritus Professor of Law at the Georgetown University Law Center. He served as Assistant Secretary of the Treasury for Tax Policy during consideration of the Tax Reform Act of 1986. In the late 1980's, he served as Chief of Staff of the Congressional Joint Committee on Taxation. He began his career as a lawyer in the Office of the Chief Counsel of the Internal Revenue Service and practiced law in St. Louis for 17 years and with Covington & Burling in Washington for 10 years. Mr. Pearlman received his undergraduate degree, with honors, from Northwestern University; his law degree, cum laude, from Northwestern University School of Law; and an LL.M. in Taxation from the Georgetown University Law Center. 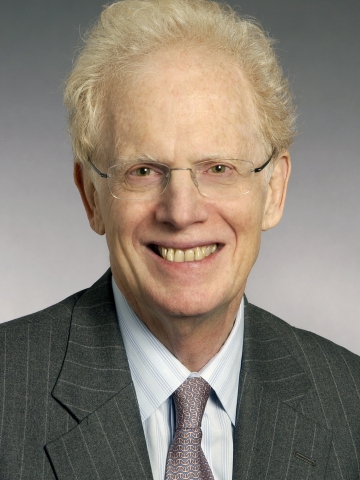 Mr. Samuels is distinguished internationally as one of the best tax lawyers by Chambers Global, Chambers USA, The International Who’s Who of Business Lawyers, the Tax Directors Handbook, The Legal Media Group Guide to the World's Leading Tax Advisers, The Best Lawyers in America, and The Legal 500.

From 1993 to 1996, he served as Assistant Secretary for Tax Policy of the U.S. Treasury Department, and from 1994 to 1996 also served as Vice Chairman of the Committee of Fiscal Affairs in the Organization for Economic Cooperation and Development, as well as a member of the President's Committee on the Arts and Humanities.

Mr. Samuels is member of the advisory boards of The Hamilton Project and NYU’s Center for Global Affairs and is a member of the Council on Foreign Relations. 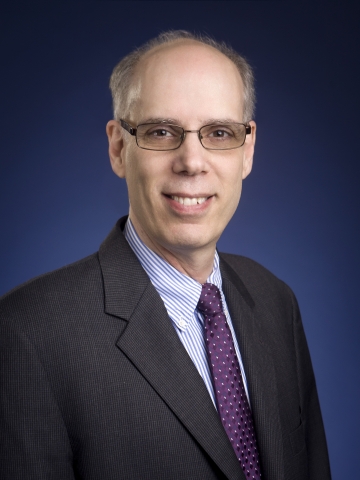 Paul W. McCracken Collegiate Professor of Business Economics and Public Policy at the Ross School of Business, and Professor in the Department of Economics
University of Michigan

Joel Slemrod is the Paul W. McCracken Collegiate Professor of Business Economics and Public Policy at the Ross School of Business, and Professor in the Department of Economics, at the University of Michigan.  He also serves as Director of the Office of Tax Policy Research, an interdisciplinary research center housed at the Business School. Professor Slemrod received the A.B. degree from Princeton University in 1973 and the Ph.D. in economics from Harvard University in 1980. Before coming to Michigan he was assistant professor, from 1979 to 1985 and associate professor from 1985 to 1987, at the University of Minnesota. In 1983-84 he was a National Fellow at the Hoover Institution and in 1984-85 he was the senior economist for tax policy at the President's Council of Economic Advisers.

From 1992 to 1998 Professor Slemrod was editor of the National Tax Journal and from 2006 to 2010 was co-editor of the Journal of Public Economics. In 2005-6, he was president of the National Tax Association and, as of 2015, he is president of the International Institute of Public Finance. He is co-author with Jon Bakija of Taxing Ourselves: A Citizen’s Guide to the Debate over Taxes, now in its fourth edition; with Len Burman of Taxes in America: What Everyone Needs to Know, published in 2012; and with Christian Gillitzer of Tax Systems, published in 2014.  In 2012 he received from the National Tax Association its most prestigious award, the Daniel M. Holland Medal for distinguished lifetime contributions to the study and practice of public finance. 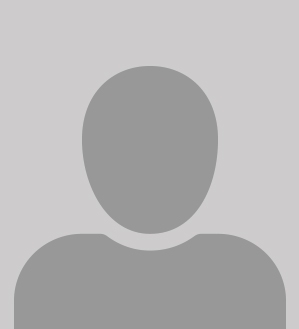 Jon Talisman is a founding partner of Capitol Tax Partners, and has extensive experience in tax policy and tax planning. He previously served as the Assistant Secretary for Tax Policy for the U.S. Treasury Department during the Clinton Administration. In that capacity, he had supervisory responsibility at Treasury for policy decisions relating to all Federal tax matters, including the President's budget proposals, other legislation regulatory guidance, and tax treaties. Also he directly advised the President, the Secretary of the Treasury and other senior Administration officials on matters of tax policy and tax legislative strategy. He previously had served at Treasury as the Deputy Assistant Secretary for Tax Policy and the Tax Legislative Counsel. Before joining the Treasury Department, served from 1995 to 1997 as the Chief Democratic Tax Counsel of the Senate Finance Committee under Senator Daniel Patrick Moynihan (D-NY) and from 1992 to 1995 as Legislation Counsel to the Joint Committee on Taxation. Prior to his tenure in government, he worked in the Washington office of Akin, Gump, Strauss, Hauer & Feld from 1984 to 1992, where he specialized in transactional tax planning. He currently serves on the Board of Advisors to the Tax Policy Center and was chair of the Formation of Tax Policy Committee, American Bar Association Tax Section. He also currently serves as an adjunct tax professor at Georgetown University Law Center, where he teaches tax policy. He was President of the Board of Adventure Theatre Musical Theatre Center for several years. He has been chosen for many years as one of the Best Lawyers in America in both tax and government relations. He also has been chosen as a top ten leading lawyer in government relations by Legal Times and one of the five top tax lobbyists in Washington by Tax Notes magazine. Recently, he was listed in Washington Life's Power 100. Talisman holds a J.D. from the University of Virginia School of Law, and a B.S. in Commerce from the University of Virginia. He was admitted as a certified public accountant in Maryland in 1981.