In 2015, the federal government spent over $980 billion on health care, of which $260 billion – 27% – was through the tax code. An updated analysis by the Tax Policy Center finds the majority of these subsidies - focused on employer-provided health benefits - disproportionately benefit high-income households. 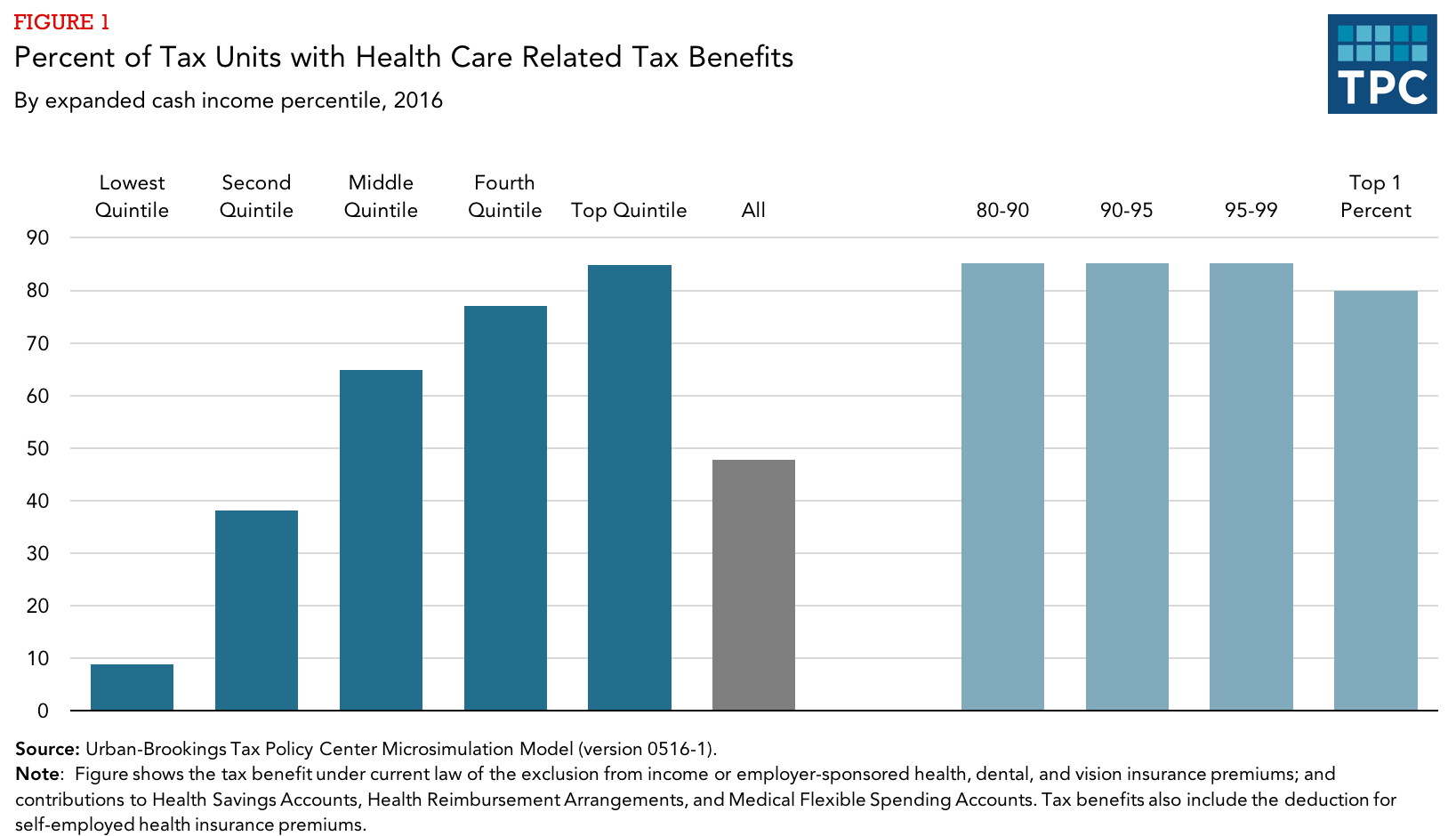 Based on new estimates for 2016, about half of households receive some benefit from health related tax expenditures. However, while about 85 percent of the highest-income 20 percent gets a tax cut thanks to these subsidies, only 9 percent of the lowest income households benefit.

The lowest income households, who pay little tax and rarely receive employer-sponsored insurance, see almost no benefit from the tax preferences, with their after-tax incomes rising by just 0.1 percent,. Similarly, the top 1 percent sees their after-tax incomes rise by just 0.3 percent. That’s because of the rapid increase in income at the top of the income distribution and because health care costs are likely to plateau for the very rich.

Medical tax preferences are often exemptions or deductions rather than credits. In a progressive income tax, this design favors high-income taxpayers who are subject to higher tax rates. Policymaker should consider the distribution of benefits from these as they decide how best to tackle the healthcare policy questions facing the United States care.