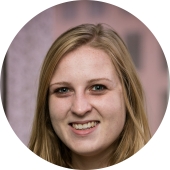 What do immigrants cost state and local governments?

Heated debates about travel bans and border walls seem to dominate the news cycle, but what do we really know about the effects of immigration?

Earlier this year, Urban Institute researchers contributed to a comprehensive National Academies of Science study examining the fiscal and economic impacts of immigrants and refuting many common misperceptions about immigration.

Immigrants have roughly the same pattern of government spending and funds received as native-born Americans. However, spending on immigrants is somewhat greater primarily because they have more school age children. In part because of these higher education costs, immigrants tend to be more of a burden on state and local government budgets than on federal coffers, though it varies by state.

Although immigrants are costlier to state and local budgets…

A new State and Local Finance Initiative brief examines differences in what taxes are paid and services used by immigrants and native-born people across the 50 states. The brief shows that if state and local government spending is allocated to all people equally, immigrant adults are, on average, $3,000 more expensive per adult (when the costs of children are assigned to their parents). However, it is important to note that much government spending, such as the costs of roads and other public infrastructure, are allocated among the population at-large. If immigrants are not assigned a share of these costs, the gap drops to $450.

However, these patterns vary by state. The maps below show the range of immigrants’ fiscal impacts for an average (they are assigned a share of public goods) and marginal (they are not given a share) cost allocation. 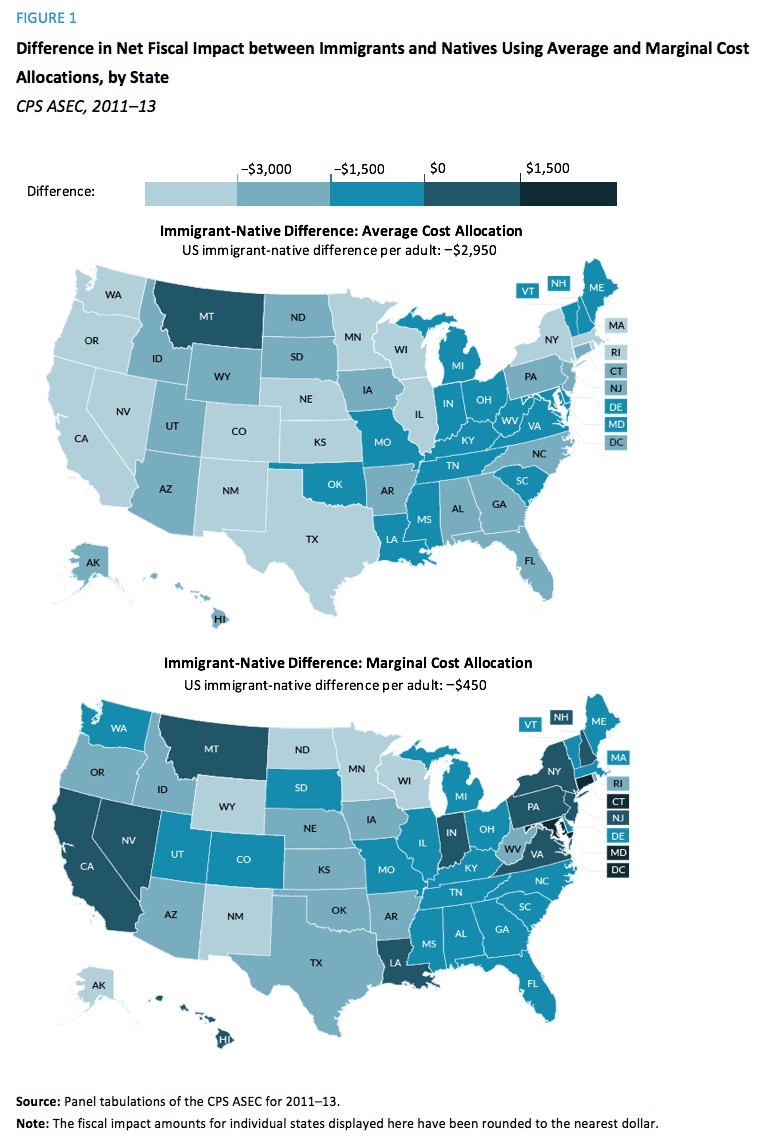 But keep in mind that some states, like West Virginia and Montana, have very small immigrant populations, so these numbers are based on few observations and may be less precise. And the differences across states in taxes paid and services received depends on decisions states make on tax structures and spending levels.

…it’s mostly because they have more children who need education resources. 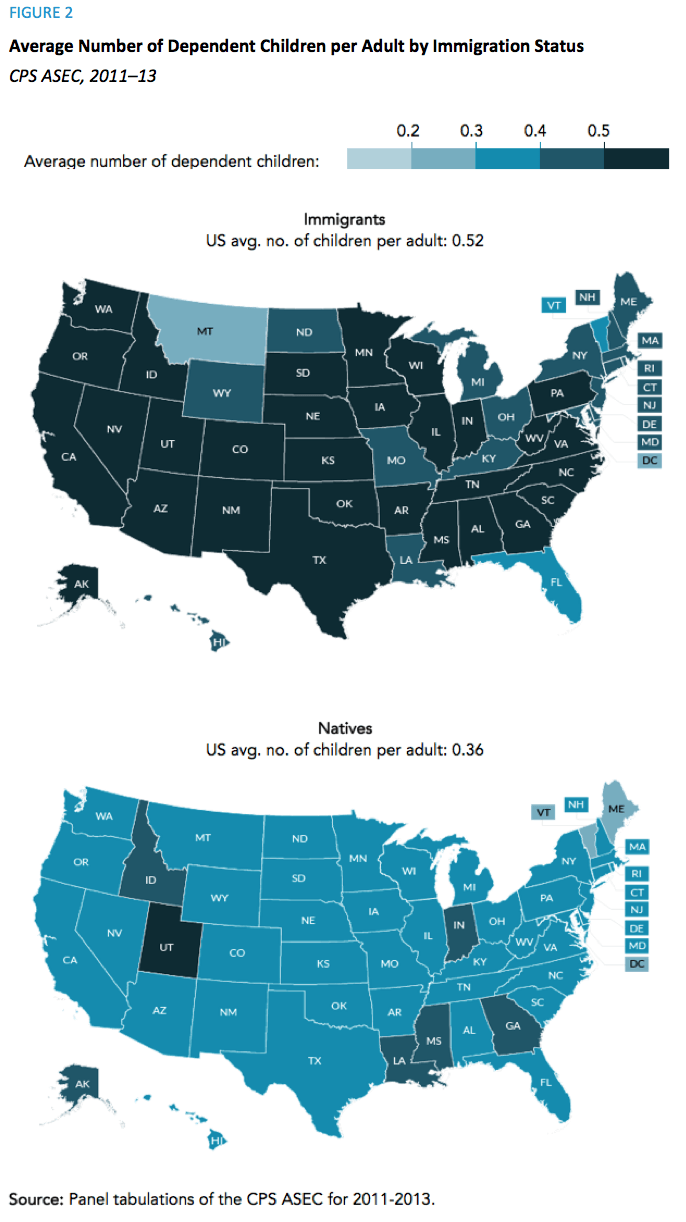 Investing in children’s education will pay off in the long run. With the aging US population, immigrants and their children are the workforce of tomorrow, contributing not just the labor, but the taxes that will shape our nation’s fiscal health.

With respect to government finances, the National Academies’ report shows that the adult children of immigrants contribute the most on average to federal and state and local coffers. So while public education is expensive to state and local governments, making sure all children—with native and immigrant parents alike—are equipped for tomorrow’s jobs is critical for the country’s future.

This post was originally published on Urban.org and has been lightly edited for TaxVox.