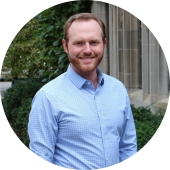 Using The False Claims Act To Close The Tax Gap

The IRS estimates that for the years 2008-2010, taxpayers owed but did not pay an average of $458 billion annually in federal taxes—mostly because individuals and corporations failed to report all their taxable income.

Yet, despite widespread non-compliance, the IRS collected only about $50 billion of the annual tax gap through its enforcement efforts.  It might have more success cracking down on tax fraud and evasion if it could use a tool that is available to other parts of the federal government and to some state revenue authorities but not to the IRS—applying the False Claims Act to tax cases.

President Trump’s budget proposes $11.1 billion in baseline funding for the IRS in fiscal year 2019, significantly below the $13.4 billion in IRS expenditures in 2010. While the Trump administration has promised additional funds for enforcement, the Republican Congress has consistently cut funding for the IRS. It will now have to administer major changes to the tax law under the Tax Cuts and Jobs Act with low baseline spending, hampering efforts to close the tax gap.

The IRS does have some tools to encourage people to report fraud and evasion by others. Since its Whistleblower Office was created in 2007, the agency has recouped $3 billion in back taxes based on tips from third parties. However, the program has been criticized by one of its creators, Senator Chuck Grassley (R-IA). He has accused the IRS of undermining its whistleblower program by denying and delaying awards to tipsters, failing to update them on the status of cases, and refusing to cooperate with their lawyers.

In contrast, the federal False Claim Act (FCA) has been a powerful tool for fighting fraud against the government. In 2016 alone, the federal government recouped over $3 billion through cases brought under the FCA, compared to just $368 million recovered by the IRS Whistleblower Office. But, the FCA does not apply to tax cases.

The FCA allows whistleblowers to file sealed complaints in court alleging fraud in activities such as procurement or government contracts. If the government declines to prosecute a case, whistleblowers and their attorneys can take the case to court themselves.

Defendants are potentially liable for triple damages and under the FCA whistleblowers can receive 15 percent to 30 percent of what they recoup from fraudsters, a powerful incentive for whistleblowers to file cases. Although the IRS Whistleblower Law provides for similar monetary incentives, the FCA has a number of advantages:

First, the FCA provides better protection for whistleblowers. The IRS acknowledges that its system can unnecessarily expose tipsters to retaliation by their employers because firms often can figure out who has provided information to the IRS on specific transactions or tax strategies.  Sen. Grassley and Sen. Ron Wyden (D-OR) have introduced legislation to extend the non-retaliation protections of the FCA to tax whistleblowers.

Second, the FCA mandates timelines and judicial oversight for the disposition of cases, and forces the government to make decisions in a timely fashion and inform whistleblowers of the outcomes of cases. The IRS has come under criticism for not communicating well with tipsters about the status of cases and for not proceeding with a sense of urgency to pay awards to whistleblowers.

Third, the FCA allows the government to outsource anti-fraud cases to the private attorneys who represent whistleblowers. And it protects, rewards, and empowers whistleblowers to litigate complex cases at little cost to taxpayers.  In 2015, private lawyers brought in $1.2 billion in FCA cases that the Justice Department declined to pursue, effectively augmenting Department of Justice resources.

Finally, the FCA has a record of success when states use their versions in tax cases. In 2010, New York began using its FCA to cover tax fraud. In April of 2017, it announced a $40 million tax settlement with a major hedge fund. An even larger New York tax case is winding its way through court system alleging that Sprint Nextel evaded over $100 million of state sales taxes. Proponents say that New York’s law protects, rewards, and empowers whistleblowers while preventing frivolous cases.

Several states are following New York’s lead. If Congress wants to fight tax fraud and close the tax gap without burdening honest taxpayers, it should expand the federal FCA to include violations of the Internal Revenue Code.