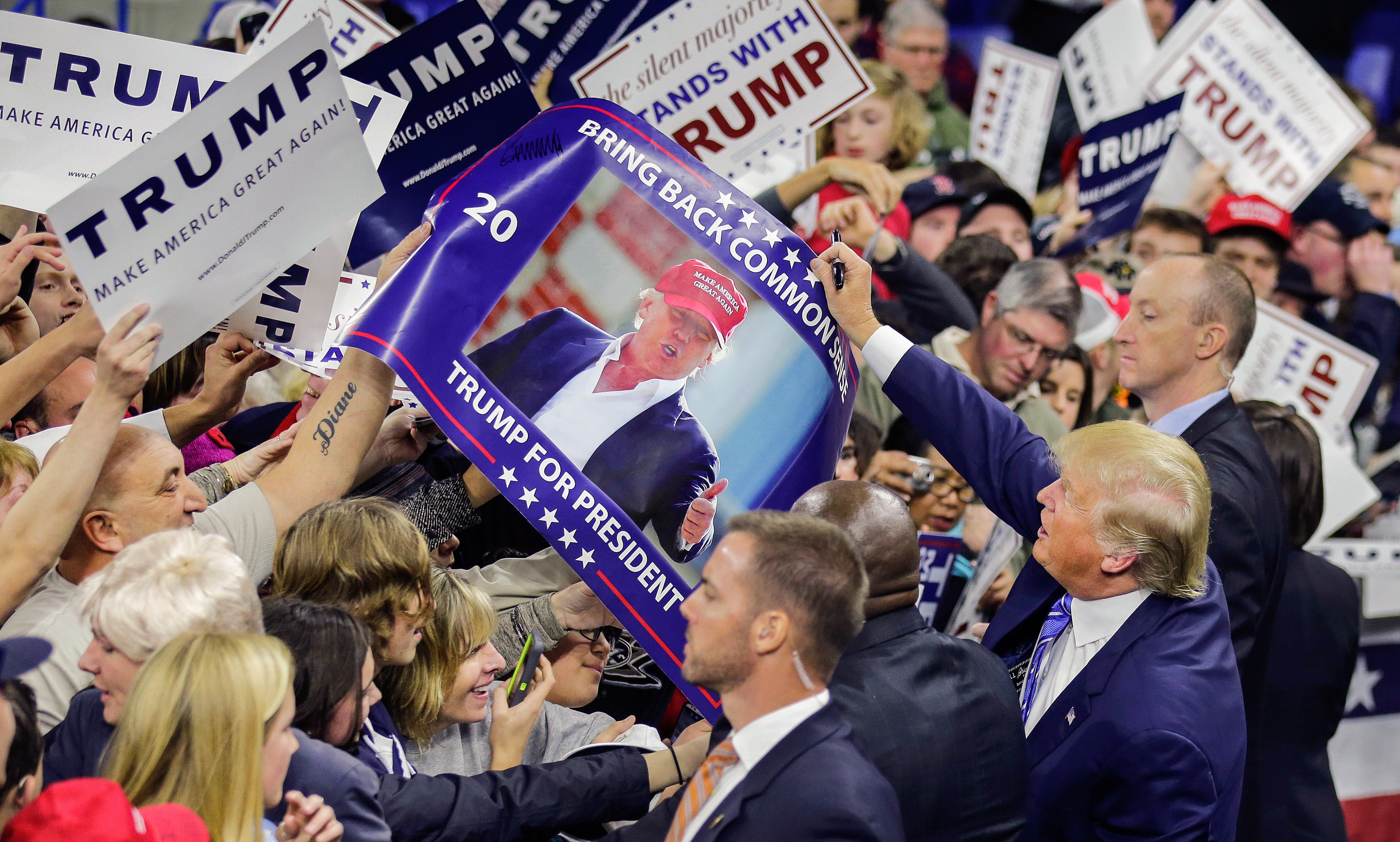 Donald Trump, who likes superlatives, has weighed in with his version of a standard cut-the-rates, broaden-the-base tax reform. And like many other GOP tax rewrite proposals, this one appears to be an enormous tax cut skewed largely in favor of high-income households. While Trump claims the plan would pay for itself after three years, he provides few details about what taxes he’d raise to offset his tax reductions.

In a press conference today, Trump claimed his plan would generate economic growth of up to 6 percent annually. Unless it did (and maybe even if it did), Trump’s plan would add trillions of dollars to the federal debt over the next decade. However, the proposal is so vague that it is not possible to know just how much revenue it would lose.

Many elements of Trump’s plan are similar to Jeb Bush’s recently-released proposal, though they differ in some key details. For instance, Trump proposes much deeper rate cuts for both individuals and businesses. But, at heart, both retain the basic framework of the individual income tax, in contrast to presidential hopefuls such as Rand Paul, who backs a consumption-type tax.

For individuals, Trump collapses the current seven-rate structure to four—0-10-20-25. That zero bracket would apply to single-filers making $25,000 or less and couples below $50,000. Trump’s top 25 percent rate would apply to couples filing jointly with income in excess of $300,000 and singles making half that much.

Trump would repeal the Alternative Minimum Tax and the estate tax, and promises to end the marriage penalty (but doesn't say how). Couples making less than $100,000 would pay no tax on capital gains and dividends, while top-bracket taxpayers would pay a 20 percent rate, down from today's 23.8 percent (including the Affordable Care Act surtax).

He’d slash the corporate tax rate from 35 percent to 15 percent. Pass-through businesses would pay that low rate as well, a provision that could dramatically change the way partnerships and S-corporations are taxed and making it possible for many to substantially reduce their tax liability. Today, those firms must pay at the individual rate, which tops out at 39.6 percent.

How would Trump pay for all this? He’d cap the value of individual deductions, though it is not clear exactly how. He’d end deferral of US tax on business income earned abroad (though he’d retain the foreign tax credit and the 15 percent rate would take much of the sting out of this provision). And he’d impose a one-time 10 percent tax on current unrepatriated corporate earnings. He also promises to “reduce or eliminate some corporate loopholes” (he doesn’t say which ones) and cap the deductibility of business interest expense (he doesn’t say how).

Trump also touts his plan to repeal carried interest, the tool that hedge fund managers use to turn their compensation into tax-preferred capital gains. But there is much less to that plan than meets the eye. After all, with a little financial engineering, partners could pay at the new pass-through business rate of 15 percent.

But, mostly, Trump appears to be relying on the premise that his tax reform would “make America great again” and generate extremely robust economic growth. In his press conference today, Trump said this about the growth his plan would generate: “We are looking at a 3% but we think it could be 5 [percent] or even 6 [percent]. We are going to have growth that will be tremendous.”

It is hard to know what to make of this. The economy is already growing at roughly 3 percent so Trump’s plan would generate no additional revenue by that measure (though perhaps Trump was being more candid than he intended). On the other hand, the idea that his tax plan would double growth to 6 percent seems well beyond the bounds of credibility. Indeed, if the plan is not financed and adds to the deficit, it would likely slow the economy in the long run.

Like most politicians before him, Trump has highlighted the tax cuts in his plan, while hiding the offsetting tax increases in a black box. He does not identify a single tax preference that he’d eliminate, and he describes caps and phase-outs of tax breaks in only the most general way.

As a result, it is hard to really know what his plan would cost or exactly who would benefit. The only thing we know for sure is that the self-professed anti-politician has come up with a remarkably conventional tax cut—just one that’s bigger than most.