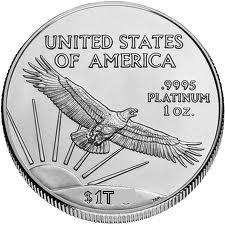 Is the Trillion-Dollar Platinum Coin Clever or Insane? 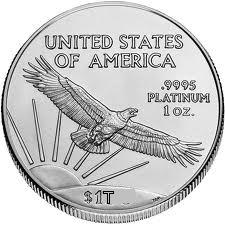 Jim Hamilton's Mock Up of a Trillion Dollar Coin

Policy wonks are debating whether a trillion-dollar platinum coin would be a clever or insane way for President Obama to play hardball with Republicans in the upcoming debt limit battle. Here’s what you should know about this crazy-sounding idea:

That is exactly as it should be. But there is an arcane exception for platinum coins. To serve coin collectors, Treasury can issue platinum coins of any denomination. That creates an intriguing loophole: Treasury could bypass the collector market and mint a trillion-dollar platinum coin. By depositing it at the Federal Reserve, Treasury could keep paying bills after we’ve fully exhausted our borrowing limit.

2.     Most observers think this is a terrible idea, but the legal arguments against it are weak at best.

A who’s who of commentators has already objected to the coin on legal, economic, political, and image grounds (see, for example, John Carney, Matt Cooper, Tyler Cowen, Kevin Drum, Jim Hamilton, Heidi Moore, and Felix Salmon). I’m no lawyer, but the legal arguments seem wholly unconvincing. The language of the statute is clear, and in any case, the executive branch gets away with expansive actions in extreme times. During the financial crisis, for example, Treasury aggressively interpreted its authorities in order to bail out GM and Chrysler and to backstop money market funds. If default became a real possibility, the same expansiveness could easily justify a platinum coin.

3.     The economic arguments against the coin are stronger but manageable.

There’s a good reason that Treasury is forbidden from printing money to pay our debts: inflation. Many economies have been ruined when profligate governments turned to printing money. But minting the platinum coin needn’t mean monetizing our debt. The Federal Reserve has ample ability to offset any inflationary impact by selling some of the trillions in Treasury securities it already owns. As long as the Fed does its job, inflation would not be a risk.

4.     The best arguments against the platinum coin involve image and politics.

Minting a trillion-dollar coin sounds like the plot of a Simpson’s episode or an Austin Powers sequel. It lacks dignity. And despite modern cynicism, that means something.

It would also be premature. President Obama and the Republican and Democratic members of Congress have roughly two months to strike a debt limit deal. There is no reason to short-circuit that process, as painful as it may be, with preemptive currency minting as the now-famous #MintTheCoin petition to the White House suggests.

5.     Nonetheless the platinum coin strategy might be better than the alternatives if we reach the brink of default.

Analysts have considered a range of other options for avoiding default, including prioritizing payments, asserting the debt limit is unconstitutional, and temporarily selling the gold in Fort Knox. All raise severe practical, legal, and image problems.

6.     If necessary, Treasury should mint smaller platinum coins, not a trillion-dollar one.

A trillion-dollar coin is eye-catching and ridiculous. That’s why it’s filled the punditry void left by the fiscal cliff. But a single coin makes no policy sense. No federal transactions occur in trillion-dollar increments.

Among the largest transactions are Treasury bond auctions, which today raise about $25 billion at a time. If necessary, Treasury could issue individual $25 billion coins, each in lieu of a needed bond auction. Still ridiculous, to be sure, but less so as it would calibrate coin issuance to immediate financing needs.

Steve Randy Waldman suggests as even more granular approach: issuing coins denominated in millions not billions. Such “small” denominations would be even less ridiculous and could potentially be used in transactions with private firms, not just Fed deposits.

Of course, the best path would be a bipartisan agreement to increase the debt limit, address spending cuts, and strengthen our fiscal future, all settled before the precipice. If we reach the brink, however, minting million- or billion-dollar platinum coins would be better than default.