Yesterday, the Treasury Department announced it would keep, but limit, an important tool added by the Obama Administration to stem tax-driven corporate inversions: the regulations that curbed earnings stripping. Whether Treasury’s new rule will be as effective as the old one is hard to say, as we await more detail.

The old regulations treated notes (i.e., debt securities) that are given, without consideration, by a US corporation to a foreign affiliate as stock, not debt. They also treated notes as stock if they were issued by a US corporation for cash, or other property, from a foreign affiliate, and the cash or property funded a distribution to the affiliate within 36 month of the issuance of the notes (in effect, a US corporation could not issue a note for cash and return the cash). In either case, payments on the notes are treated as dividends, which are not deductible, instead of interest, which is.

Prior to the 2016 regulations, a foreign company could acquire a US firm, through inversion or other combination, and direct the US subsidiary to issue new debt securities to the foreign parent. In practice, the US firm often did not actually borrow any money from its parent—it just gave a note to the parent and paid interest that was deductible against the US firm’s earnings and taxable to the foreign corporation. That practice, called “earnings stripping,” shifted taxable earnings from the US to the parent’s country, where the corporate tax rate generally was lower.

Earnings stripping is classic tax avoidance. Since the “debt” would not be enforced by the parent, the transaction was no more than an accounting trick to shift taxable income from a high-tax to a low-tax jurisdiction. Though the Tax Cuts and Jobs Act (TCJA) lowered the US corporate tax rate, the lower rate, by itself, would not end the attraction of earnings stripping. Many foreign countries still have lower corporate income tax rates than the US, so earnings stripping remains potentially profitable.

The Obama Administration’s earning stripping regulations, along with other anti-abuse regulations, slowed foreign acquisitions of US corporations, at least those that were tax motivated. 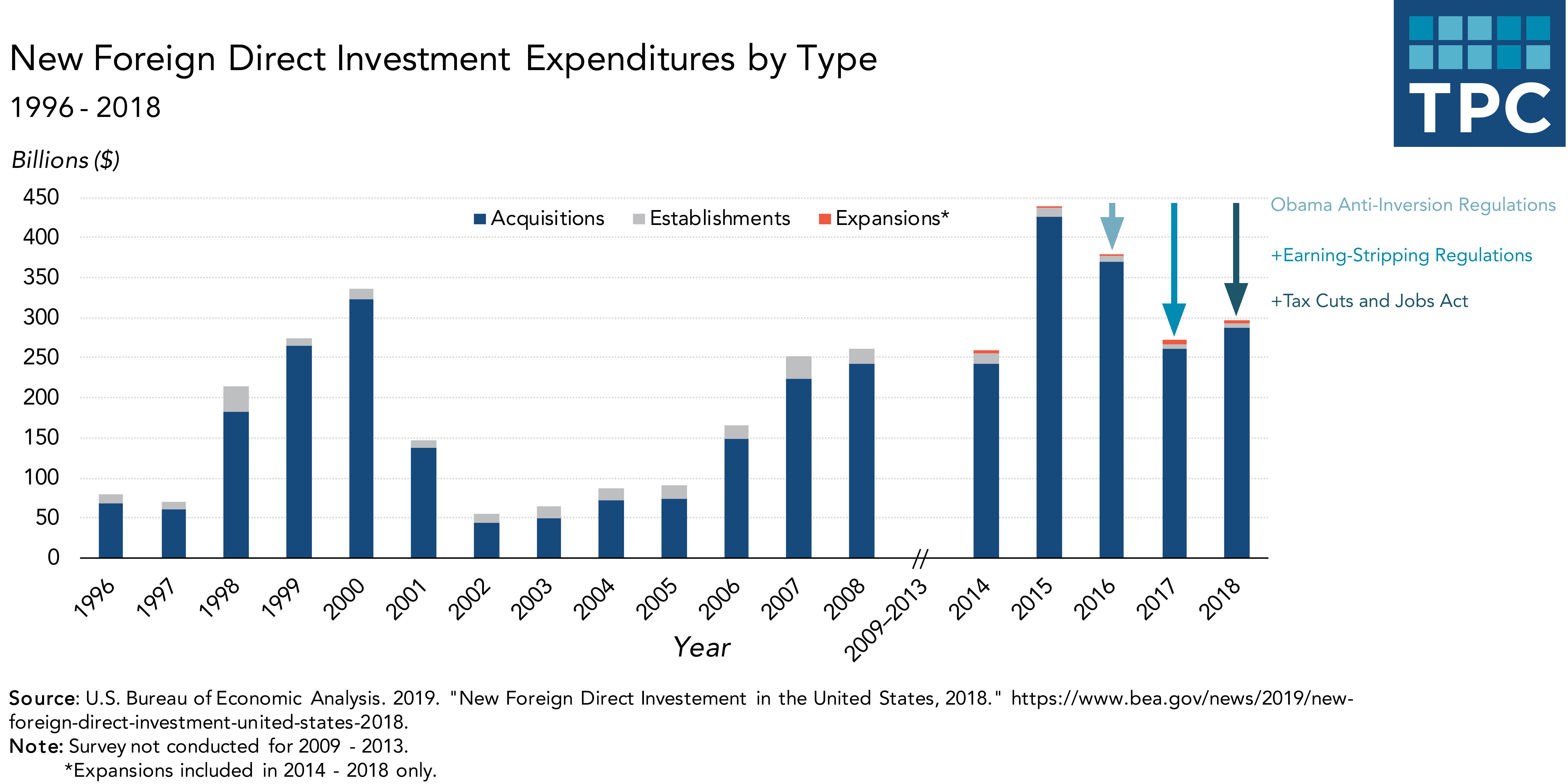 In 2018, after Congress enacted the TCJA, foreign acquisitions of US corporations stayed low, albeit a little higher than the prior two years, presumably because the new tax law encouraged more foreign operations in the US.

The TCJA also added anti-abuse rules to encourage real investments in the US rather than accounting gimmicks. But the law still left gaps, which the Obama-era Treasury regulations continue to fill. For example, the TCJA denies deductions for payments to related parties (the base erosion anti-abuse tax, the “BEAT”), but only for payments by US companies with gross receipts of $500 million or more and a 3% “base” erosion or higher (base erosion is the ratio of base erosion payments over total deductions, with many special rules).

The TCJA also added a new earnings stripping rule, 163(j), but it requires firms to defer only interest that exceeds 30% of their earnings, with certain deductions added back. By contrast, the Obama Administration earnings-stripping regulations disallowed, permanently, interest on any “notes” given to a foreign affiliate.

As Treasury acknowledged in yesterday’s announcement, if the 2016 earnings stripping regulations are revoked completely, a foreign firm could once again direct a US subsidiary to distribute “notes” to lower its US tax liabilities. However, Treasury now plans to narrow the scope of the old regulations, by replacing the 36-month anti-abuse rule with a more “streamlined” anti-abuse rule (to be proposed). That new anti-abuse rule might be triggered only if the IRS could establish there was actually a plan to return the cash received for the note. Time will tell whether a more streamlined anti-abuse rule will work as effectively as the strict 36-month rule.