After the Tax Policy Center published our analysis of Senator Cruz’s tax plan, the campaign told us that they also intend to expand the Earned Income Tax Credit (EITC). This change would modestly increase after-tax incomes of low-income families while increasing the cost of the overall Cruz proposal.

The EITC is a refundable tax credit that subsidizes earnings for low income families. Beginning at the first dollar earned, the credit phases-in as a fixed percentage of earnings until the credit reaches a maximum dollar value. The credit is constant at the maximum value over a range of income that depends on marital status, after which the credit begins to phase-out. The maximum value of the EITC increases with family size (up to three children). 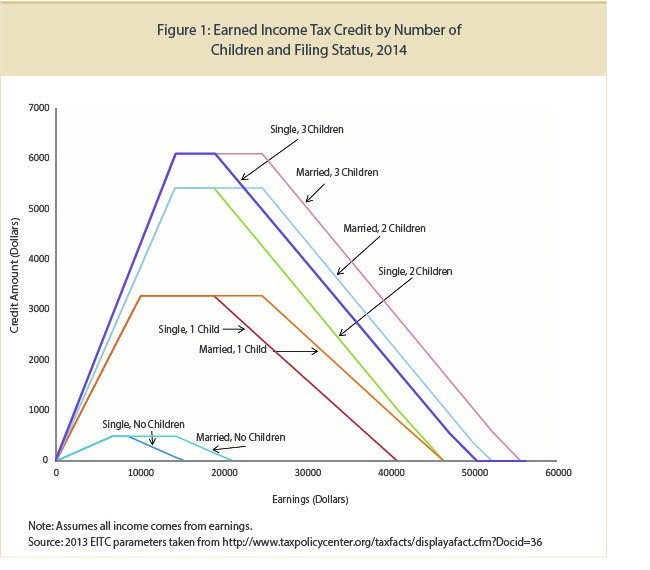 The modification raises the total cost of the Cruz plan by nearly $150 billion over the ten year budget window, from $8.6 trillion to $8.75 trillion (before accounting for interest costs or macroeconomic feedback effects).

Compared with the earlier proposal, the modified Cruz plan would increase 2017 after-tax income for the bottom three income quintiles by $116 (0.9 percent), $169 (0.5 percent), and $53 (0.1 percent), respectively. Higher income earners would be largely unaffected by the changes. 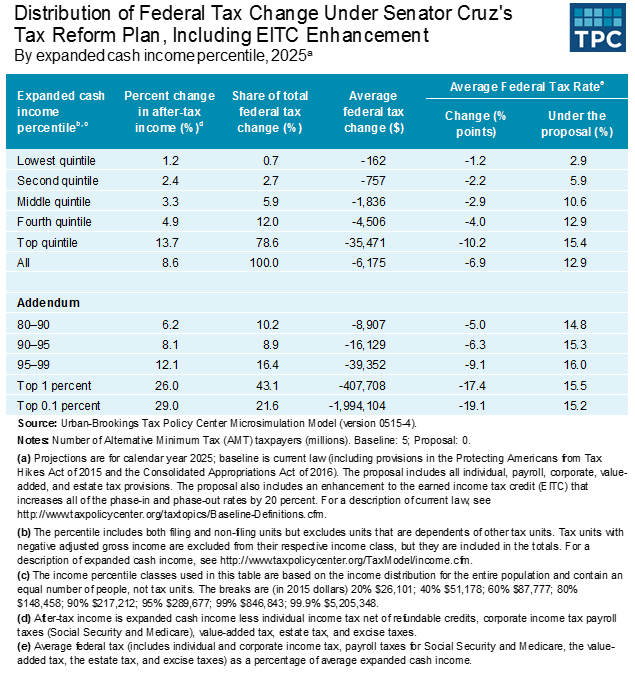 Note: This post was updated to correct the sub-head on the distribution table.  It refers to 2017, not 2025.