Just as state governors and legislators are figuring out how to spend their unexpected budget surpluses, global events could wipe out much of those gains in fiscal year 2023.

State revenue growth was strong in fiscal year 2021, despite widespread economic disruptions caused by the global pandemic. But it appears the current fiscal year 2022 (July-June for 46 of the 50 states) may end up with weaker revenue growth, and forecasters are now projecting a gloomier outlook for fiscal 2023. The current global geopolitical crisis, continued uncertainties related to the ongoing pandemic, high inflation, and evolving federal monetary policy could all muddle the revenue outlook for the states. 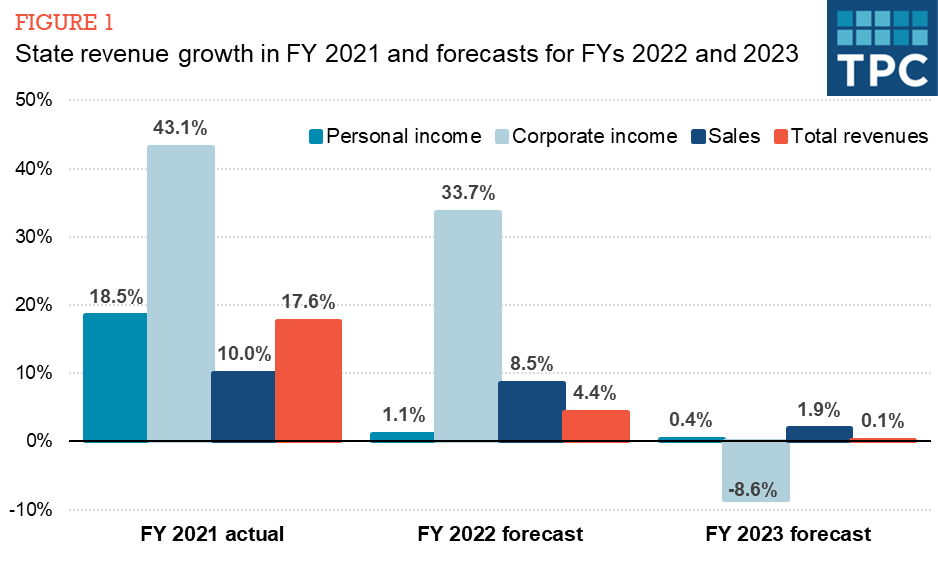 For the first half of the fiscal year 2022, most states were experiencing strong revenue growth despite—or possibly because of—inflation, but now the outlook is fuzzier. States are finalizing their fiscal year 2023 budgets, with many governors initially proposing tax cuts, expansions in spending programs, or both.

It’s important to note that these growth rates are in nominal terms. Because inflation is currently at all-time high for the last four decades, current forecasts would actually translate into revenue declines in inflation-adjusted terms. Also, in most states these revenue forecasts were prepared prior to the current geopolitical turmoil, leaving out the potential impact of rising oil prices and other supply chain issues on the economy and state budgets.

With Tax Day here, state revenue forecasters are scrambling to figure out what their income tax revenues will look like, considering the tax cuts enacted last year in several states. Big revenue swings around Tax Day can cause havoc with state budgets. The average state forecast for personal income tax revenues is 1.1 percent growth for fiscal year 2022, while the forecast in the median state is a 0.3 percent decline.

On the other hand, states are forecasting solid growth in sales tax revenues for fiscal 2022; the forecast for the nation is 8.5 percent growth, while the forecast in the median state is 7.3 percent. Sales tax revenue growth is largely pumped up because of the higher prices caused by the high inflation. 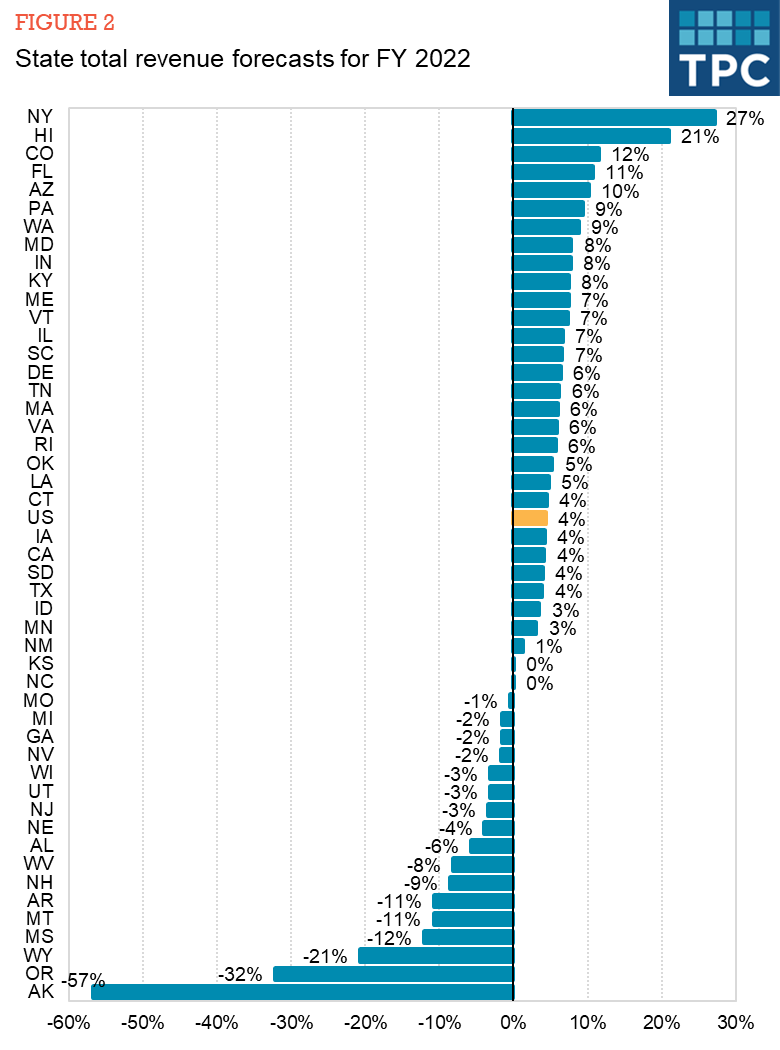 Current forecasts for fiscal year 2023 show a significant moderation in growth from the recent robust revenue performance. While many states still have to finalize revenue forecasts in the next few weeks, risks to the forecasts are skewed to the downside due to an elevated probability of recession on the horizon. Economists are already raising warning signals. Chief economist Mark Zandi of Moody’s Analytics cautions that spending growth will slow down, while economists at the Deutsche bank are forecasting a recession.

Whether the economy and state revenues will run into significant headwinds or not, forecasters in the states have a difficult job trying to finalize revenue projections on the heels of a historically volatile time and more uncertainty ahead. Regardless, state governors and legislatures should carefully consider new revenue forecasts before finalizing and passing their budgets, particularly in light of recent tax cuts that could complicate long-term budget stability.