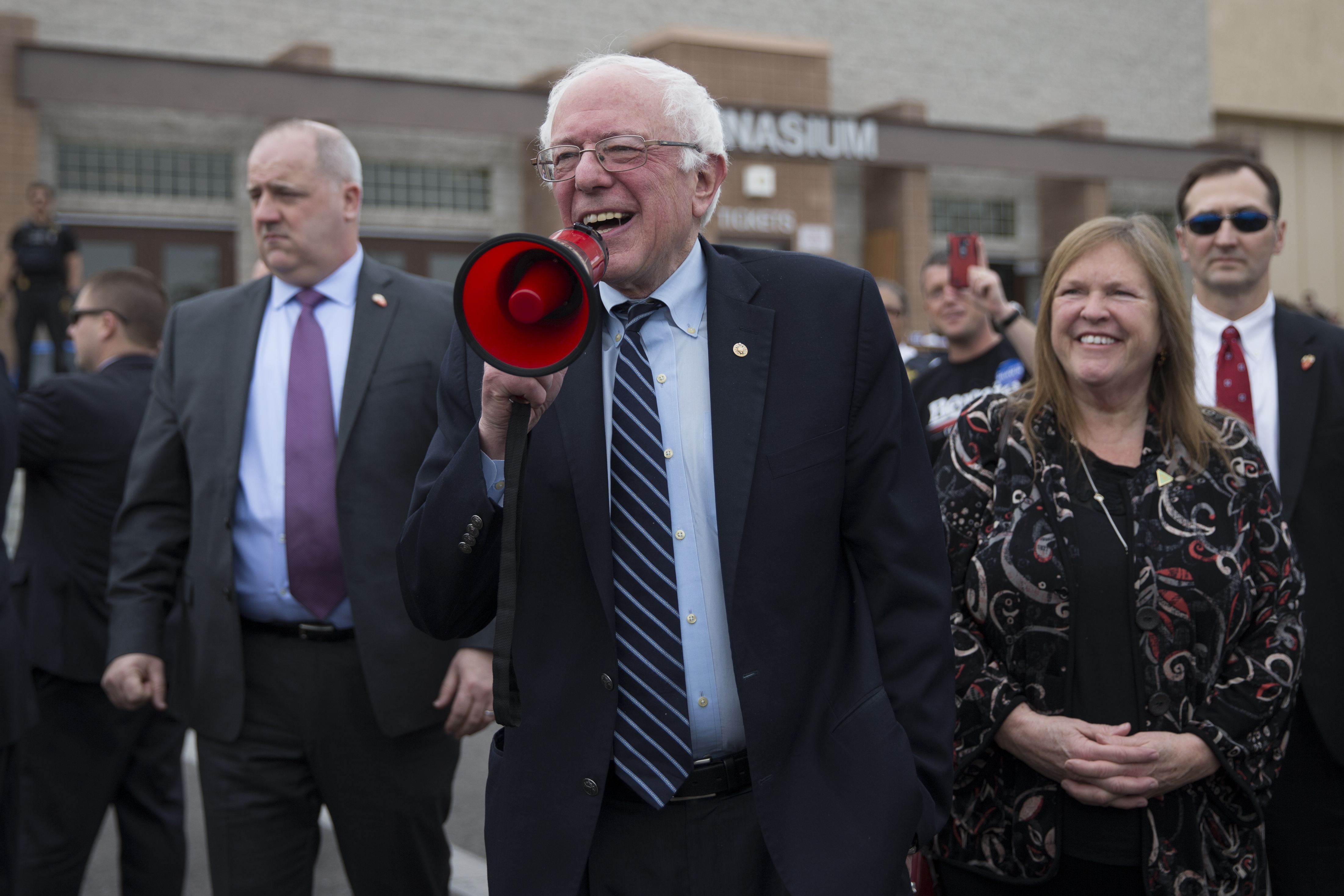 Democratic presidential hopeful Bernie Sanders has proposed a tax increase of $15.3 trillion over the next decade, according to a new analysis by the Tax Policy Center.  The tax hikes-- which would help finance Senator Sanders’ ambitious new spending programs for health care, education, and family leave--would be the largest since World War II.

Sanders would raise taxes by 6.4 percent of Gross Domestic Product over the next 10 years, and by 7 percent of GDP, or more than $25 trillion, over the following decade. In 2017, U.S. households would face an average tax hike of nearly $9,000. 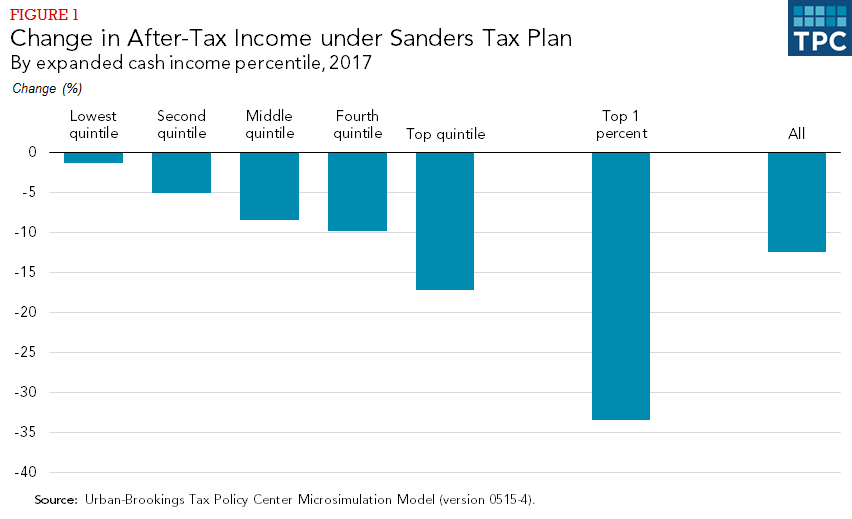 “A wide range of tax hikes”

The Sanders plan includes a wide range of tax hikes for both individuals and businesses.

For individuals, he’d lower the top rate on taxable income to 28 percent but add a new tax on adjusted gross income. On top of that, he’d add an additional 2.2 percent tax on all taxable income to finance his Medicare-for-all health plan. The result: a maximum rate of 54.2 percent for those making $10 million or more (and some taxpayers could pay a top rate of up to 64.2 percent on investment income).

He’d change the tax treatment of foreign income of U.S.-based multinationals. He’d end the practice of deferral, where these firms would owe no U.S. tax until they repatriate foreign earnings back to the U.S.; he’d curb the use of inversions that allow U.S. firms to reduce taxes by merging with foreign partners; and he’d curb the related practice of earnings stripping where firms shift deductible interest costs to the U.S., and taxable income to subsidiaries in low-tax jurisdictions.

Sanders would also create two big new excise taxes: a financial transactions tax and a carbon tax. The carbon tax would start at $15 per ton of CO2, increase to $73 in 2035, and rise by inflation plus 5 percent after that. He’d fully rebate the carbon tax for those making $100,000 or less and gradually phase out the rebate after that.

TPC found that, taken together, the Sanders tax increases would substantially reduce incentives to save, invest, and work. His plan would increase marginal effective tax rates on business investment by nearly 9 percentage points and on wages by nearly 8 percentage points.

Sanders argues that while many households would pay higher taxes, they’d also receive greater government benefits. For instance, he notes his health plan would eliminate health insurance premiums for all Americans and that the savings would more than offset his tax increases.

TPC was not able to model those trade-offs. However, here is a bit of context:  The average annual unsubsidized premium for a mid-level family plan on the health exchange is $16,800. Subsidized premiums vary by state but average about $2,500 for an individual (not a family). Many low-income people receive Medicaid and pay no premiums.  Thus, it appears that while many people would benefit from this trade-off, others, especially low-income workers who already get Medicaid at no cost but would pay higher taxes under the Sanders plan, would lose.

Democratic presidential candidate Sen. Bernie Sanders, I-Vt., stands with his wife Jane and speaks to a crowd outside of a rally at Bonanza High School, on Sunday, Feb. 14, 2016, in Las Vegas. (Evan Vucci/AP Photo)