The Post-TCJA Economy Continues To Grow

The beginning of the US economy’s second year under the Tax Cuts and Jobs Act was largely positive, though some troubling signs lurked just beneath the good news.

The government’s initial estimate of first quarter Gross Domestic Product (GDP) reported a surprisingly strong annualized growth rate of 3.2 percent, up from 2.2 percent in the fourth quarter of 2018 and a solid improvement from the 2.1 percent pace of a year ago. 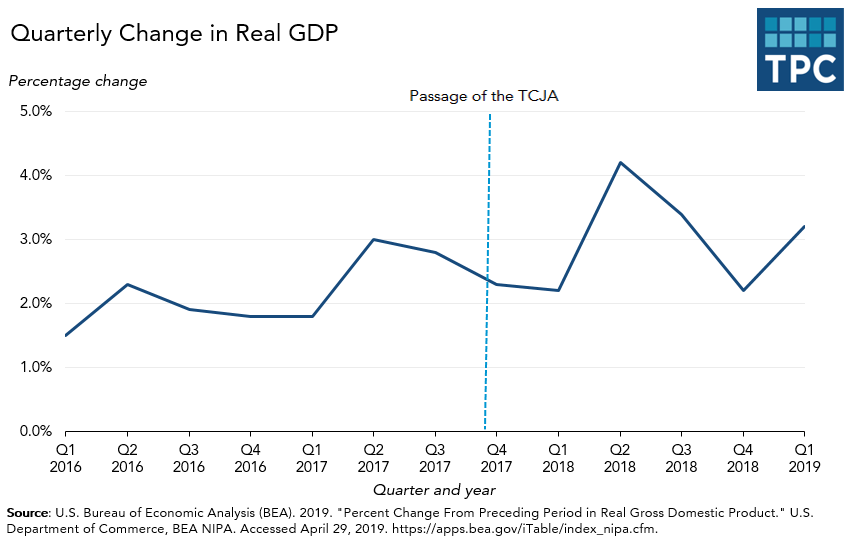 The major reasons for the quarter’s strong growth: a burst in exports, a decline in imports, and a rise in inventories that, combined, accounted for about half of the economy’s first quarter growth. It is hard to attribute any of those factors to tax cuts. And they likely are temporary factors that could well reverse in coming months.

Increased state and local government spending also contributed to a significant chunk of growth. Personal spending, the biggest driver of the US economy, rose at an annual rate of only 1.2 percent as households purchased more services and consumer goods but spent less on durable goods such as large appliances. It at least makes one wonder whether the Keynesian stimulus of the TCJA is fading.

While workers and others may not have been spending robustly, the labor market remained strong.  Except for a weak February, job creation so far this calendar year has been solid, up an average of about 193,000 through April. That, however, is roughly the same as the pre-TCJA levels of 2016 and 2017, and down somewhat from the monthly average of 227,000 last year. 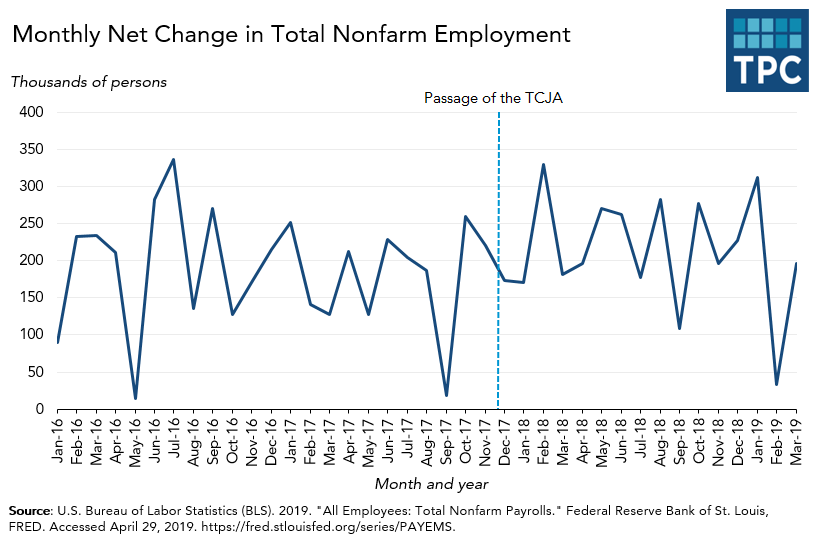 Capital spending as measured by non-residential fixed investment grew at an annual rate of 2.7 percent in the first quarter, well below the pace of the first half of 2018—the period right after passage of the TCJA.

The growing economy and low inflation, combined with the Federal Reserve’s decision to hold short-term interest rates steady, has resulted in continuing growth in equity values. Only President Trump’s on-again, off-again, threats of renewed trade wars with China and Europe seem to slow the steady upward movement of the stock market 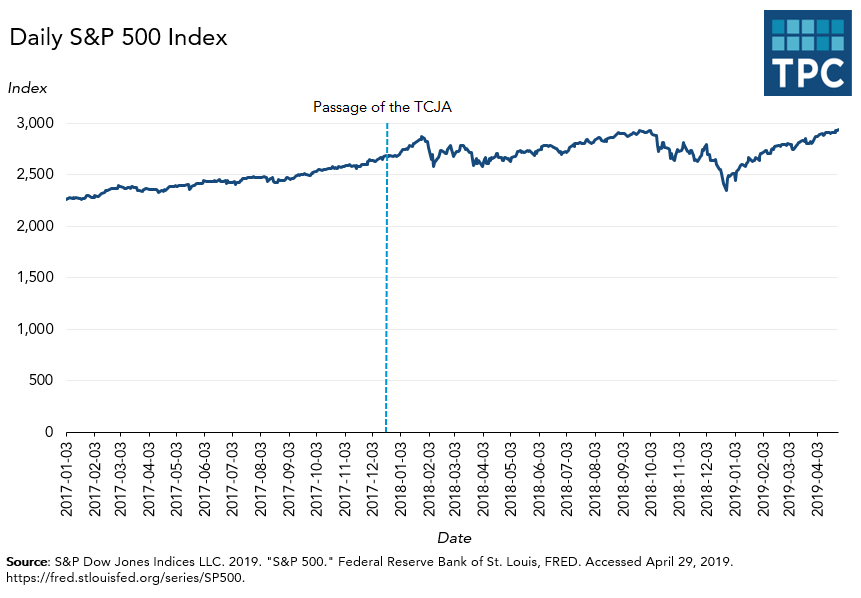 The state of federal finances continued to deteriorate, a surprise to few outside the White House given the $1.5 trillion loss in federal revenues due to the TCJA and higher federal spending. 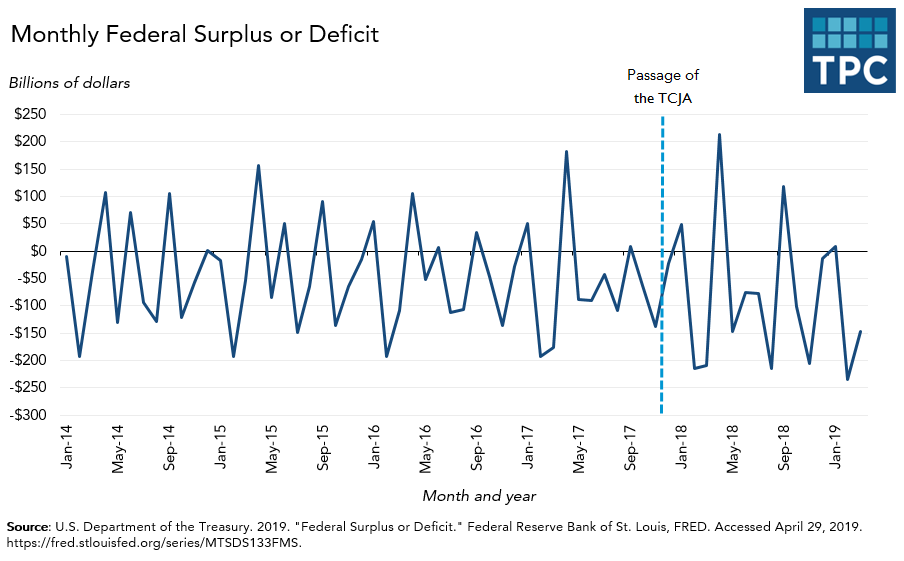 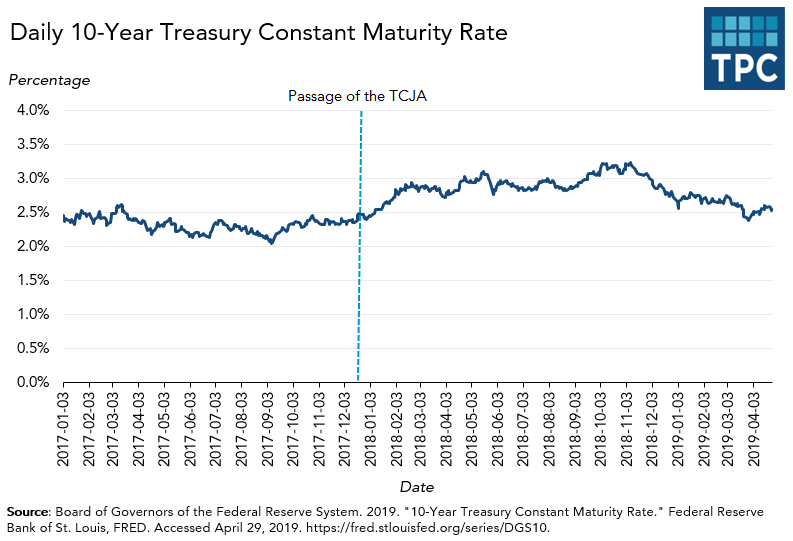 In sum, the post-TCJA economy remains healthy, essentially continuing the recovery that began after the economy bottomed out during the Great Recession a decade ago. But despite last quarter’s strong results, the economy may be returning to pre-TCJA growth rates following 2018’s Keynesian bump.