The Tax Policy Center estimates Biden’s foreign minimum tax proposal could raise roughly $50 billion a year. It would also sharply increase the average CIT rate—the ratio of income tax to corporate profit—on foreign investments of US-based multinationals by about 4 percentage points. This would put US firms at a disadvantage relative to foreign multinational enterprises (MNEs), most of whose home countries have “territorial” systems that exempt active foreign earnings from CIT.

All else being equal, Biden’s proposal would likely reignite corporate inversions—transactions where US multinationals become foreign multinationals, usually through acquisition by a foreign company. The Biden administration could avoid this by aligning its reform of the GILTI regime with the OECD’s Base Erosion and Profit Shifting (BEPS) Pillar 2 proposal for worldwide minimum corporate income taxation.

The current GILTI tax has the following main features:

Biden’s platform argues that a greatly strengthened foreign minimum tax is needed to prevent US firms from investing and shifting profits offshore, where taxes are lower. These practices can lower US wages and tax revenue.

By contrast, many other governments claim that exempting foreign earnings simplifies tax  administration and compliance, and makes their firms more competitive when they make foreign acquisitions—the dominant form of foreign direct investment. Along with inversions, complexity and loss of competitiveness are the main costs of a worldwide system.

A well-designed reform can help minimize these costs. With global pooling, MNEs can use foreign tax credits generated in high-tax countries to shield profits reported in low-tax countries from the US minimum tax. But limiting pooling to a country-by-country basis prevents this, concentrating the effect of the US worldwide tax on foreign profits booked in low-tax jurisdictions. Figure 1 shows that the revenue gains from Biden’s foreign minimum tax, calculated using IRS Statistics of Income MNE country-by-country report data, come from countries with relatively low effective tax rates. 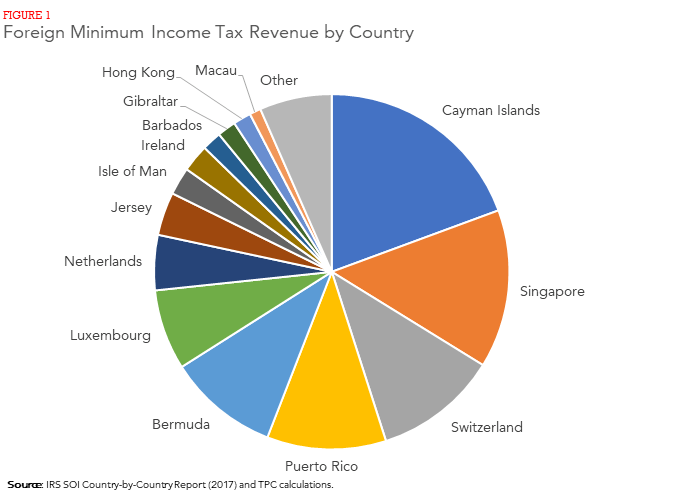 Excluding a 10 percent return on foreign tangible investment from the worldwide tax base limits it to profits in excess of a normal returns, or “rents.” This would further target tax havens, which receive little real investment (Figure 2), and limit the increase in the average US tax rate on foreign earnings to about 2.5 percentage points. As a result, US firms would face less tax-based competition and be less likely to engage in inversions. 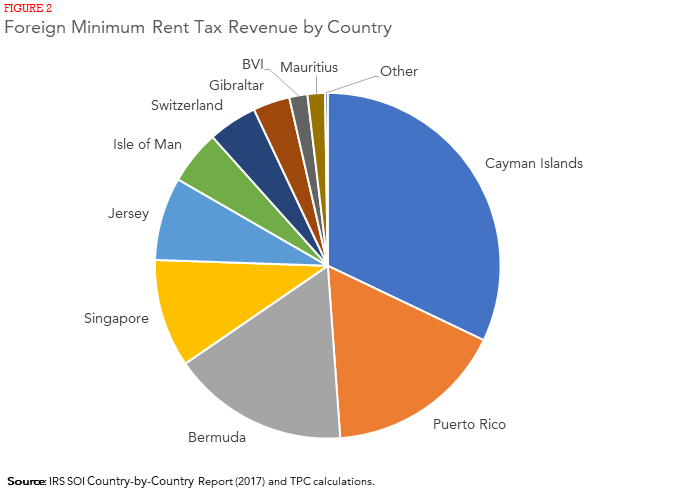 The main global policy arguments for worldwide taxation are that it helps prevent not only profit shifting but also a “race to the bottom” in corporate tax rates. Indeed, over the past few decades, the trend toward territoriality has been accompanied by a decline in CIT rates as countries compete to attract investment by multinationals.

The OECD BEPS Pillar 2 initiative may signal a reversal of this trend. Though the OECD Pillar 2 blueprint is still unfinished, it appears likely to set a statutory tax rate of about 12.5 percent, exclude a normal return on foreign investment, and limit pooling to a country-by-country basis.

A US worldwide, country-by-country tax on offshore rents would thus be consistent with the OECD’s Pillar 2. To the extent foreign countries adopt this model, inversion pressure from the US foreign minimum tax should abate.

The simplest way to reform GILTI is to switch from a global minimum tax to a country-by-country levy, and leave its other features intact. Increasing the US corporate income tax rate to 28 percent would then automatically raise the effective GILTI rate to 14 percent—not far from the likely Pillar 2 rate of 12.5 percent. This would limit the increase in the average US tax rate on foreign earnings to about 2 percentage points.

Ultimately, the sustainability of any US worldwide tax regime will depend not only on its own design, but also on foreign CIT regimes. If the US imposes a significant tax on foreign earnings while other countries exempt them, then US MNEs will experience competition and inversion pressures.