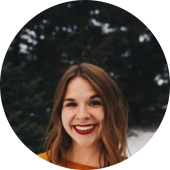 Immigrant Parents Are Less Aware of Child Tax Credit Than US-Born Parents and More Likely to Plan to Use It to Invest in Education, Fill Gaps in Child Care and Health Care

Immigrant parents are less likely to have heard about the expanded child tax credit (CTC) than parents born in the United States, according to a survey conducted in early July. They’re more likely to see the credit as a way to invest in their children’s education and pay for child care and health care.

The American Recovery Plan temporarily expanded the CTC for 2021. It also allowed eligible parents to start receiving a portion of the 2021 credit in monthly payments this year rather than waiting until after they file their next tax return. Children under age 18 with a social security number (SSN) can qualify for the expanded child tax credit, as long as they meet the other tests of eligibility. If their parents lack an SSN, they can claim the credit with an Individual Taxpayer Identification Number (ITIN) – available to noncitizens who file tax returns.

The survey of parents, conducted the week before the first round of the advanced monthly CTC began being paid, found that while 90 percent of US-born parents knew about the expanded CTC, compared to three quarters of immigrant parents were aware of the credit. A recent study of California families has shown that being Hispanic and speaking Spanish at home are associated with being at greater risk of not receiving the CTC. This may explain, in part, the differences we see in CTC awareness for immigrant families in our survey. 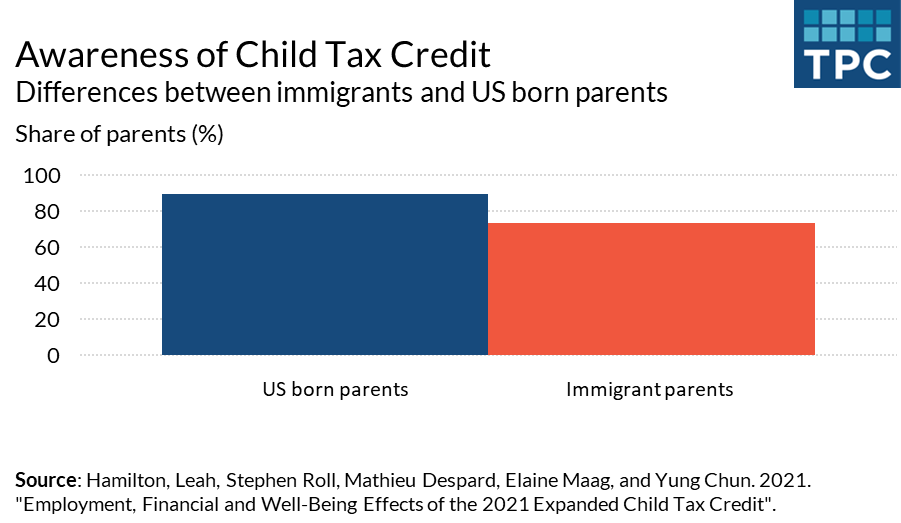 Immigrant parents had different plans for the credit’s use than US-born parents. They were more likely to focus on investing in their child’s education—either by using the credit to pay for tutoring or setting it aside for their child’s college fund.

Even among families with similar income, a greater share of immigrant parents anticipated using the credit for child care and health expenses. Those differences possibly arise because immigrant parents have less access to subsidies for child care and health care subsidies than US-born parents. And even when eligible, many immigrant families are reluctant to sign up for Medicaid, Supplemental Nutrition Assistance Program, or similar non-cash government benefits because of concerns about immigration status. 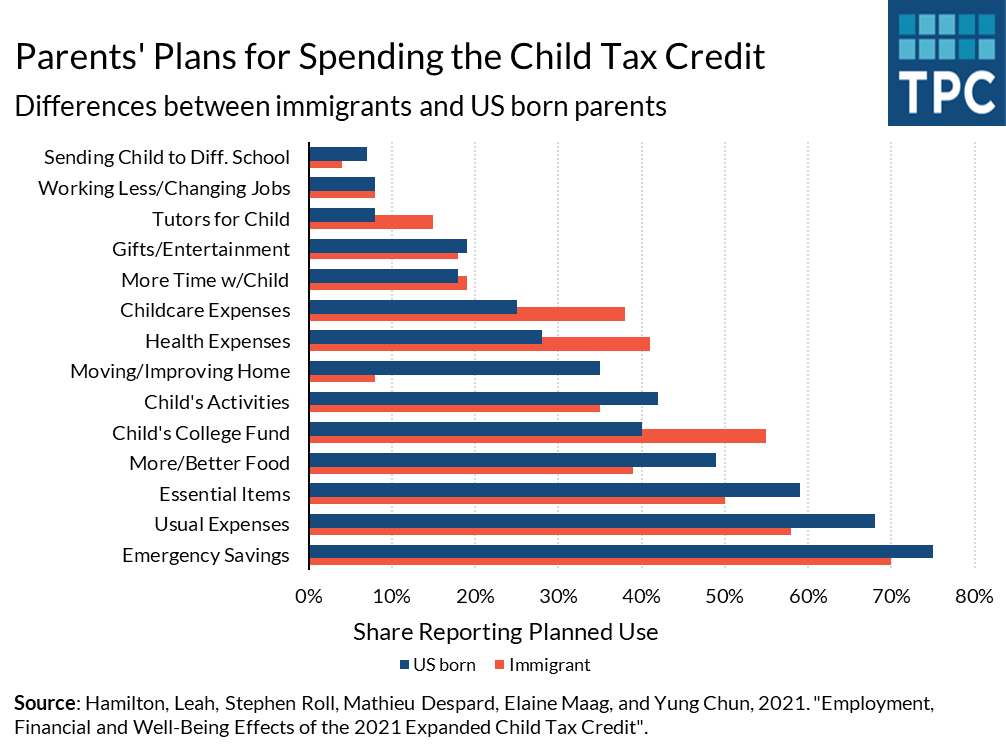 The CTC has become an important source of ongoing support for many parents. About 18 million children in the US live with at least one immigrant parent. It can be an important vehicle for investing in children and filling the gaps in the safety net. Making sure eligible parents, including immigrant parents, are aware of the credit is critical to its success.