While the Tax Cuts and Jobs Act (TCJA) did not directly change the rules for the child and dependent care tax credit (CDCTC), other provisions of the law lowered the value of the credit for many low- and moderate-income families. While most of those households still benefit modestly from the TCJA overall, they lost some or all of the benefit of the child and dependent care credit. That is a step backwards in providing additional help to families who pay for child care to work or attend school.

The problem was caused by a change to a separate provision, the Child Tax Credit (CTC). Under prior law, families could receive their full $1,000 per child CTC as a refund. But when the CTC was increased to $2,000 (as other tax benefits were reduced), only part of the CTC increase was made refundable. Thus, families that would have received their full CTC as a refund last year now receive only part of their (increased) CTC as a refund. The rest of the CTC is used to offset income taxes owed, reducing the benefit possible from the CDCTC. Because higher income families generally owe more tax than the CTC offsets, they continue to benefit from the CDCTC at the same rate as in prior years. 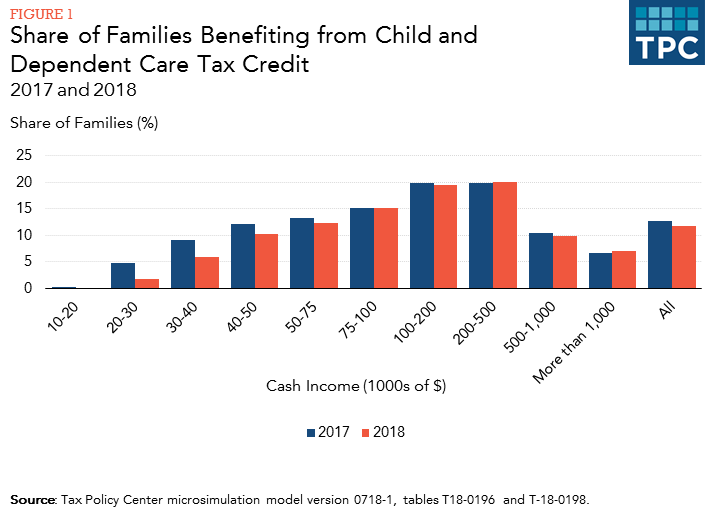 Even among those families that still benefit from the CDCTC, on average, families will receive less in 2018 than they did in 2017. For example, average benefits dropped by about $100 for families with incomes from $30,000 - $50,000. However, for high income families, benefits remain essentially unchanged. 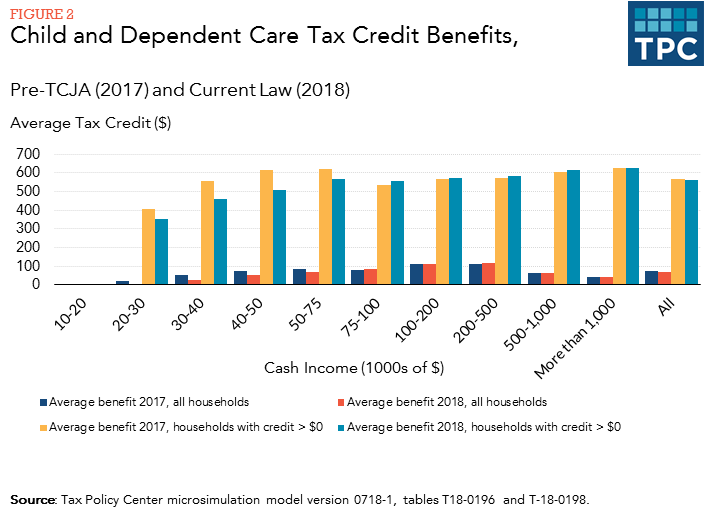 The majority of families still are better off under the TCJA than they would have been under the old tax law. But low- and moderate-income families with child care expenses have lost benefits they used to be able to use to offset child care costs, while high-income families continue to receive similar tax benefits to offset their child care costs. This happened not because the child and dependent care credit was reduced directly, but because of changes in the CTC.