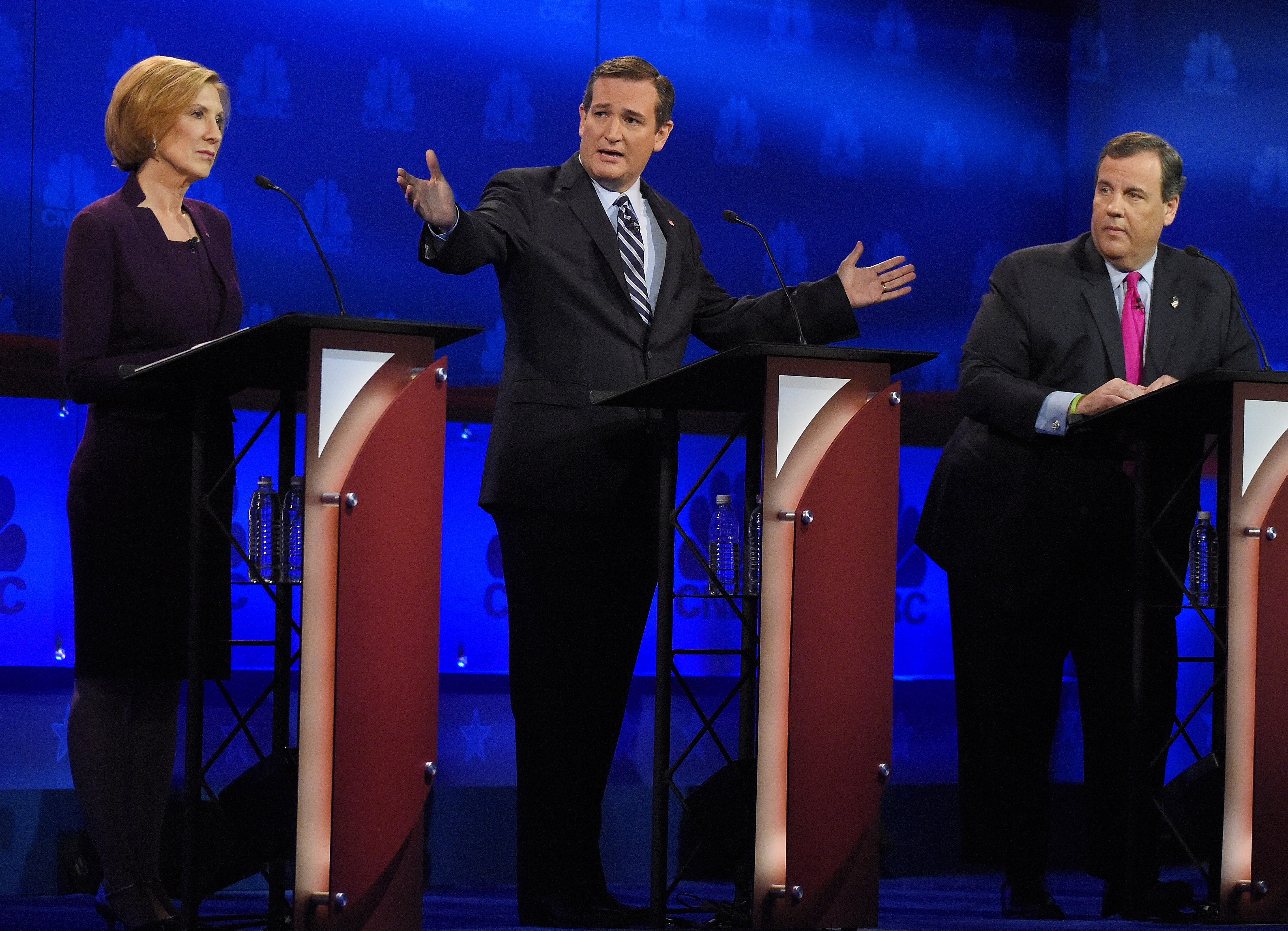 Is the GOP’s Enthusiasm for Tax Cuts Going the Way of American Idol?

The latest examples are New Jersey Governor Chris Christie and former neurosurgeon and Tea Party favorite Ben Carson. In recent days, each has described in general terms his tax reform plan. They are very different—Carson backs a 10 percent flat tax and Christie favors a more conventional rate-cutting, base-broadening income tax rewrite. But they have one thing in common: They both say they'd raise about the same amount of money as the existing code. No tax cut.

Christie is explicit about this. In a Wall Street Journal column this morning (paywall), the governor (whose candidacy remains in limbo following the bridgegate scandal and his inability to address his state’s troubled finances), wrote, “…the plan, combined with other measures I am proposing, is revenue-neutral and doesn’t materially increase the deficit.”

Carson is less clear. And there is no doubt that his flat tax would result in a massive tax cut. But Carson is not promoting it that way. Indeed, in a Sunday interview with Fox News, he seemed to be saying that the plan would not add to the budget deficit. His website includes a litany of complaints against the current tax system—“too complex, too burdensome, and too riddled with tax shelters and loopholes that benefit only a few at the direct expense of the many.” But strikingly, Carson never objects to the amount of money it collects.

Other GOP hopefuls are in roughly the same place. Florida Senator Marco Rubio, along with his Senate colleague Mike Lee of Utah, proposed a dramatic shift to a new consumption-type tax earlier this year. While the plan as described would very likely add trillions of dollars to the deficit, that does not seem to be Rubio’s and Lee’s intent. Indeed, their plan’s  ”statement of principles” frames reform around fairness, economic growth, ending special interest tax breaks, and making the U.S. more competitive. It would cut tax rates, but it is not aimed at cutting overall taxes.

Even Sen. Ted Cruz, another flat taxer, isn't saying Americans pay too much in taxes. While he frequently vows to abolish the IRS, he doesn't promise to cut taxes.

Maybe candidates such as Carson, Cruz, and Rubio really do want to cut taxes. But if they do, they sure are not bragging about it.

What about Jeb Bush? Well, the ex-Florida governor has not yet described his tax reform, even in the most general terms. But here’s one clue to where Bush stands on tax cuts: The anti-tax group Americans for Tax Reform is mad because he won’t sign its “no new taxes” pledge. In short, not only is Bush avoiding promises to cut taxes, he’s even keeping the door open to raising them.

This GOP aversion to tax cuts does not seem to apply in the House, which has already approved hundreds of billions of dollars in tax reductions this year. But most have targeted businesses or very narrow individual tax breaks. Oh, and the House approved a measure to repeal the estate tax—a nearly $270 billion tax cut over 10 years that would benefit about 5,000 mega-estates annually.

Some analysts are convinced that GOP candidates eventually will embrace tax cuts. Here’s Richard Skinner’s take on the Brookings blog.

But so far, among Republican presidential candidates and wannabes, tax cuts are going the way of American Idol. What accounts for this aversion to a subject that’s normally standard fare in the GOP playbook? That’s hard to know. But it is interesting to note.