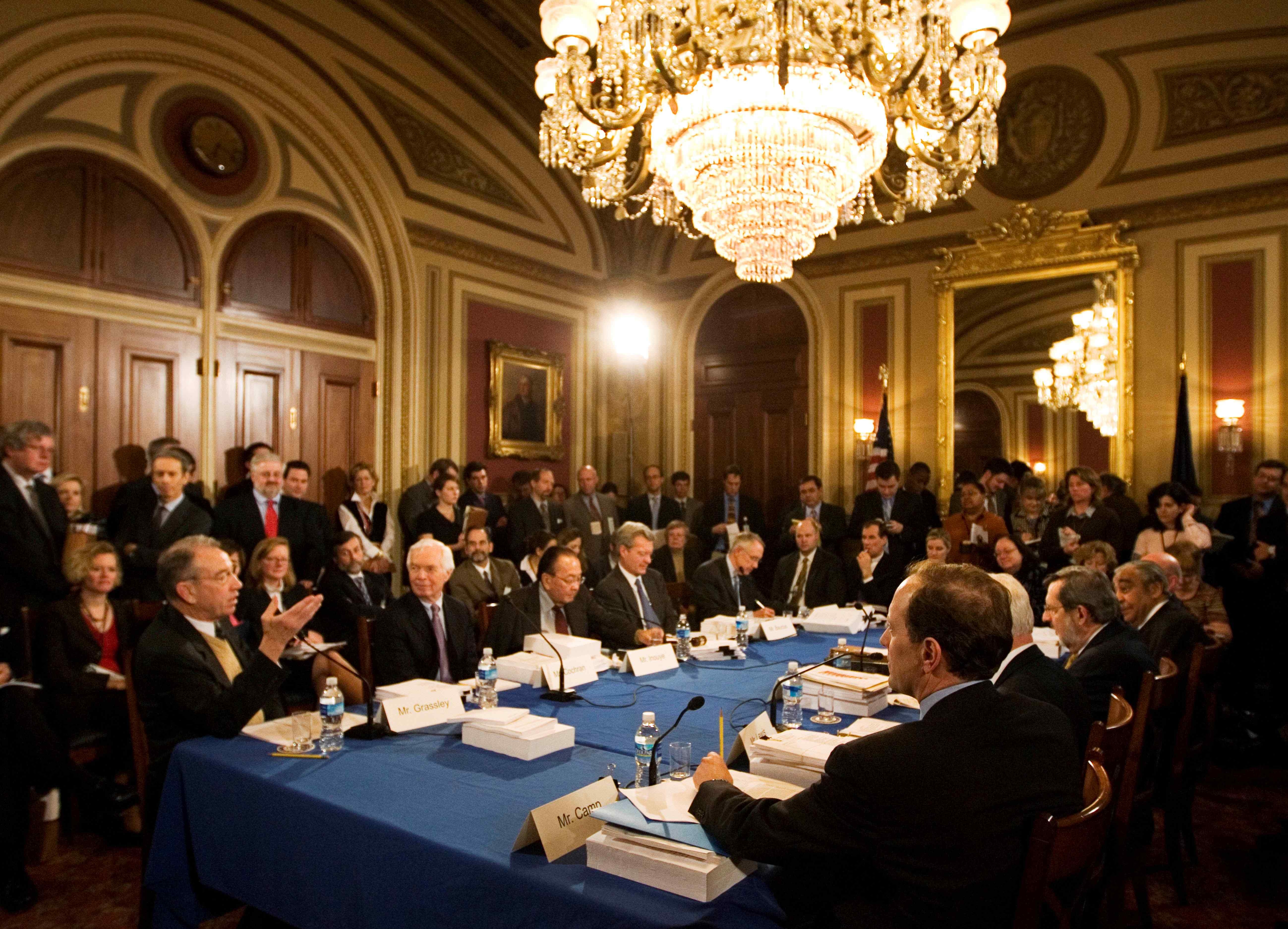 After six months and two extensions, the Senate Finance Committee’s five tax reform working groups presented their reports today to panel chair Orrin Hatch (R-UT) and top Democrat Ron Wyden (D-OR). For the most part, they reached no consensus on either specific reforms or a broad design for overall reform.

There was one exception: The co-chairs of the group on infrastructure, senators Dean Heller (R-NV) and  Michael Bennet (D-CO), did recommend both short-term and long-term financing solutions for the troubled Highway trust Fund. But they were speaking only for themselves and not the other members of their panel. And Hatch has already rejected a key element of their plan.

It is not clear what will happen next, but—except for highway funding, which Congress must approve in some form by the end of the month—the rest is probably headed for the back burner. There the reports will sit, along with reams of other tax reform documents, until after the 2017 elections.

Hatch and Wyden assigned the groups in January, hoping to build bipartisan support--and some momentum--for reform. Instead, they got reports that endorsed reform in broad strokes and did a nice job of describing the issues at hand, but did practically nothing to move the ball. Former House Ways & Means Committee chair Dave Camp’s 2014 proposal remains the only full-blown congressional reform plan on the table.

Here is a brief summary of each of the reports:

Business income taxes: No consensus here either, only platitudes. The group set four principles of business reform. They are:

International tax reform: The group produced a long description of current law and various proposals by others to reform the existing system, but could not reach consensus on its own solutions. The panel’s co-chairs, senators Rob Portman (R-OH) and Chuck Schumer (D-NY), did say they agreed in general on levying some form of tax on unrepatriated foreign earnings of US-based multinationals.

Savings and investment: This group had narrowed its focus to retirement savings and there had been some hope that it could at least agree on proposals to improve incentives for those activities. But, in the end, it could not.  “There are differences among the members, not only as to which particular proposals a member may support, but also in what forum that consideration should be given (i.e. stand-alone retirement savings legislation or only as part of comprehensive tax reform). As such, the working group does not endorse any of the specific proposals identified in the report.”

Community Development and Infrastructure: This group’s co-chairs did make specific recommendations. In the short-run, they suggested Congress use a new tax on unrepatriated foreign income of US-based multinationals to finance the highway trust fund, at least temporarily. In the long-run, they suggested adopting a tax on vehicle miles traveled, an experiment already underway in Oregon. But they were speaking only for themselves, and not their group’s other members.

After six months, we learned yet again that tax reform is hard, and there is little stomach among elected officials for curbing popular tax preferences—the price for cutting rates in a reform that raises the same amount of money as the current code.  There is no consensus over whether to do piecemeal fixes or broad reform, no agreement on how much money a new code should raise, and no agreement on how to treat pass-through businesses when tackling either individual or corporate tax reform.

After all that work, the Finance Committee is in pretty much the same place it was six months ago.