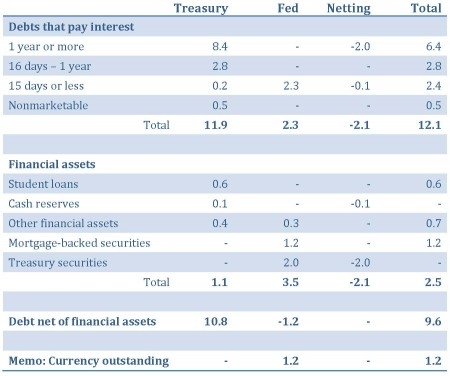 The Fed and America’s Debt

Is the Federal Reserve part of the government? You might think so, but you wouldn’t know it from the way we talk about America’s debt. When it comes to the debt held by the public, for example, the Fed is just a member of the public.

That accounting reflects the Fed’s unusual independence from the rest of government. The Fed remits its profits to the U.S. Treasury each year, but is otherwise ignored when thinking about fiscal policy.

In the era of quantitative easing, that accounting warrants a second look. The Fed now owns $2 trillion in Treasury bonds and $1.5 trillion in other financial assets. Those assets, and the way the Fed finances them, could have significant budget implications.

To understand them, we’ve calculated what the federal government’s debt and financial asset positions look like when you combine the regular government with the Federal Reserve, taking care to net out the debt owned by the Fed and Treasury cash deposited at the Fed: 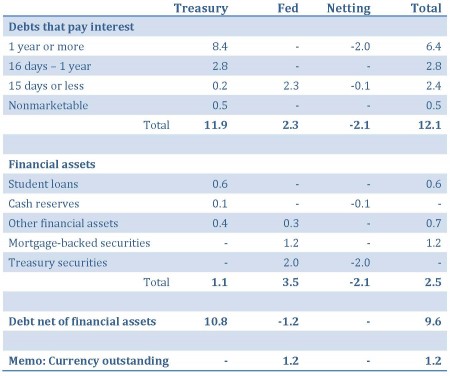 This post was coauthored by Hillel Kipnis, who is interning at the Urban Institute this summer. Earlier posts in this series include: Uncle Sam’s Growing Investment Portfolio and Uncle Sam’s Trillion-Dollar Portfolio Partly Offsets the Public Debt.