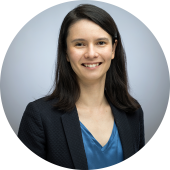 House Ways & Means Committee Chairman Paul Ryan has claimed that the House dynamic scoring rule would generate more information.  But the new rule asks for an official cost estimate that reflects only a single estimate of a bill’s supposed impact on the economy and the resulting revenue impact.  By contrast, the Congressional Budget Office and the Joint Committee on Taxation  already provide macroeconomic analyses of some proposed bills as a supplement to official cost estimates, which typically present a range of estimates of a proposal’s impact on the economy, using a variety of models and assumptions.

What models and assumptions go into the official score?

We don’t yet know how JCT and CBO will produce dynamic estimates, but they might blend estimates from different models and sets of assumptions to produce the single official score for a bill. Because estimates of the growth effects of legislation are very sensitive to models and assumptions, it will be critical to see – separately – each estimate, model, and set of assumptions that feeds into “the” dynamic score. Indeed, the House Rule requires CBO and JCT to state such “critical assumptions”.

JCT’s analysis of former House Ways & Means Committee Chairman Dave Camp’s tax plan shows this sensitivity. JCT gave eight estimates using two different models and a variety of assumptions, with the results spanning between $50 billion and $700 billion of additional revenue over the decade from faster economic growth. The “Overlapping Generations” (OLG) model gave much larger results than the Macroeconomic Equilibrium Growth (MEG) model.  But even the MEG model produced estimates that varied widely depending on the assumptions.

Indeed, past analyses of tax cut proposals have even produced estimates that vary in direction; depending on the models and assumptions used. Some estimates showed positive growth impacts while others showed negative effects.

Further, the OLG model simply won’t work unless JCT and CBO first assume that future Congresses enact deficit reduction to stabilize debt as a share of the economy. And, if the bill that’s being scored increases the deficit, JCT and CBO will have to assume further offsetting deficit reduction (vice versa if the policy reduces deficits). The results can vary widely depending on what form of deficit reduction is assumed. So policymakers will need to know what assumptions the OLG model makes about future congressional lawmaking and how they  drive the official score.

What would happen if those assumptions were changed?

Policymakers will also need to know how growth and revenues could be different if the assumptions behind the single official estimate were wrong.  For that reason, additional estimates using a range of alternative assumptions should be given – just as JCT and CBO have done in past macroeconomic analyses.

Some assumptions that JCT and CBO have used in prior analyses are not designed to predict what would actually happen, but to shed light on how sensitive the estimates are and what drives the estimates.  For example, in the MEG model, changing assumptions about how the Federal Reserve will set interest rates allows policymakers to distinguish a proposal’s stimulus effects from its incentive effects.

As CBO analysts have noted in previous macroeconomic analyses, such assumptions “are not meant to be realistic predictions of how the Federal Reserve might actually respond but are included to show the range of implications of alternative assumptions.” Having such information will be even more critical when lawmakers try to understand a dynamic estimate included in an official score.

A black box won’t do.

The House rule allows the House to use any increase in revenue from highly uncertain estimates of macroeconomic growth to pay for other policies. Policymakers will also be tempted to use a favorable dynamic estimate as proof that a policy is good for the economy and therefore should be enacted.  But the uncertainty and gaps in the models may mean that such a simple conclusion isn’t appropriate. Lawmakers will need more information than the House rule requires to assess the reliability of the estimate and to understand a bill’s possible economic effects.