Columbia University’s Center on Global Energy Policy just released a series of papers on how a carbon tax would reduce greenhouse gas emissions, affect economic growth, and shift the distribution of tax burdens across income groups. The series includes a new paper by Joseph Rosenberg, Eric Toder, and Chenxi Lu of the Tax Policy Center showing that combining a carbon tax with tax rebates could benefit low-income households.

Consistent with earlier studies by TPC authors, Rosenberg and co-authors found that a carbon tax alone would impose moderately higher burdens as a share of income on lower-income households than on those with higher incomes.  However, if the net revenue from the carbon tax were fully returned to households via rebates, the net combined effects could be more progressive. 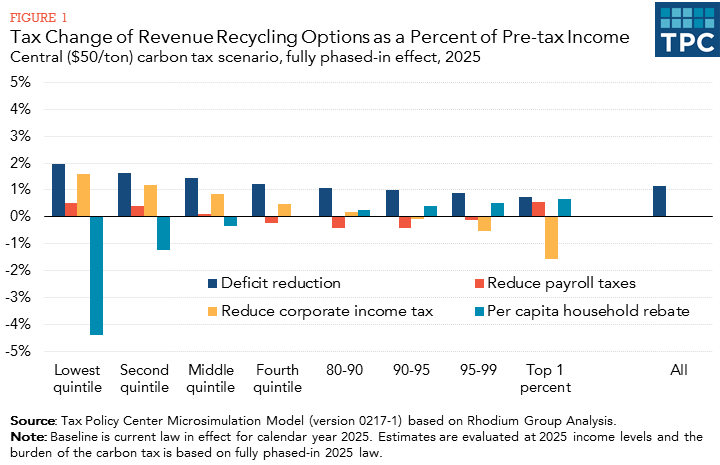 A carbon tax can be an efficient way to reduce greenhouse gas emissions and slow the harmful effects of climate change. It relies on market forces to drive short-term reductions in fossil fuel use and create medium- to long-term shifts to renewable energy technology. For this reason, it is important for policymakers to understand how such a levy can be combined with measures that provide relief to the low- and middle-income households who can least afford higher energy prices.

While enactment of a national carbon tax is unlikely in the current political environment, prospects may improve once the public becomes more aware of the harm that climate change is producing and more aware that there are ways to address any harmful distributional consequences.