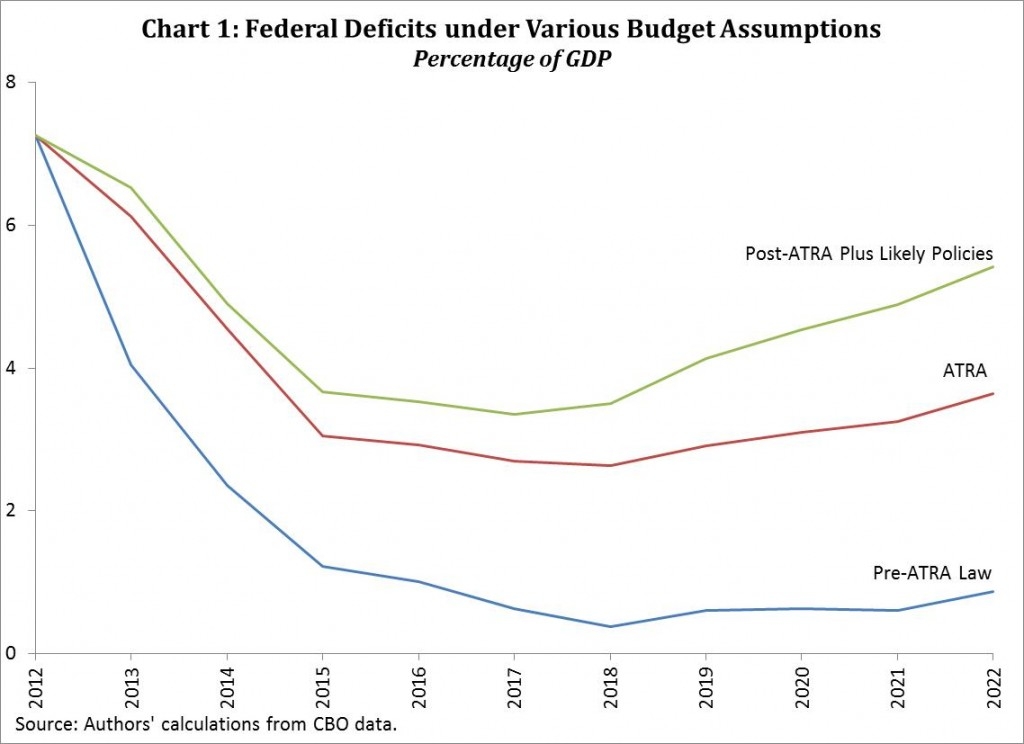 The American Taxpayer Relief Act (ATRA), the New Year’s legislation that effectively forestalled the bulk of the January 2013 fiscal cliff, probably staved off a recession. But compared to doing nothing, Congress made the deficit worse by passing ATRA. New Tax Policy Center calculations show how much more deficit reduction Congress will need to approve to fill in the hole created by ATRA.

Had Congress not acted, nearly everyone would have paid more tax in 2013 than in 2012, military spending would have been slashed by about 9 percent, and non-entitlement domestic spending would have been cut by more than 8 percent. Instead, Congress delayed those automatic spending cuts for a couple of months, allowed most 2001-2009 tax cuts to expire only for the highest-income households, and let the 2010 payroll tax cut die.

By adopting ATRA, Congress shifted the deficit path scheduled under current law by extending most tax cuts not just for a few years but permanently. ATRA singlehandedly moved the deficit outlook under current law from one that achieved primary budget balance (where tax revenues equal non-interest spending, roughly the level needed to hold debt constant as a share of the economy) to a budget outlook that has deficits approaching 3 percent of Gross Domestic Product by the end of the decade (see chart 1). Differences in the projected deficit paths pre- and post-ATRA are shown below in chart 1. 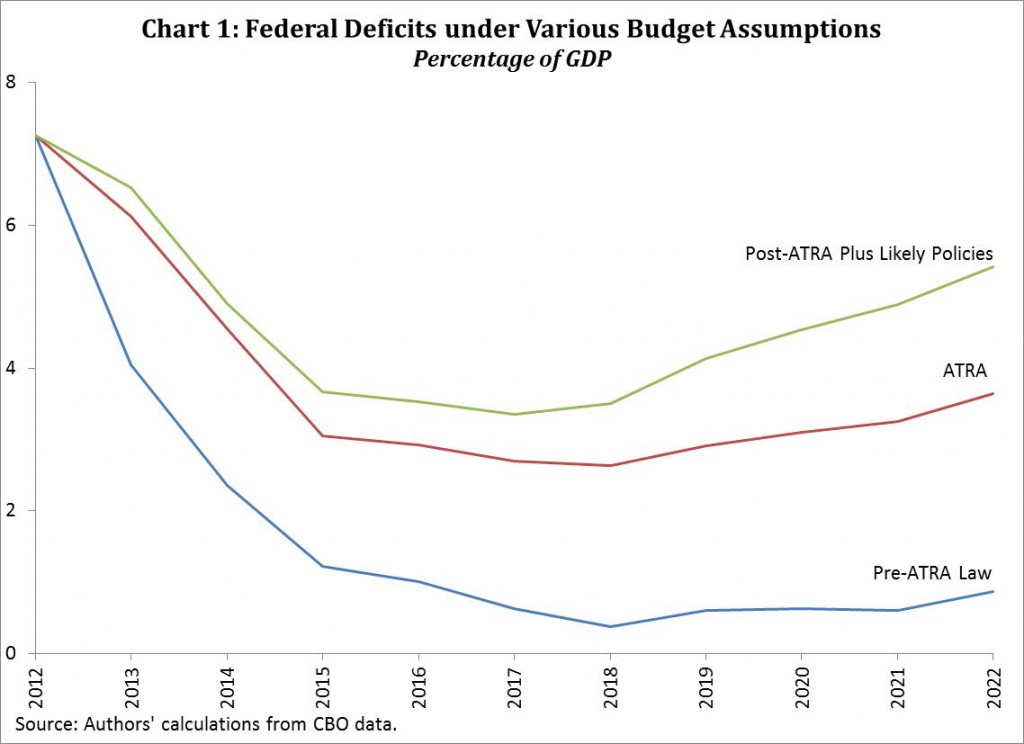 Congress clearly is not finished with its deficit negotiations. It may have postponed certain decisions, but the country still faces hundreds of billions in cuts to discretionary spending, steep cuts in Medicare physician payments, and popular but temporary tax cuts scheduled to expire in coming years. My colleagues and I estimate that under a budget policy that extends current practices, deficits will exceed 5 percent of GDP in the later part of the decade (see chart 1). This scenario—denoted “Post-ATRA Plus Likely Policies”—assumes that Congress not only extends the “likely” policies just listed but also ignores the cuts mandated in the Budget Control Act and maintains discretionary spending at or above historical lows for the past few decades.

Congress will need to approve additional sizeable, but not insurmountable, deficit reduction to bring the economy into primary balance. A combination of tax increases and/or spending cuts totaling $150 billion per year from 2015 to 2017, followed by annual cuts of $300 billion, would stabilize the debt in the future(see chart 2). 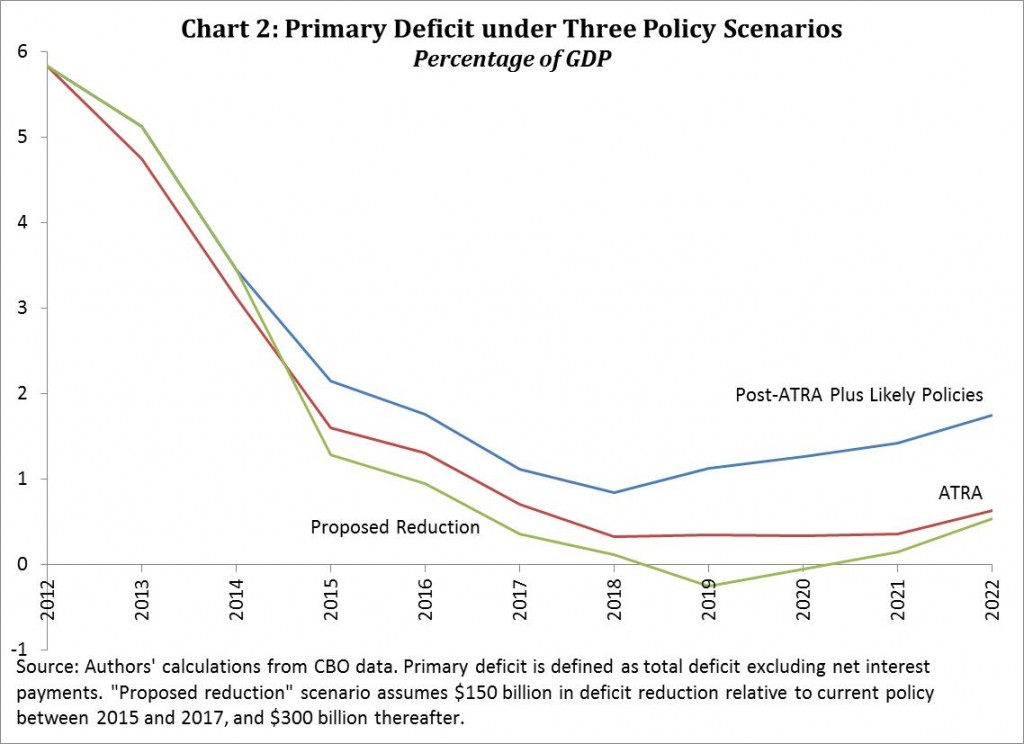 One lesson of the past four years is that fiscal policy is a critical tool for macroeconomic stabilization. In the absence of the Recovery Act, economic growth would have been much worse, perhaps even negative in the near term. But a cost of using government spending to boost a weak economy, however, is a greater need for austerity during growth years. Running persistently high deficits once an economy recovers makes it much harder to provide effective stimulus the next time a recession hits. On Tuesday, the Congressional Budget Office will release updated economic and budget projections. The new estimates may show slightly different deficits than those shown above, but the song will remain the same: there is more work to be done.