The Death Tax Isn’t So Scary for States

If there is a Halloween-themed tax it’s got to be the death tax (the poll-tested moniker for estate taxes). And the estate tax has scared many politicians over the years. It also creates a frightening question for states: Does having an estate tax drive the super-rich and their tax dollars out of your state and to a jurisdiction without such a tax?

A new report by Enrico Moretti and Dan Wilson finds that billionaires do tend to shift their legal residences to avoid estate taxes. But the authors conclude states are still better off facing their fears and keeping the estate tax in place because it turns out that the deaths of just a few extremely rich residents subject to the estate tax make the tax math work.

However, the 2001 Bush tax cuts phased out the federal credit and many states responded by repealing their estate taxes. In 2019, the number of states with an estate tax is down to just 12 plus the District of Columbia. (Six others have an inheritance tax that is similar but levied on heirs rather than the estate. The inheritance tax was not affected by the repealed credit.) 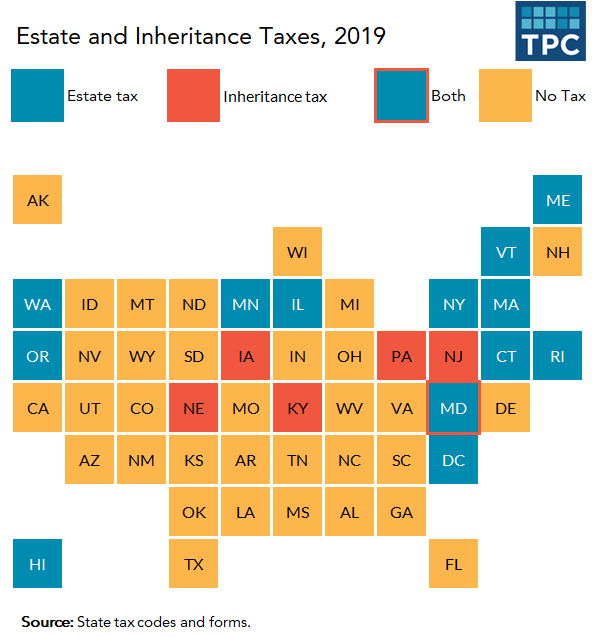 Many state policymakers dumped the estate tax for ideological reasons. But others were responding to concerns about tax competition. When every state had an estate tax, rich people did not care where they died. But with no-tax options available, states feared their estate tax would drive very wealthy people and their income tax payments out of state.

The new research report confirms this. It found that billionaires on the Forbes 400 list of richest Americans often responded to the 2001 credit repeal by moving from states with an estate tax to states without one. This was particularly true for older billionaires.

But—and sorry to get so macabre here—sometimes people, even rich people, die unexpectedly. And some rich people simply don’t move as they get older. The upshot: When a super-rich person dies while residing in a state with an estate tax, the state gets a lot of estate tax revenue.

For example, David Koch (net worth: $50 billion) recently died as a resident of New York. The authors estimate the state will collect around $4 billion in estate tax revenue. They also estimate that if Jeff Bezos (net worth: $114 billion) unexpectedly died tomorrow he would owe Washington state nearly $12 billion in estate tax (or nearly a quarter of the state’s annual budget). On average, the authors estimate the death of a Forbes 400 billionaire would generate $165 million in state estate tax revenue.

You can see this in actual state revenue data. Typically, estate taxes are not a large source of state tax revenue, accounting for 1 percent or less of general revenue. But there is a lot of variation in annual revenue raised from estate taxes. For example, look at Connecticut. 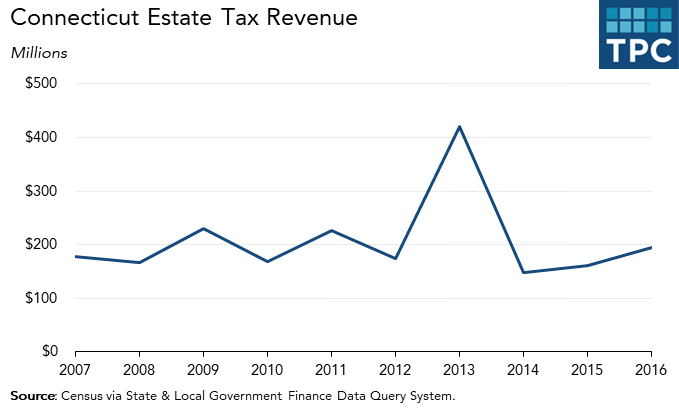 Notice the spike in 2013? There was no policy change or big economic swing. It’s just that some incredibly wealthy resident or residents died and sent the state about $200 million in unexpected tax revenue. (For obvious reasons, states do not identify taxable estates.)

This basic pattern occurs in every state with an estate tax. Revenue is relatively consistent over time but occasionally jumps 50 or even 100 percent because someone with extreme wealth dies.

Thus, the authors conclude, “despite the high tax mobility, we find that the revenue benefit of an estate tax exceeds the cost for the vast majority of states.”

The study notes that California, which does not have an estate tax, is an exception to the rule because of its high state income tax rates. But Texas, Florida, and most states without an estate tax would enjoy big revenue gains if they added an estate tax. And states with a tax like Maryland, Massachusetts, and Pennsylvania see “benefits much larger than costs.”

So don’t be scared, estate tax states. Yes, your estate tax drives away some rich people and reduces your income tax revenue. But some billionaires and even some mere millionaires won’t find your state haunted (or don’t get out in time...) and the resulting revenue eventually works out in your favor. As is often the case, there is more at play in location decisions than just taxes—even in the afterlife.