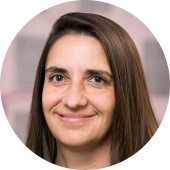 My Urban Institute colleagues Karen Smith, Richard Johnson, and I recently compared Social Security proposals advanced by Democratic presidential nominee Joe Biden and four of his primary rivals. President Trump has not released a detailed Social Security plan, though he has made several statements about Social Security payroll taxes.

Like his Democratic primary challengers, Biden would reduce the program’s long-range financial imbalance by expanding Social Security’s payroll tax base, now limited to $137,700 of earnings. He would expand some benefits while not reducing any, reducing economic hardship. While Biden’s proposal would not eliminate Social Security’s 75-year shortfall—a standard goal of policymakers for decades—his approach, if enacted by Congress, would reduce the size of the projected gap by about one quarter.

Should we bolster Social Security’s long-range financing with tax revenue from high earners only?

Biden would raise payroll taxes only on those now earning over $400,000 annually. Because this threshold is not indexed for inflation, by about 2050 about six percent of workers would contribute more under Biden’s plan. Financing benefits this way is highly progressive because increasingly people with higher incomes live longer and therefore receive Social Security benefits for longer.

But asking only higher earners to make additional sacrifices may diminish a social insurance program’s political support. When President Franklin Roosevelt created Social Security, he insisted on a broad payroll tax to link workers’ contributions and benefits so all workers would feel ownership of the program and politicians would fear voters’ wrath if they cut benefits. Even those normally averse to tax increases may be willing to contribute more to Social Security because it provides popular, tangible benefits.

In this spirit, Representative John Larson (D-CT)’s Social Security 2100 Act would gradually increase all covered workers’ payroll taxes on top of adding to the tax liabilities of those earning at least $400,000. Others have proposed broadening Social Security’s contributions base to include other income sources now exempt from payroll taxes, like investment income, voluntary flexible spending account contributions, or employer contributions for health insurance. Similar steps would raise taxes on a wider share of US workers than increases in the taxable earnings base alone.

What criteria and priorities should policymakers use for benefit enhancements?

My colleagues and I have long argued for increasing Social Security benefits for people with low incomes and reducing inequities based on many factors, including marital status, race, and nativity. More targeted benefit increases would give the federal government more room to meet other priorities, including supporting Medicare’s Part A Hospital Insurance trust fund, which is scheduled to be depleted in 2026.

Biden’s proposed minimum benefit and caregiver credit are well targeted toward those with low incomes. His proposals would lift more than 1 million people out of poverty in 2021 and cut the poverty rate for adult Social Security beneficiaries over the coming decades by more than half. Boosting survivor benefits for dual-earners is less well targeted to household income but corrects inequities between single- and dual-earner couples.

Is Social Security the best mechanism for solving all the economic challenges facing older adults and people with disabilities?

Biden (and other Democratic candidates) would increase Social Security benefits in later life by changing the way benefits adjust for inflation. He’d also give a bonus to beneficiaries who have been collecting for many years. A key rationale for these changes is that medical expenses and the risk of needing long-term services and supports (LTSS), rise rapidly at older ages.

Some especially needy older adults and people with disabilities do not qualify for Social Security, and others may not gain much from a minimum benefit with significant work year requirements. To help them, Biden has proposed changes to Supplemental Security Income (SSI), including updates to the program’s complex rules surrounding living arrangements and modernizing its outdated asset measure. Policymakers must be attentive to ways that Social Security provisions can interact with each other and with other programs, including SSI and Medicaid.

Is it time to embrace “good enough” Social Security proposals that would substantially reduce the 75-year shortfall but not eliminate it?

Biden would extend Social Security solvency for about 5 additional years, well short of the 75-year target that policymakers and various commissions have endorsed. Yet, for a couple decades Congress has failed to act on that ambitious goal.

Given that history, a more modest aim may make sense. Consider what could happen if, once the economy recovers from the pandemic, Congress narrows Social Security’s funding gap with additional revenue, ideally more than Biden proposes, phasing in gradually as pressure mounts on the program, with more tightly targeted benefit enhancements. Even if it does not completely fill the gap, it would improve program finances and lessen the economic drag from record-high levels of government borrowing.

At a minimum, such action could effectively wall off future revenues that Republican legislators might otherwise devote to tax cuts and Democrats might spend on other priorities. How much better off would we be today if we had settled for a partial fix to Social Security’s finances in the late 1990s rather than waiting for a grand 75-year deal that never came?

Biden deserves praise for at least gingerly approaching American politics’ “third rail.” At least it is a start.