Back in 1991, Saturday Night Live spoofed politicians who see capital gains tax cuts as a panacea.  In one sketch, after being frozen for eons, a caveman was thawed by scientists and had a successful legal career—hence, the character “Unfrozen Caveman Lawyer.” He then decided to run for US Senate. In his announcement speech, he admitted to being frightened and confused by modern society, “but there is one thing I do know. We must do everything in our power to lower the capital gains tax.” (Clip starts at 3:00.)

Fast forward almost 30 years and the Trump Administration is pushing caveman tax policy as a tool to restore the coronavirus-damaged economy. There is nothing wrong with a good debate over the appropriate treatment of capital gains income in the context of a very imperfect federal income tax. But lowering the taxes imposed on capital gains income is not a cure-all policy. And this proposed policy change makes no sense as a response to the COVID-19 pandemic.

Capital gains tax cuts are poorly targeted benefits. In 2019, the richest one percent of tax filers reported three-quarters of long-term capital gains (which are subject to preferential tax rates). The top five percent had 85 percent. About 6 percent of households in the bottom 80 percent reported any capital gains income at all, compared with 83 percent of those in the top 0.1 percent. That elite group (incomes over $3.8 million) accounted for more than half of all long-term capital gains, reporting an average gain of $5.5 million. At a time when working people are dying from the virus and struggling with its economic fallout, very large tax cuts for millionaires seem inadvisable. They’d do little to boost the economy because rich people spend only a fraction of any additional income. And because capital gains income may be hard to come by in the next few years given asset price declines, the biggest tax cuts likely would come long after the economic damage is past. 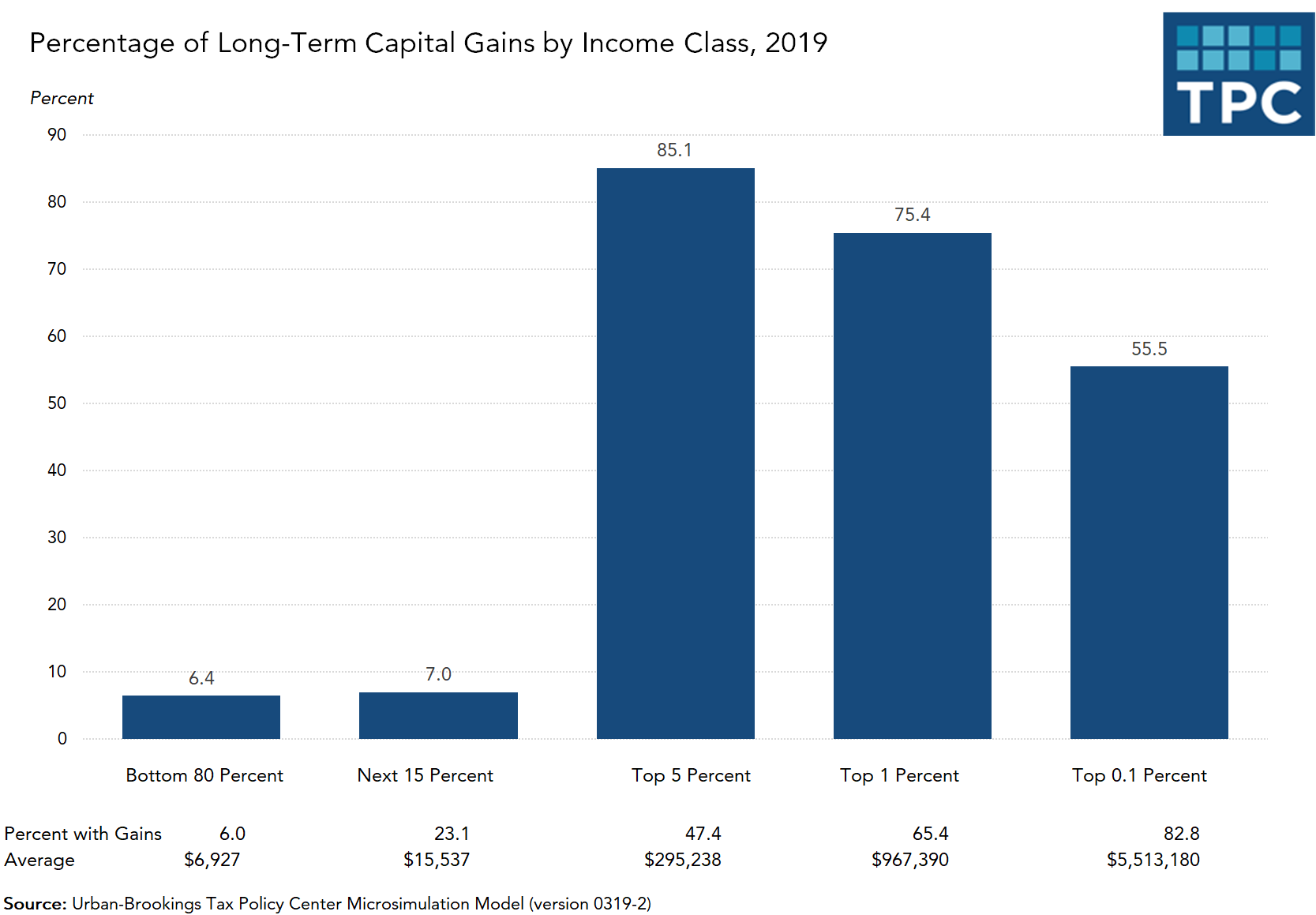 White House advisors might argue that future capital gains tax cuts are a good idea because they will accelerate much needed investment by individuals. That, in turn, might boost the stock market, which the president seems to view as a bellwether of his success. But that preferred stock market effect also is a dubious proposition.

Less than one-third of corporate stock is potentially subject to capital gains taxation. Most stock is held by foreigners, in the endowments of tax-exempt entities, and in retirement accounts. Even stock held in taxable investment accounts often goes untaxed either because the appreciated stock is held until death or donated to charity. And the relatively small sliver that is taxed under the individual income tax benefits because taxes on the income generated over the holding period often are deferred for years—until the assets are sold. Plus the top long-term capital gains tax rate currently is only about half the rate imposed on labor income.

Capital gains tax cuts would be a poor way to boost the COVID-19 economy. Let’s hope this trial balloon never gets off the ground.