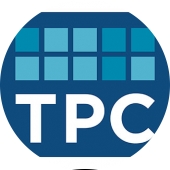 Erskine Bowles and Alan Simpson, co-chairs of President Obama’s Deficit Commission, have released a “Chairmen’s Mark,” a broad plan to reduce the federal deficit by cutting spending and raising taxes. The plan includes various options that would impose different changes on the tax side of the fiscal equation. The first option, “The Zero Plan,” would, among other things, pare away most tax expenditures, devote $80 billion annually to reduce the deficit, and use remaining revenue gains to cut tax rates.

The Tax Policy center has analyzed the distributional effects of three variants of the Zero Plan:

A detailed discussion of TPC’s analysis is available here.

Tables showing the distributional effects of the three variants are available here.

Details of the Zero Plan:

The Zero Plan in the Bowles-Simpson “Chairmen's Mark” would:

The third variant would retain tax benefits for mortgage interest, employer-sponsored health insurance, and retirement saving, but restructure them and reduce their costs to 80 percent of their current levels. It would set higher tax rates to make up the revenue lost by those changes and the changes would apply only to income taxes.

Specifically this option would: