The Winners and Losers of Rising Oil Prices

With gasoline prices spiking, many state legislatures are debating whether to suspend gas taxes in an effort to provide some relief to consumers. But higher fossil fuel prices have other important consequences for states.

The big winners are energy producing states such as Alaska and North Dakota where production taxes, known as severance taxes, are an important part of their budgets. But these revenue bumps also highlight the risks states take when they rely so heavily on energy taxes.

Oil prices were relatively stable in 1980s and 1990s but have been volatile since the 2000s (Figure 1). And despite the recent increases, oil prices remain well below 2008 levels in real terms. 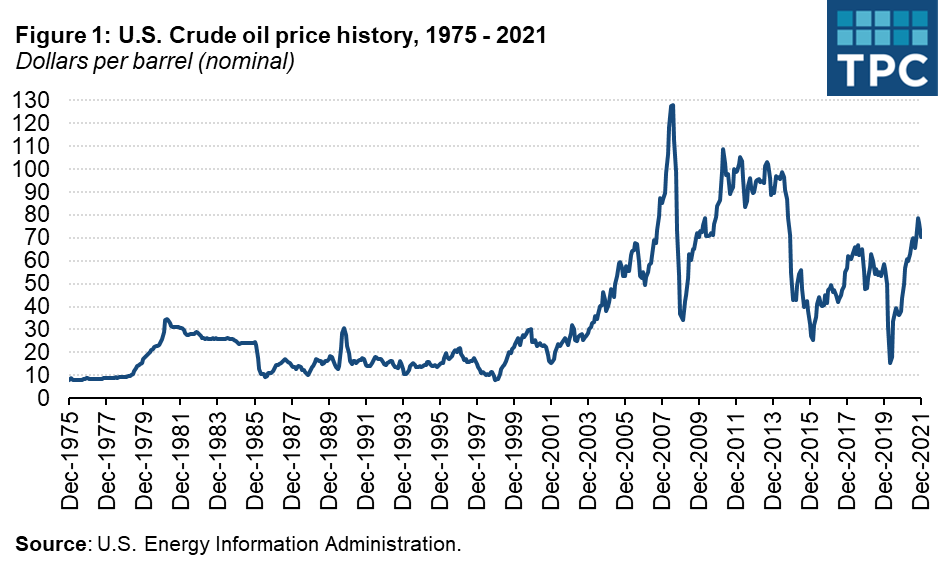 Still, the recent rise in oil prices will be good news for oil-dependent states that will see a temporary boost in revenues. This could be welcome news for states whose economies are quite different than the rest of the US.

Oil, natural gas, and mining industries accounted for about 13.2 percent of total gross domestic product (GDP) in oil-producing states (Alaska, Louisiana, Montana, New Mexico, North Dakota, Oklahoma, Texas, West Virginia, and Wyoming), compared to 2.4 percent the overall US share. However, that share declined substantially and in 2020 was only 4.7 percent in the nine oil-producing states and 0.9 percent for the overall US. Severance taxes were 16.3 percent of total tax revenues in the nine oil-dependant states in 2014, compared to 2.1 percent nationally. But for most states severance tax revenue shares fell substantially between fiscal years 2014 and 2020 (Figure 2). 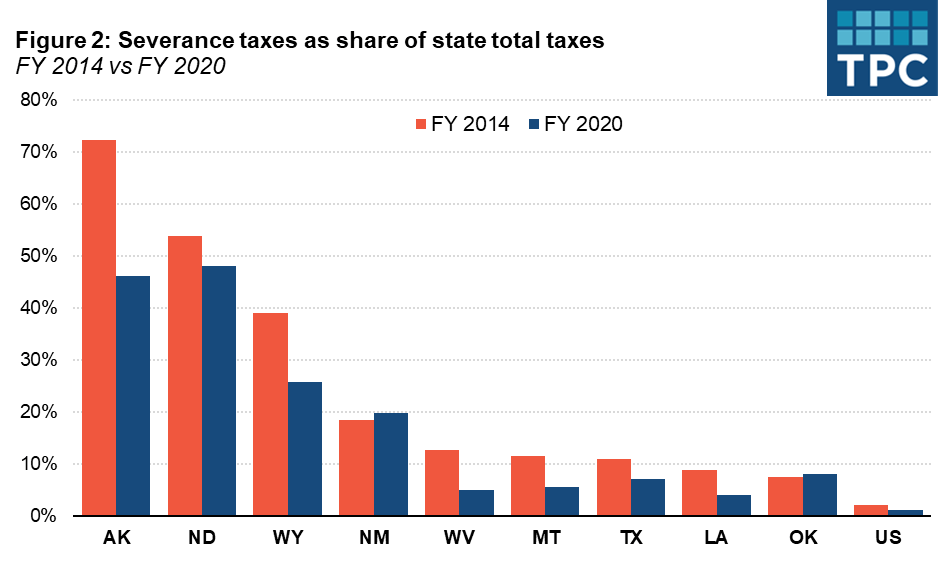 For oil-dependant states, economic growth and tax revenues are highly dependent on energy price changes. Declines in oil prices after 2014 led to cuts in production and employment, weakening mineral-state economies, and sending oil-dependant states into recession while the rest of the country grew in the period between the Great Recession and the pandemic. As a result, their tax revenues fell sharply (Figure 3). 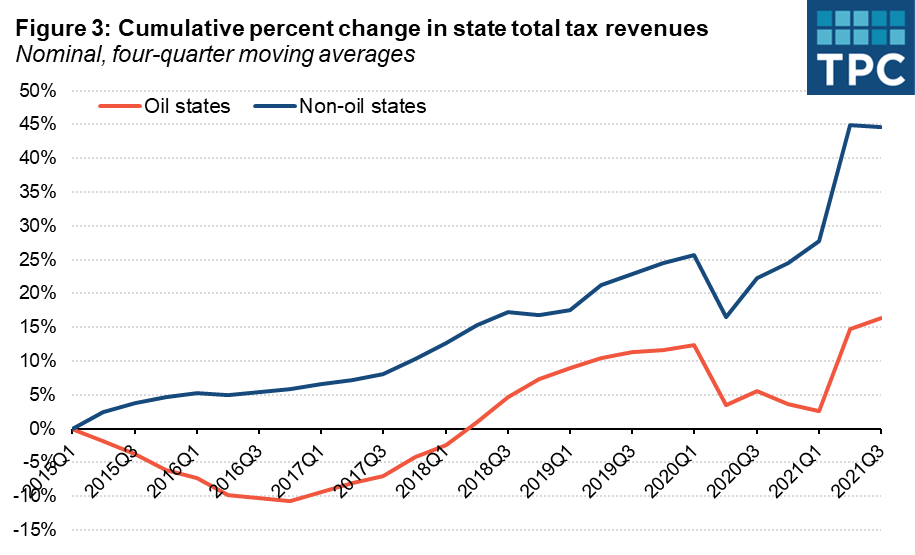 Because these oil and mineral-dependent states do not have diversified tax structures and economies, declines in oil prices created fiscal challenges and budget shortfalls. All nine states that rely on severance tax revenues saw declines in total revenues shortly after the fall of oil prices in 2015. Alaska, North Dakota, and Wyoming took the biggest hits (Figure 4). At the end of fiscal year 2021, tax revenues were down by double digits in these three states relative to 2015 (see Figure 4).  Now, the current oil price hikes will allow those states to refill their coffers. But it might be prudent for them to think about diversifying their tax structures and economies. 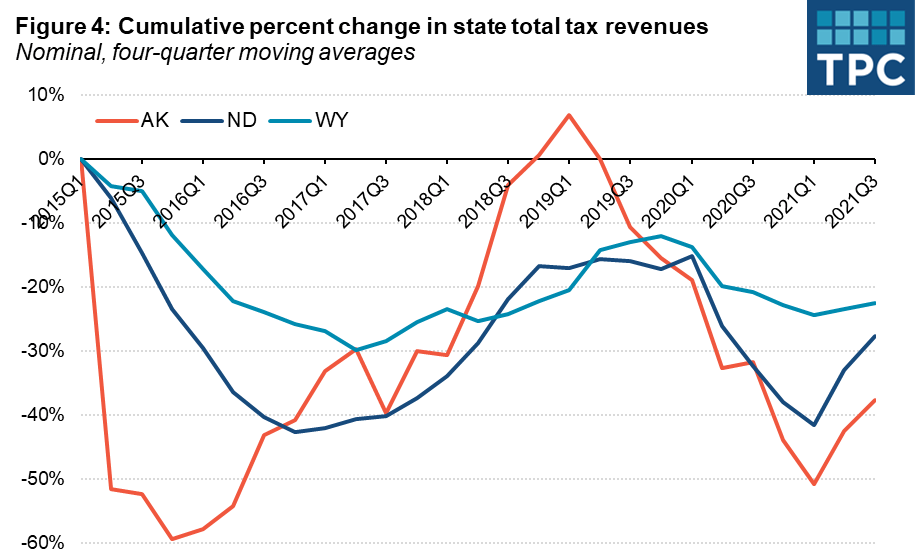 Bottom line: oil-dependant states benefit from rising oil prices, while other states and American consumers, particularly those with lower-incomes, suffer. But states that are largely dependent on oil would be better served with more diversified economies and revenue structures that avoid such wild swings in tax revenue.