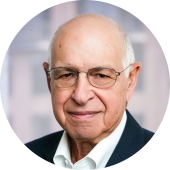 Why You Should Pay Attention to the Presidential Candidates’ Tax Proposals

The presidential election is nearly a year away, but many candidates have already rolled out detailed tax reform plans. On the GOP side, we’ve seen proposals from Jeb Bush (the subject of a rigorous Tax Policy Center analysis ), Marco Rubio, Ted Cruz, and Donald Trump, among others. Among Democrats, Hillary Clinton and Bernie Sanders have begun to lay out their tax proposals. But should we really care at this stage?

The short answer is “yes”, although there may be reasons to think not.  For instance, we all know that any big idea proposed by a candidate during the nomination process, whether for tax reform, health care, or any other public policy is aimed at attracting the most committed voters of his or her party’s base and has a zero probability of ever being enacted as proposed.

Why, then, should we pay attention to a tax reform plan when a candidate’s top priority is pandering to party voters and not real policymaking? Why not simply regard any plan, regardless of how detailed and well considered, as mere electioneering?

There are two reasons: First, while the President does not make tax law—or any law for that matter—his or her views will be important in shaping the tax reform debate in Congress. In this regard, the President’s veto pen is no small instrument of power in a divided Congress.

Second, and more important, campaign tax plans tell us a lot about a candidate’s priorities. Details certainly matter, and we can learn a lot about how well candidates understand tax issues by reading the fine print and listening to their own descriptions of their tax programs. But the real value is in the major thrust of a candidate’s proposal. How would the plan distribute tax burdens across income groups? Would it make the federal government’s deficit better or worse? How might it affect incentives to work, save, and invest? Even without getting into the weeds, reviewing campaign proposals can reveal a lot about the candidates, even if their specific details will never become law.

After all, candidates can’t easily run away from their basic tax reform ideas after they are elected and usually don’t try. Plans proposed during the campaign signal a commitment that we should take seriously, especially in the first two years of a president’s term. Candidate Ronald Reagan proposed across the board individual income tax cuts in his 1980 campaign, and delivered on his promise with the Economic Recovery Tax Act of 1981. Among its many provisions: a cut in tax rates that reduced the top rate from 70% to 50% over a three-year period. Similarly, candidate George W. Bush in 2000 proposed further broad tax cuts, and the Congress subsequently enacted the Economic Growth and Tax Relief Reconciliation Act of 2001, reducing tax rates to a top rate of 35% after a phase-in period.

To know your candidates, learn the basics of their tax plans.  TPC’s analysis Jeb  Bush’s proposal and our analysis of those to follow can provide a useful and informative citizens' guide.