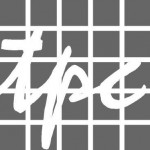 Why Not Ditch the Medical Device Excise Tax and Boost Cigarette Taxes?

Senate Republicans are insisting that the 2.3% excise tax on medical devices, enacted as part of the Affordable Care Act, be repealed as part of the package extending expired tax provisions. Democratic Senate Majority Leader Harry Reid says the proposal to chip away at part of Obamacare is not germane and has refused to allow a vote on the amendment. The stand-off has put the extenders bill in limbo.

It’s easy to lampoon Republicans for voting, yet again, to repeal at least part of Obamacare—the House has voted for full or partial repeal more than 50 times—but they have a point. The medical device tax is dubious policy. And an obvious tax offset exists. Higher cigarette taxes would raise revenue and lower the costs of the Affordable Care Act over time by reducing tobacco-related illnesses.

The medical device excise tax was part of a suite of taxes designed to offset some of the costs of the Affordable Care Act. The rationale was that the health sector would benefit from the higher demand for medical services and the taxes would recapture part of the resulting windfall. There are also taxes on insurers and drug manufacturers.

The tax is small and it exempts exports and direct sales to consumers (e.g., eyeglasses). Jane Gravelle and Sean Lowry of the Congressional Research Service concluded that the tax would mostly be passed on to consumers, having negligible effects on profits. The warnings of a massive exodus of US manufacturers in response to the tax are thus overblown.

But taxes on intermediate production activities are economically inefficient. Compared with broad-based taxes on spending or income, they produce large distortions relative to the revenue collected. And CRS warns that since the tax is relatively small, administration and compliance costs are likely to be large relative to revenues—especially for small manufacturers.

Cigarette excise taxes present a much better targeted alternative. Cigarette taxes discourage youth smoking and ultimately reduce lifetime health expenditures. Given that federal health programs, such as the ACA, ultimately foot the bill for many of these costs, the cigarette excise tax could be viewed as a kind of benefits tax—paying for health insurance that is more valuable to smokers than the rest of us.

The common critique of cigarette taxes is that they are regressive—poor people are more apt to smoke than others. But they would also benefit to the extent that they—or their children—are dissuaded from smoking (assuming that smoking is a choice that they would ultimately regret). And part of the revenue from cigarette taxes could be recycled into programs that help the poor such as the EITC.

The Joint Committee on Taxation estimates that raising the cigarette excise tax by 50 cents from $1.01 to $1.51 would bring in about $37 billion over the ten-year budget window, more than offsetting the $29 billion in revenues lost if the medical device tax is eliminated. The surplus could be plowed into a higher EITC (or offsetting more of the costs of the extenders) or the cigarette tax could be increased less.

Democrats fear that repealing the device tax would fuel efforts to roll back other ACA taxes, and that’s possible. But establishing the precedent that such changes must be offset would significantly raise the bar for future policy changes.