Who Owns Pass-Through Businesses, And Who Would Benefit From Trump’s Plan To Cut Their Taxes?

Donald Trump’s proposal to cut the tax rate to 15 percent for pass-through businesses such as partnerships and S corporations would overwhelmingly benefit high-income taxpayers. A new analysis by the Tax Policy Center finds that two-thirds of this business income is reported by households making $292,000 or more, and half goes to those making $693,000 or more, the highest income one percent. 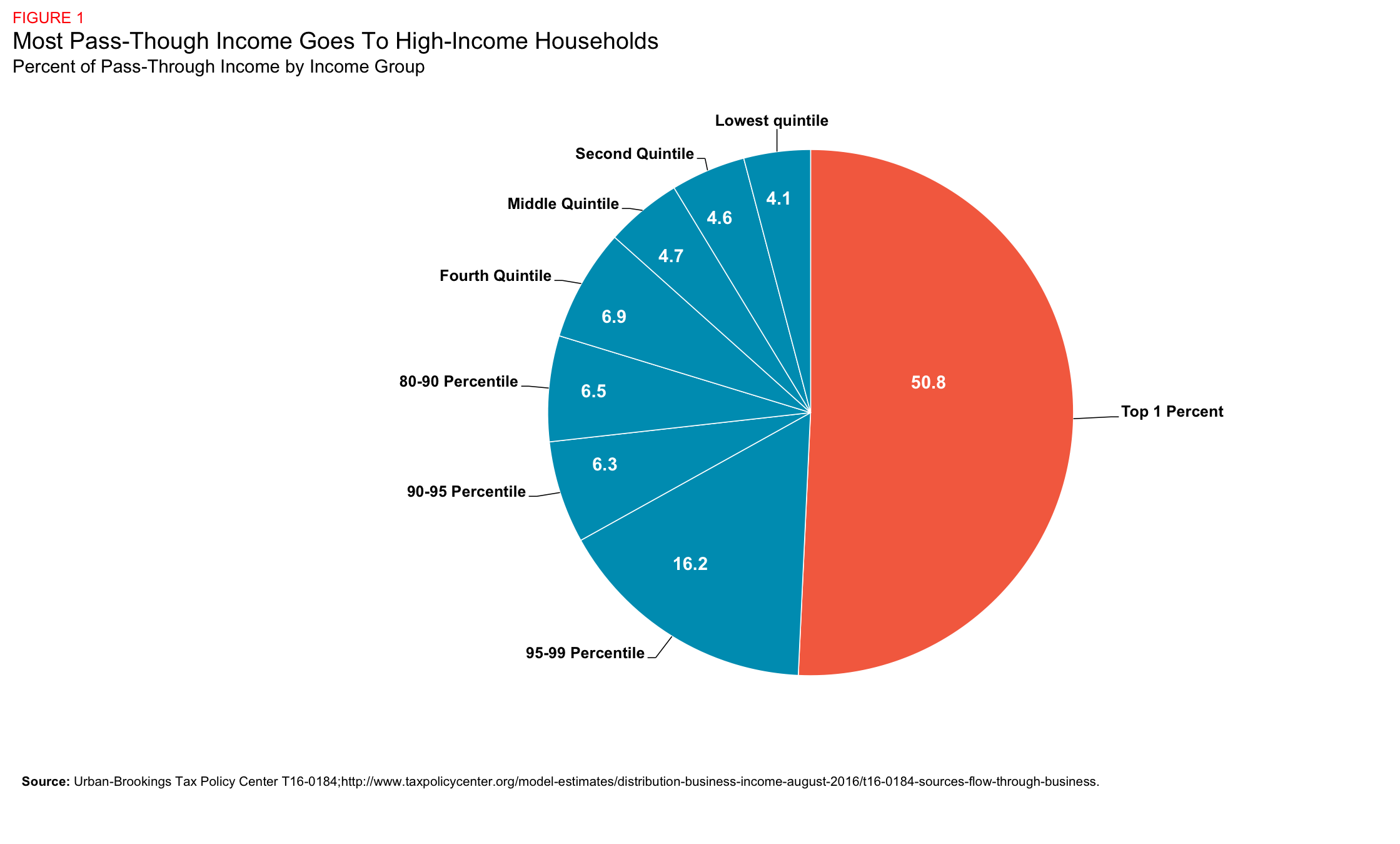 Supporters often describe these firms as small businesses. And about 26 million of the 38 million households who report business income on their individual tax returns are sole proprietors, and nearly 60 percent make $82,000 or less in total income. However, they report relatively little business income.

For instance, among those with $75,000-$100,000 in total income, about one-quarter report some business income on their individual returns. However, for more than nine out of 10 of those households, business income accounts for less than 10 percent of their Adjusted Gross Income. And on average, those middle-income households report only about $7,300 in net income from these activities.

While the TPC analysis does not describe what these taxpayers do, it is easy to imagine. I suspect many run small sideline businesses to supplement income from their day jobs. Think a plumber who works for a management company but takes on a few extra jobs on nights and weekends, or a coder who creates a new videogame in her spare time.

Many don’t have businesses at all, They may just receive a bit of stray income, such as an honorarium for a single speech, a small amount of rental income on a vacation home, or income from the sale of some odds and ends on eBay. In 2011, Matt Knittel and colleagues at Treasury estimated that only about half of those who filed a Schedule C really ran a business.

The picture is very different for high-income taxpayers. Among those making $1 million or more, 80 percent report some business income, and more than one-quarter generate half of their AGI that way. Those who make $1 million-plus average more than $810,000 in pass-through business income.

Who are they? Many are doctors, lawyers, consultants, and other professionals. And even further up the economic food chain are the partners in hedge funds or other investment firms.  Trump has vowed to bar investment managers from treating a share of their compensation as low-taxed capital gains.  But by taxing their partnership income at just 15 percent, he may be giving them an even better deal.

That income distribution is especially skewed for partnerships and S Corps, where TPC estimates about three-quarters of the $590 billion in net income goes to those in the 39.6 percent tax bracket. The picture is somewhat different for sole proprietorships, where those in the 10, 15, and 25 percent brackets make about half of such income reported on individual returns.

Overall, however, high-income taxpayers make the bulk of pass-through income, and would enjoy an outsized benefit if their tax rate were cut to 15 percent.

General view outside of the America’s Cup Racing festivities at Brookfield Place North Cove Marina on Sunday, May 8, 2016, in New York. (Photo by Scott Roth/Invision/AP)