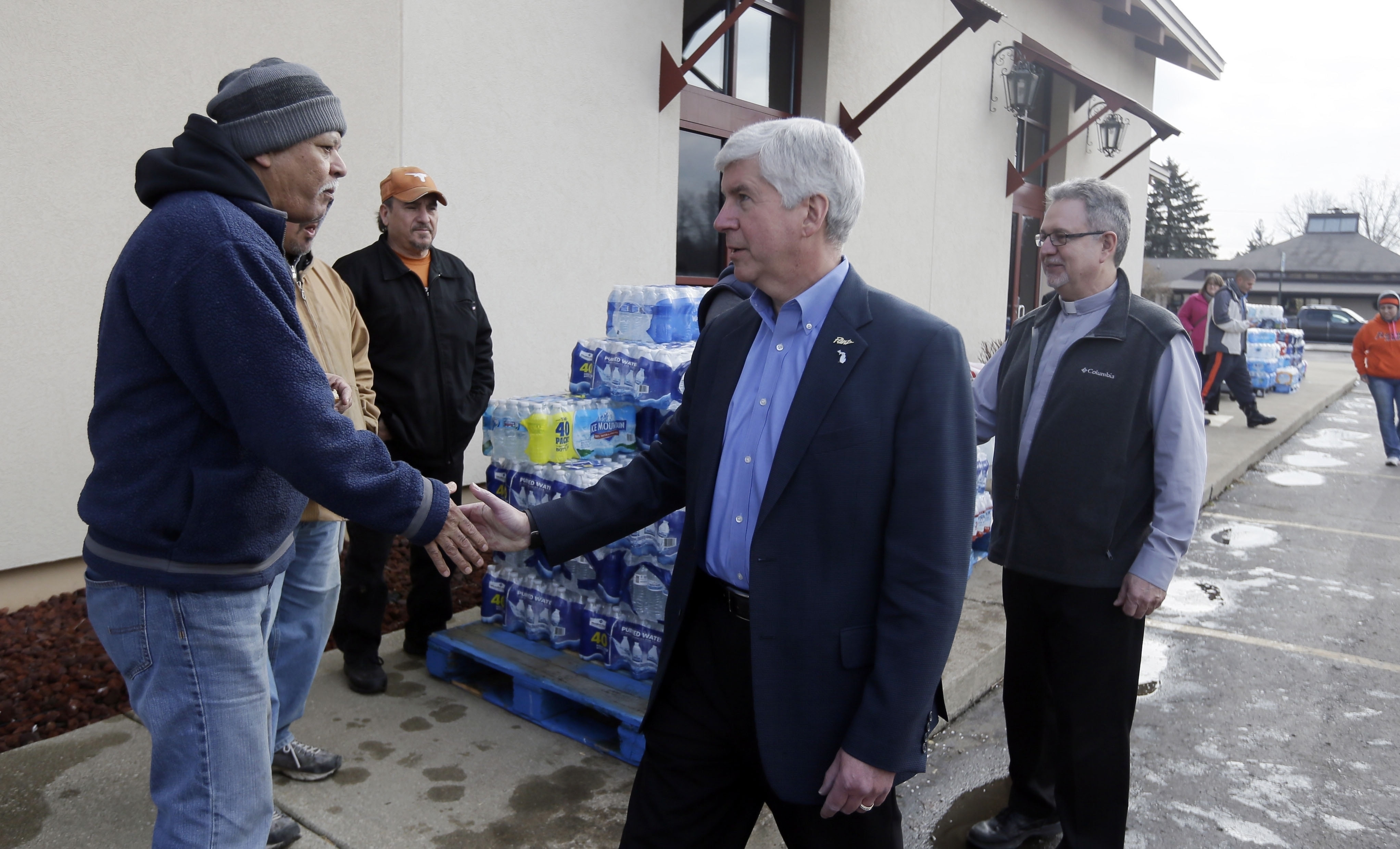 What’s so funny about taxes, love, and solidarity?

A couple of weeks ago I donated six cases of water to our neighbors in Flint, Michigan. I’m not alone. In an outpouring of love and solidarity for a city that’s been stuck with poisoned tap water for two years, average Americans and big-name celebrities from across the country have donated millions of bottles of water in the past month.

But Flint needs more than clean drinking water. It needs cash. A lot of cash. Governor Rick Snyder just sent $28 million in state funds to the city, and President Obama sent $80 million in federal funds. But according to Snyder, it will take $767,419,500 just to replace Flint’s water system.

mericans pay higher taxes with as much love and solidarity for the people of Flint as they donate water? And would my fellow Michigan neighbors pay up, given that state government appointees and representatives caused the problem and then covered it up?

We know that Americans are generous. According to the Charities Aid Foundation, in 2014 the United States shared the top spot (with, believe it or not, Myanmar) on the World Giving Index. The index measures three key behaviors: helping a stranger, volunteering time, and donating money.

We also know that Americans carry a relatively light personal tax burden. We might feel like we are overtaxed, but compared to other leading economies in the Organization for Economic Cooperation and Development, we are not. The average personal federal and subnational income tax burden, including Social Security, is 31.5 percent in the United States. The average German’s burden is 49.3 percent, an average French taxpayer pays 48.4 percent, and Swedes pay an average rate of 42.5 percent.

Of course, those European neighbors get a lot in return compared to Americans. For example, Germany offers tuition-free college. France offers universal health care. Sweden offers both those services as well as child care and help with housing.

Yet, those same countries ranked well down the World Giving Index. Germany ranked 28th, Sweden 40th, and France was 90th. Maybe they’re less willing to give to charity because they know their governments take care of them, and those less fortunate rather well. Or perhaps it’s because they have less discretionary money left over after paying those high taxes.

Americans, by contrast, believe that charities are better at solving social problems than government. In 2015 the Philanthropy Roundtable asked 1,000 American likely voters “Would your first choice for solving a social problem in America be to use government or to use philanthropic aid?” Close to half, or 47 percent, chose philanthropy. Only 32 percent chose government. That same survey found that 43 percent of Americans—irrespective of political affiliation—trusted nonprofit agencies to address pressing social issues, while only 14 percent trusted government to do the job.

The thing is, some problems are too big for nonprofits and charitable giving to solve. Sometimes we need government—even, in Michigan's case, a poorly managed one—to do what the nonprofit sector can’t.

Thankfully, Americans are fine with paying taxes—or at least they believe everybody should pay taxes. An IRS Oversight Board survey finds that over 95 percent of Americans agree that “It is every American’s civic duty to pay their fair share of taxes.” More than half see taxpaying as “very patriotic.”

Maybe taxpayers would pay a bit more in taxes to help Flint. Unfortunately, taxpayers—including me—are painfully aware of how poorly managed Flint and its water crisis have been. I want to help Flint’s residents, but I’m not especially keen on paying higher taxes to the state and state-controlled local governments that caused the disaster. I’m certainly not alone.

Suppose Governor Snyder ultimately recommends that Michigan taxpayers pay a slightly higher personal income tax rate in order to help not only Flint, but other cities in need of improved infrastructure—improvements that could prevent another Flint-like disaster. Michigan’s personal income tax rate is 4.25 percent, the twelfth lowest among states with income taxes. Maybe taxpayers would be okay with an increase. I think I might be, though I'd be wary.

But mostly, I’m weary: Even if taxpayers were on board, Snyder’s not likely to push a tax hike. The state has an unexpected budget surplus this year of $575 million, thanks in part to higher-than-expected state income tax collections. Michigan’s budget director John Roberts says that any share of the one-time surplus would likely be used to address Flint’s immediate needs, not its aging infrastructure—pipes that deteriorated even more because state-controlled Flint didn't treat the water correctly.

It’s not often that tax policy brings a song to mind, but in this case, I hear Elvis Costello:

“So where are the strong? And who are the trusted? And where is the harmony?”

In a file photo from Feb. 5, 2016, Michigan Gov. Rick Snyder, center and Our Lady of Guadalupe Church Deacon Omar Odette, right, meet with volunteers helping to load vehicles with bottled water in Flint, Mich. Snyder's standing as one of the GOP's most accomplished governors has taken a beating in the lead-contaminated water emergency in Flint. Democrats, especially those running for president, are pointing to mistakes by Snyder's administration during the crisis as a vivid example of Republican-style cost-cutting run amok. (Carlos Osorio/AP Photo)