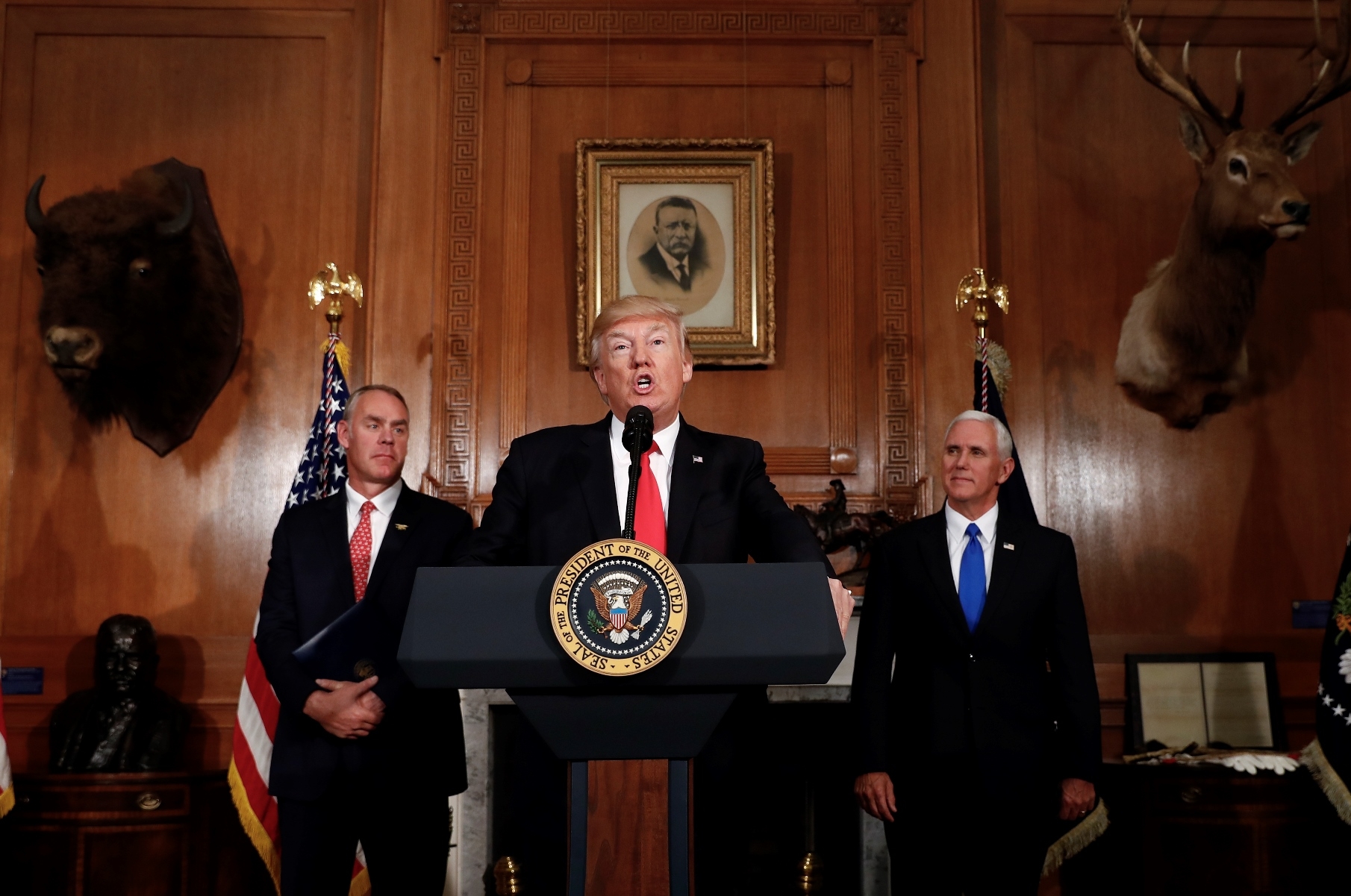 What Team Trump Didn’t Tell Us About His Tax Plan

When President Reagan first introduced his version of what would become the landmark 1986 tax reform, his staff kicked off the debate with a phone book-sized description that become known as Treasury I. And for every recent president who proposed tax changes as part of his budget, the Treasury staff described those ideas in hundreds of pages of detail in what’s called the Green Book.

Yet when President Trump proposed what Treasury Secretary Steven Mnuchin described as “the biggest tax cut and the largest tax reform in the history of our country," we got one page of bullet points—double spaced.

Because the Administration summary was, um, short, it is impossible to know what the president really wants to do, and what it would mean for taxpayers.  As a result, Trump has not given the public a plan. He hasn’t even produced a complete outline. Instead, we have an aspirational black box that leaves nearly all the gory details to others.

Here are just nine examples of what President Trump and his aides didn’t tell us about his tax plan.

Individual tax rates: The White House would collapse the current seven rate system to three—10-25-33 percent. But we don’t know how much taxable income you must have to qualify for each of those rates.  For instance, today, the top 39.6 rate applies to couples with taxable income of $418,400. Will Trumps’ new top bracket kick in at $200,000, $400,000, or $100,000? It matters. A lot. Rates without the brackets are a bit like a GPS without addresses. They may get you in the neighborhood but you’ll never know where you really are.

Personal exemptions: Once, Trump proposed ending them. Now?  The outline is silent.

A tax subsidy to care for children: The outline says Trump would provide “tax relief for families with child and dependent care expenses.” OK, but what relief? Is it a credit or a deduction? Is it refundable or not? How would it fit with the current credit?

Taxing cross-border transactions: The summary says the president now favors a “territorial tax system to level the playing field for American companies.” But what does that even mean?  Ask a dozen politicians what a territorial tax system is and you’ll get a dozen answers (excluding those who say, “a what???”)

The destination-based cash flow tax. It was the most far-reaching and controversial element of the tax plan proposed by the House GOP leadership. The first half--border adjustability—has been the most debated piece of their plan. The second—allowing firms to immediately expense their capital costs but curbing their ability to deduct interest costs—would be a major shift to a business consumption tax.  Yet, the Trump outline is silent on both:  It doesn’t endorse these ideas, but it doesn’t reject them either. A very large elephant is sitting in the room, and the president pretends it is not there.

Repatriating foreign earnings: US-based multinationals have about $2.5 trillion in overseas income that has gone untaxed in the US. Trump says he impose a one-time tax on that income. But the outline does not say how big the tax would be.

Corporate tax preferences. Same story as on the individual side. All we know is that the president would “eliminate tax breaks for special interests.” Does that mean a new way to tax insurance companies or energy producers? Or changes to tax accounting rules? Or taxing compensation of hedge fund managers who turn their pay into carried interest? Maybe, but we don’t know.

These are not just geeky details. They have huge implications for the cost of the Trump plan and the distribution of its benefits among people of different income groups.  Without these specifics, it is not possible to understand how the president would rewrite the tax code.

This all reminds me a bit of my long-ago college days.  Even today, I shudder at the thought of what happened when, instead of the 20 page paper the professor requested, I delivered a one page outline with a promise to produce the rest by the end of the semester. It didn’t go well.

This one-pager is the policy equivalent of my undergraduate misadventure. And it probably deserves the same grade.