What Tax Brackets Are Americans In?

The federal government imposes individual income taxes at seven rates, ranging from 10 percent up to 39.6 percent. But for all the attention policymakers pay to the top rate, only 0.1 percent of singles and barely 1 percent of couples are in the 39.6 percent bracket, according to new estimates from the Tax Policy Center. Nearly 80 percent are in the 15 percent bracket or lower. 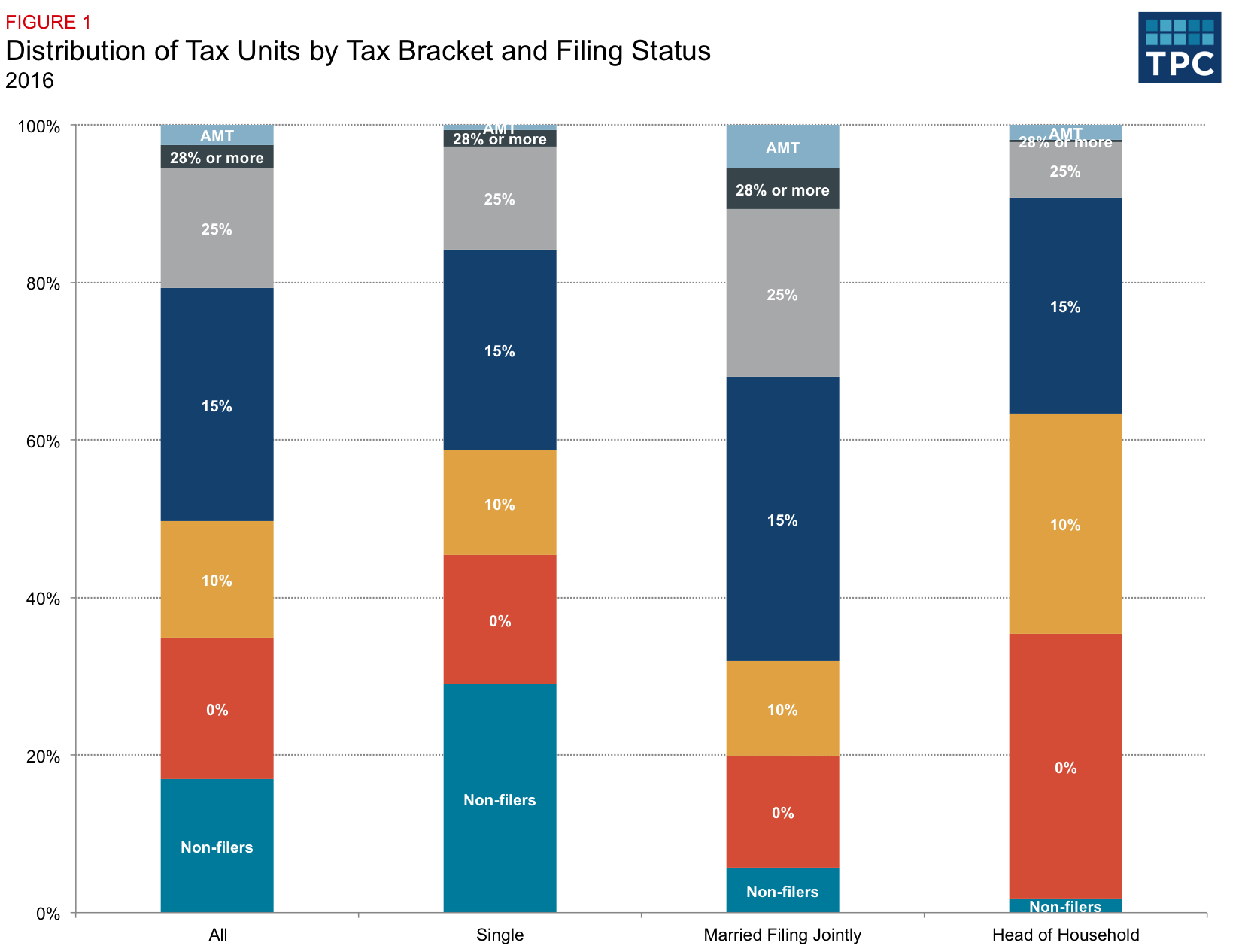 That leaves four out of five Americans in the bottom two brackets or not paying income tax at all (before credits). About one in six tax units has so little income that it doesn’t even have to file a return. (For 2016, that means less than $10,350 for single people and twice that for married couples.) A similar fraction claims enough deductions and exemptions to zero out their taxable income and thus face a zero tax rate. So about a third of tax units have no tax liability, even before subtracting credits such as the earned income tax credit or the child tax credit.

The remaining 45 percent of households are in the 10 and 15 percent brackets, with two-thirds facing the higher rate.

A quick aside: These are the bracket rates on ordinary income. Long-term capital gains and qualified dividends face lower rates. Phaseouts such as the limitation on itemized deductions and added taxes like the Affordable Care Act’s net investment income tax can boost effective tax rates above bracket rates. Stay tuned for a coming TaxVox post on how effective tax rates vary by level and source of income.

The distribution of households across tax rates varies substantially by filing status. Because single people have lower income on average, they typically face lower rates—nearly half either don’t have to file or have a zero tax rate, and five out of six are in the 15 percent bracket or below. Less than 3 percent face either regular or AMT rates above 25 percent. Heads of household are even more likely to be in the lower tax brackets—fully nine out of ten face tax rates at or below 15 percent.

In contrast, married couples are more likely to face the higher rates. About a third are in the 25 percent bracket or higher, roughly twice the fraction of single people. Couples are much less likely than singles to face a zero tax rate or not have to file at all

Federal income tax brackets may go up to very high tax rates but only a small fraction of Americans make enough to encounter them. For most of us, income tax rates aren’t all that high.

In this photograph taken on Friday, March 12, 2010, Kristie McNealy, second from left, works on her laptop computer while her children, from left, 4-year-old Camden, 1-month-old Maverick, 7-year-old Riley and 2-year-old Sawyer join her at the dining room table in the family's home in the east Denver suburb of Aurora, Colo.  (AP Photo/David Zalubowski)