What 2018’s Economic Data Tell Us About The TCJA

We now have a full year of data about the state of the US economy since President Trump signed the 2017 Tax Cuts and Jobs Act. Some of the story is ambiguous but the trend is becoming clear: The economy got a nice bump in the first half of 2018, likely due in part to the stimulative effects of the TCJA’s tax cuts. And while the economy finished last year in good shape, growth began to wane through the third and fourth quarters.

On Thursday, the government reported that adjusted for inflation the economy grew by 2.9 percent last year, its strongest showing since 2015 and just short of Trump’s promise of 3 percent growth. But while the president vowed the tax cuts would result in 3 percent annual growth indefinitely, the economy already has begun showing signs of slowing. In the fourth quarter of 2018, it grew at an annualized rate of 2.6 percent. That continued a steady drift downward from 4.2 percent in the April-June period and 3.4 percent from July-September. 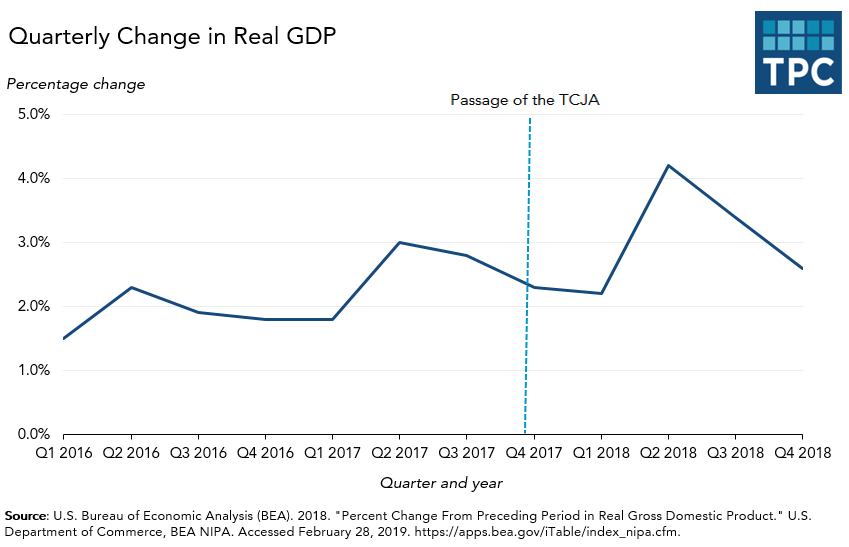 It is not possible to attribute changes in the US economy to the TCJA alone. Many other factors affected consumer demand, labor supply, and investment. The stimulus effect of the TCJA’s tax cuts were compounded by a big boost in federal spending after Congress raised outlays for both defense and non-defense programs. The negative effects of the recent partial federal government shutdown will mostly show up in data for the first quarter of 2019.

At the same time, the US economy faced headwinds from President Trump’s ongoing trade war and slowing growth in both China and Europe. But the TCJA seemed primarily aimed at generating a short-term boost to an ongoing expansion. And it achieved that goal for much of 2018.

Overall, consumer spending, which accounts for more than two-thirds of the economy, rose at an annual rate of 2.8 percent in the fourth quarter, down from 3.5 percent in the third quarter.

Business investment had a strong fourth quarter and a solid, if up-and-down, 2018. As was well-reported, firms poured much of their increase in after-tax income into stock buybacks and dividends rather than capital spending. More than $1 trillion in buybacks were announced last year.

Exports rose in the last three months of the year. That was an improvement from the 3rd quarter when they fell, largely due to a sharp decline in agricultural sales to China caused by that country’s tit-for-tat tariff battle with the US. 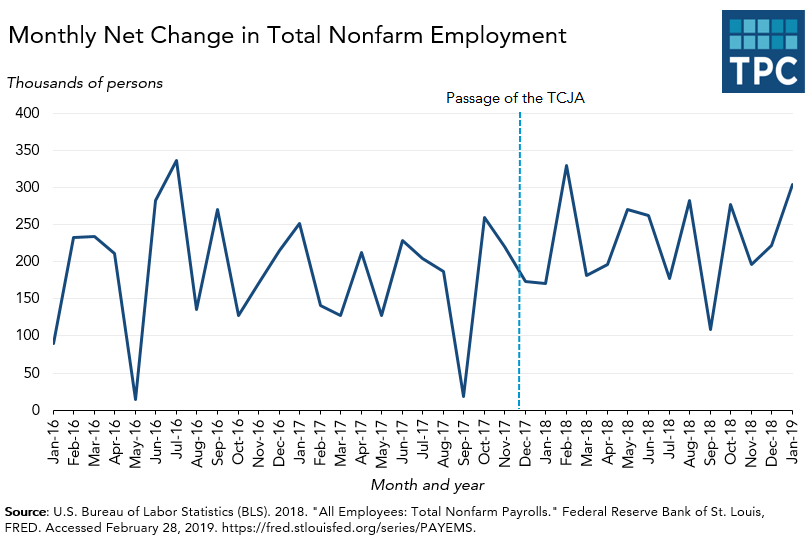 Even though the US is at full employment, wages gains lagged economic growth. After inflation, wages grew by about 1.9 percent last year, with much of the increase coming in the last quarter. Supporters of the TCJA say that increases in future business investment eventually will make workers more productive and raise wages. But so far there is little evidence of that occurring.

While some economic signals were ambiguous in 2018, one was clear: The combination of big tax cuts and a significant boost in spending increased the federal budget deficit and the debt. The deficit for fiscal 2018, which ended on Sept. 30, increased by $113 billion, or 17 percent, from the prior year. 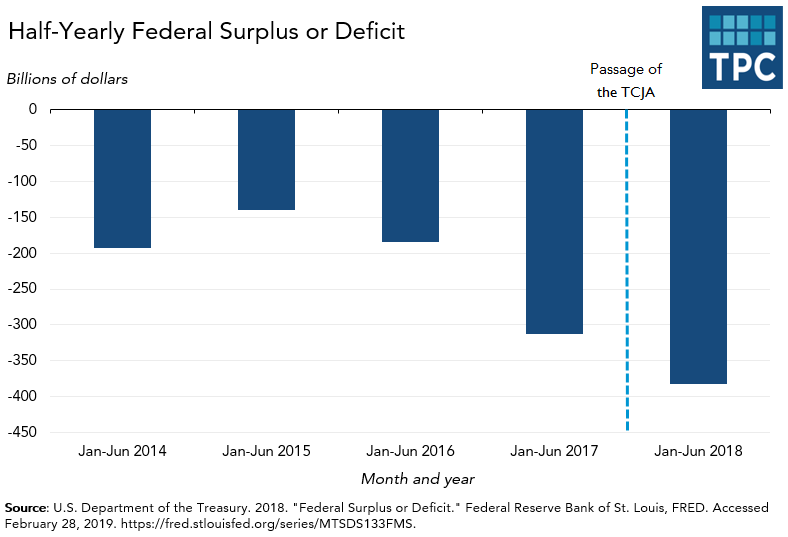 The stock market peaked in early January 2018, fell through April, rose to another peak in October, then cratered in December. It has reversed much, but not all, of that loss so far in 2019. 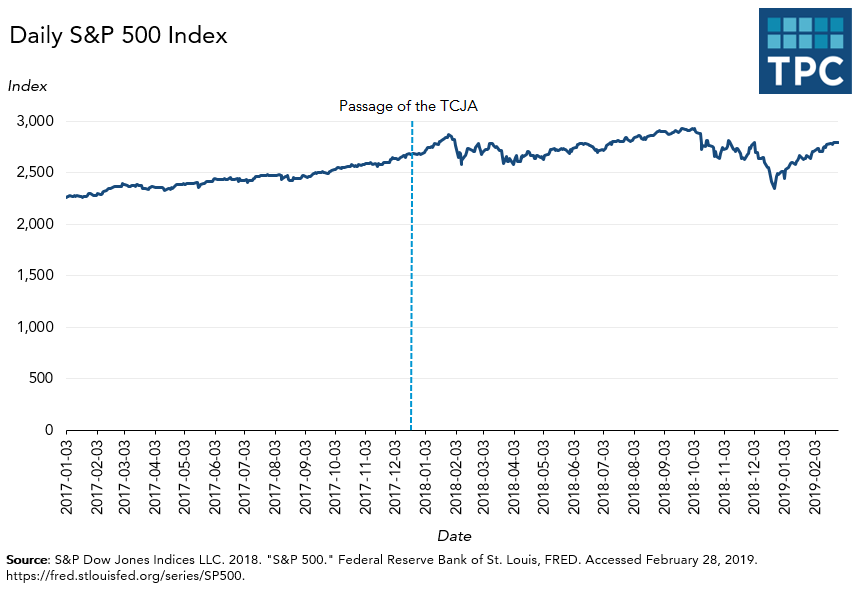 The rising deficit has had only a modest effect on overall interest rates. The yields on the benchmark 10-year Treasury bond rose steadily through 2018, until November when they began to decline. So far in 2019, rates have been relatively steady. In part, this may be due to slowing economies around the world.

When Congress passed the TCJA a bit more than 14 months ago, the Tax Policy Center and others predicted the tax cuts would boost the economy in the short run, perhaps for a year or two. Its Keynesian stimulative effects did appear to juice the economy for most of 2018. But there are at least hints that the benefits of those tax cuts already may wearing off.