Despite President Trump’s repeated promise that an upcoming tax cut would be the biggest in US history, the proposal now being considered by the House Ways & Means Committee would provide a modest average income tax reduction in 2018 and an even smaller average tax cut in a decade, after key provisions are scheduled to expire.  And many would get no tax cut at all. About 7 percent of households would pay higher income taxes in 2018 and one-quarter would face a tax increase in 2027.

Among all households, according to a new analysis by the Tax Policy Center, the Tax Cuts and Jobs Act would cut 2018 taxes by an average of nearly $1,200, a 1.6 percent increase in after-tax incomes. By 2027, the average tax cut would decline to about $700, or 0.7 percent of after-tax incomes.  The highest-income households would be the biggest beneficiaries in both 2018 and 2027. 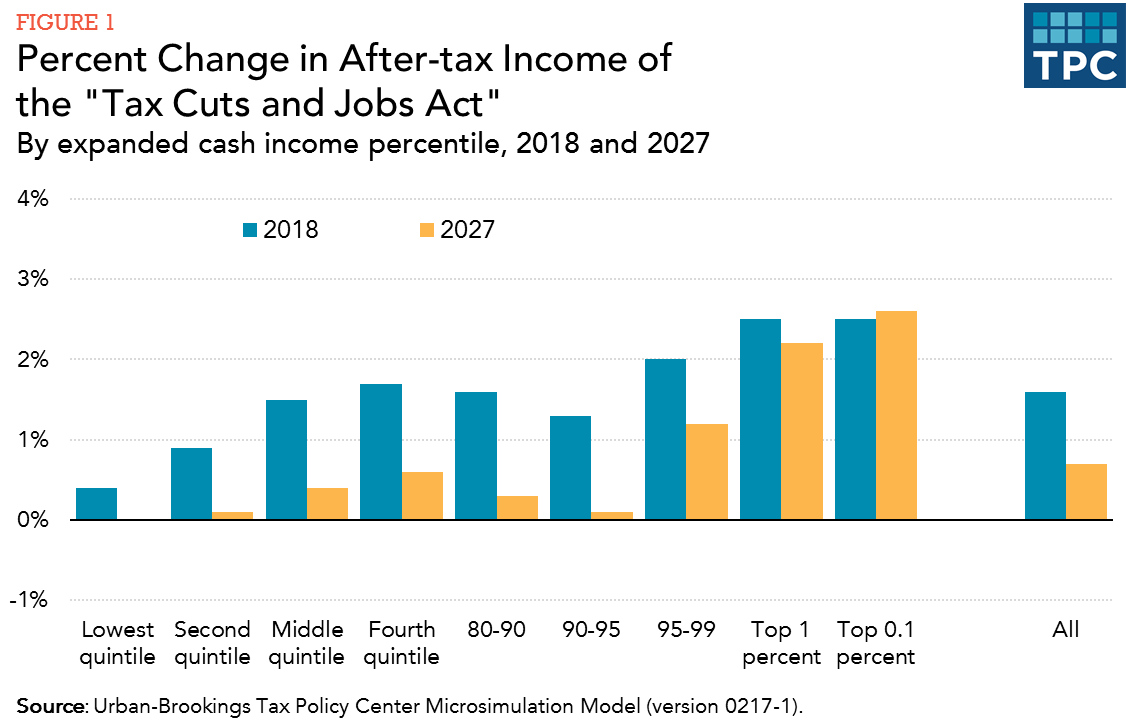 Because the bill would lower tax rates for some households while eliminating many key income tax preferences that affect only certain taxpayers, households making the same amount of money could be affected very differently, depending on the size of their families, where they live, and how they make their living. For example, the bill’s proposed repeal of the state and local tax deduction (except for some property taxes) would hit people living in high-tax states much harder than those living in low-tax states.

At the same time, many of the 2018 tax reductions would disappear over time in part because some are scheduled to expire in five years, and in part because much of the individual income tax code would be indexed for inflation using a less generous formula than today. Over time, that formula, called chained CPI, would push more people into higher tax brackets and lower the value of some tax benefits such as the Earned Income Tax Credit.

While many high-income households would pay income tax rates that are at least as high as under current law (and in some cases higher), they would be the big beneficiaries of the bill’s proposed business tax cuts—both for corporations and for pass-throughs such as partnerships.

The bill now being debated by the House Ways & Means Committee would fall far short of President Trump promise of an historic tax cut. Indeed, for many, it would mean a higher income tax bill, especially over time.