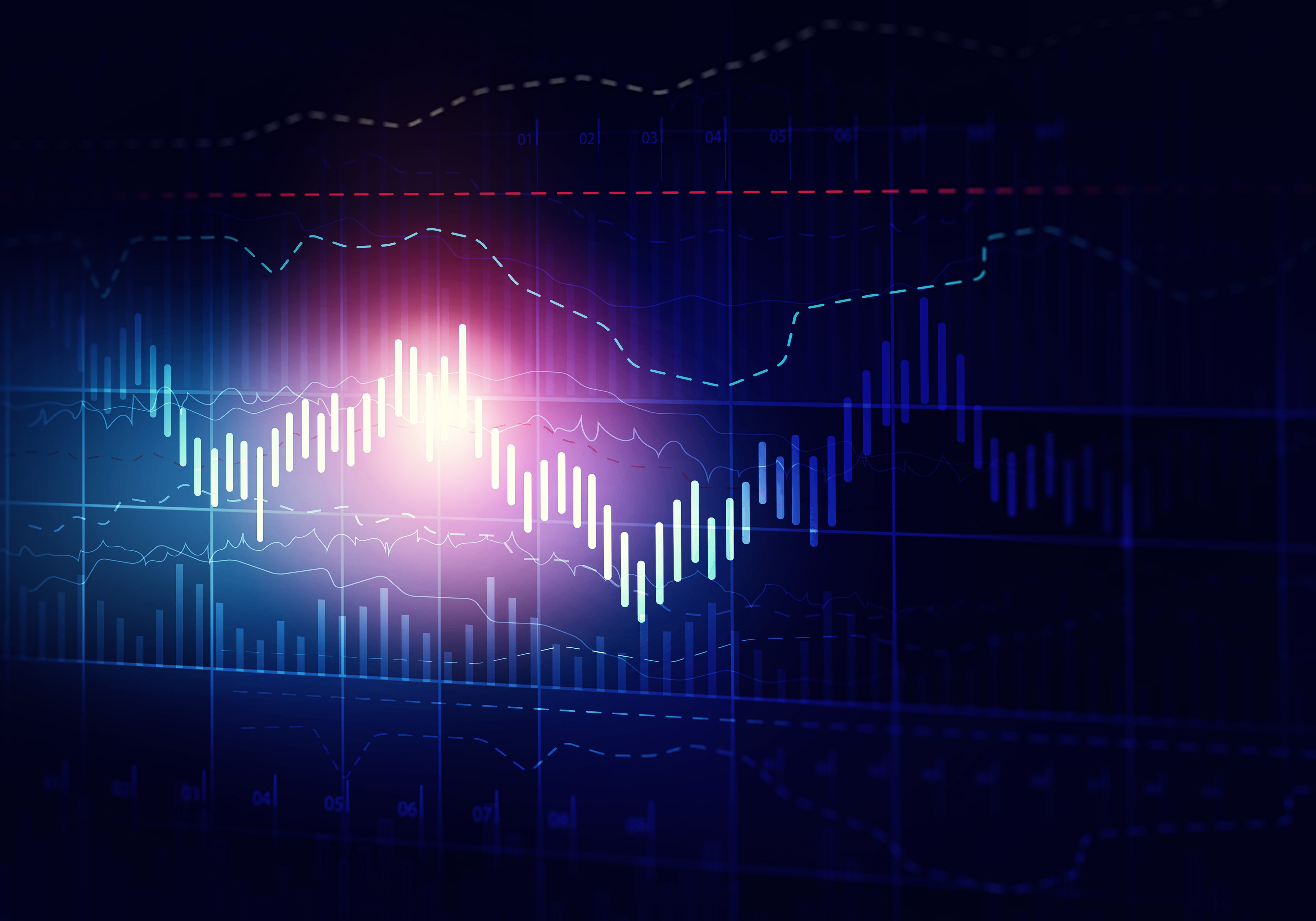 The US Economy Reverts To A Pre-Tax Cut Growth Rate

The economic benefits of the Tax Cuts and Jobs Act (TCJA) seem to have petered out.

The US economy grew robustly in late 2017, perhaps partly due to expectations for a coming tax cut (which Congress passed in late December of that year). But the rate of growth peaked in the second quarter of 2018 and has been slowing ever since. Last Friday, the government estimated that, after adjusting for inflation, the economy grew at an annual rate of about 2.1 percent in the second quarter. 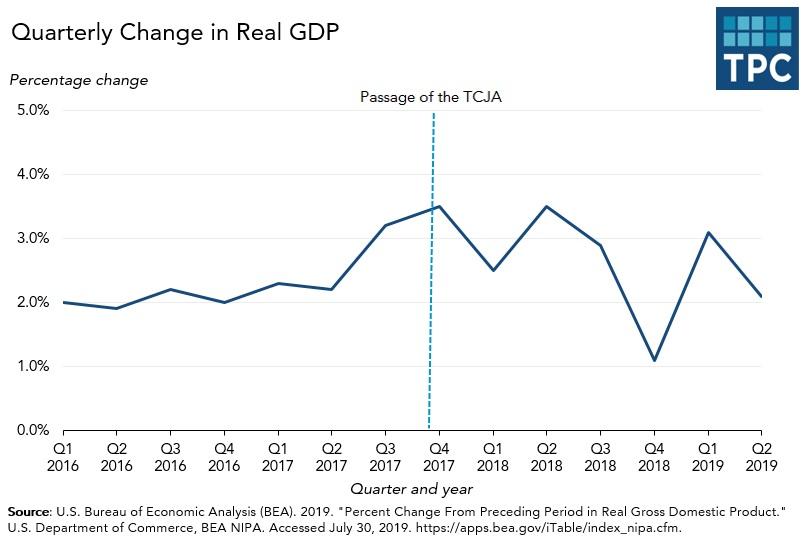 Indeed, the growth rate in the April to June 2019 period was below the 2.3 percent average annual rate over the past decade.  According to the Bureau of Economic Analysis (BEA), the growth rate for all of 2018 was 2.9 percent—still strong, but a tick below White House prediction of 3 percent.

Most troublesome, the BEA reported that for the first time since 2016, business investment turned negative last quarter. This slowdown in business purchases of plant and equipment contrasts sharply with President Trump’s rosy forecast of a long-term investment boom that would lead to annual wage increases of $4,000 or more. 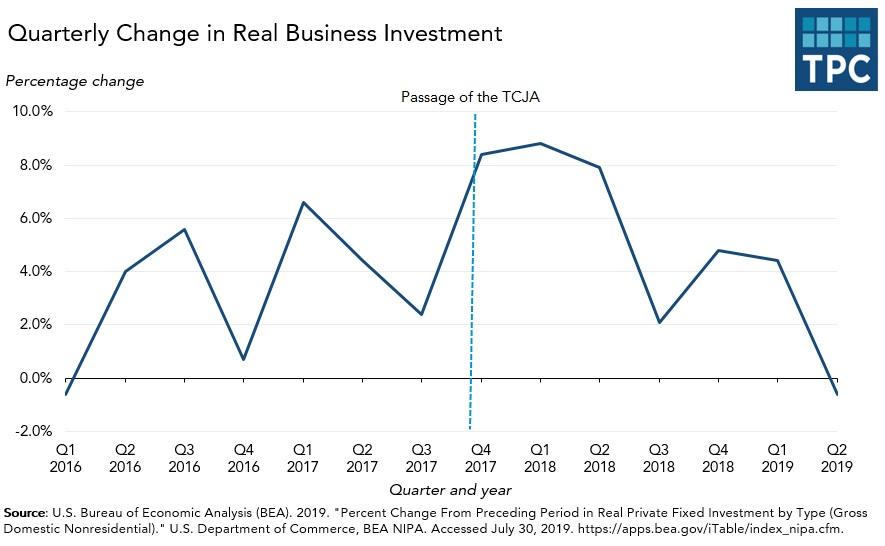 But business investment has been slumping for a year, due in part to fears of an economic slump as well as the tariffs Trump imposed on many of our biggest trading partners. US exports fell by 5 percent in the second quarter.

The economy’s strength now seems to lie almost entirely with consumer spending, which grew by a robust 4.3 percent in the second quarter, and federal government spending, which grew by 7.9 percent. The boost in federal outlays were likely due to a big new spending bill passed by Congress in 2018 as well as a spending bounce after the government reopened from its late 2018-early 2019 shutdown.

Those new outlays, on top of the TCJA’s tax cuts, are on pace to send the deficit soaring to $1 trillion this fiscal year.

And the fiscal hole is likely to deepen. The House and President Trump have agreed to boost projected spending by an additional $320 billion over the next two years, and the Senate is likely to go along this week. Combined, the tax cuts and new spending will add more than $4.1 trillion to the federal debt by 2029, according to estimates by the Committee for a Responsible Federal Budget. 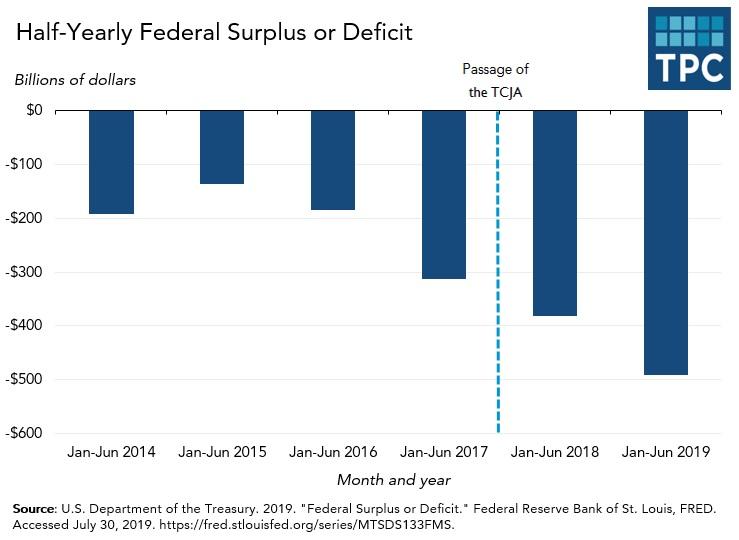 Despite the economic slowdown and a rising federal debt, financial markets remain strong.

Yields on the benchmark 10-year Treasury bond have continued to fall, and very likely have contributed to the steady upward march of the US stock market. The Federal Reserve Board’s moved yesterday to trim short-term interest rates by 0.25 percent—its first cut since 2008.  The stock market, hoping for more, fell. 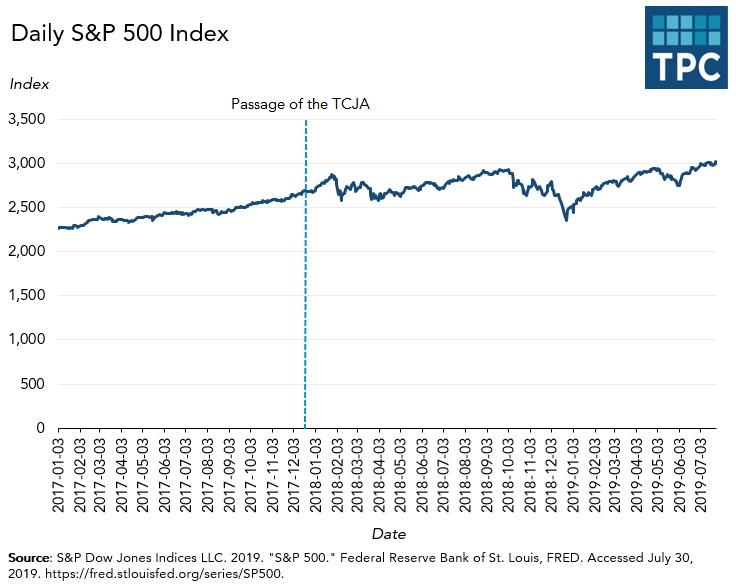 The other economic bright spot remains employment. However, even the jobs figures come with some new warning signs. This year, the US economy created an average of 172,000 net new jobs per month through June. That is strong but down significantly from an average monthly gain of 223,000 in 2018. Manufacturing employment has been especially disappointing. While it rose by an estimated 17,000 in in June, monthly industrial job growth has averaged barely 8,000 this year, compared with 22,000 in 2018. 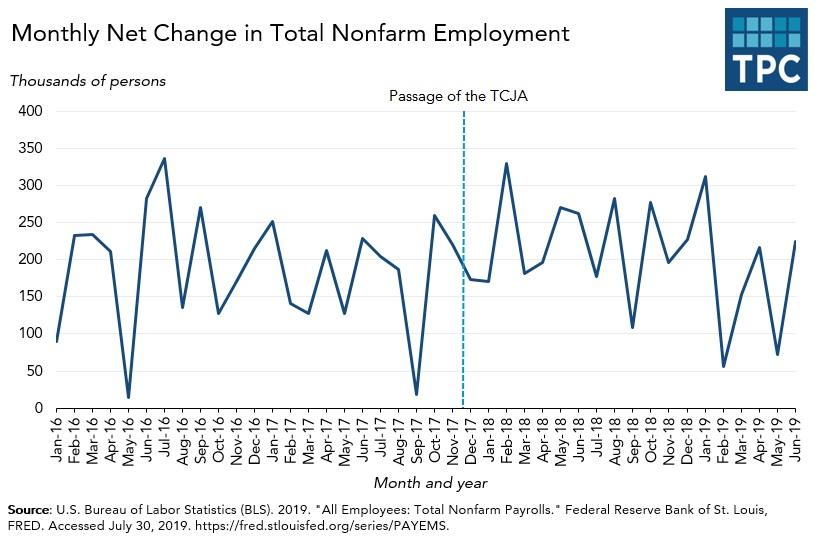 After years of stagnation, wages finally are growing—up 3.9 percent in June, and averaging more than 3.5 percent so far this year.  Whether that wage growth can be sustained will say a lot about how future analysts view the TCJA as economic policy.

The most recent economic data seem to confirm the view that the TCJA, combined with new government spending, provided a sharp, but short-lived, boost to the US economy. Lower interest rates, and a new burst in government spending (perhaps combined with some additional tax cuts working their way through Congress) may give the economy an extra bump again this year. But there is little reason to believe the benefits will stick over the long run.