Corporate tax reforms introduced by the 2017 Tax Cuts and Jobs Act (TCJA) encouraged foreign-owned US companies to reinvest more of their earnings here, according to a new TPC study. The study also finds a positive relationship between the TCJA tax cuts and foreign-owned companies’ investment in US tangible assets.

Foreign investment accounts for about 15 percent of US private business capital investment, research and development spending, and corporate tax revenues. It is heavily concentrated in manufacturing, particularly pharmaceutical chemicals. 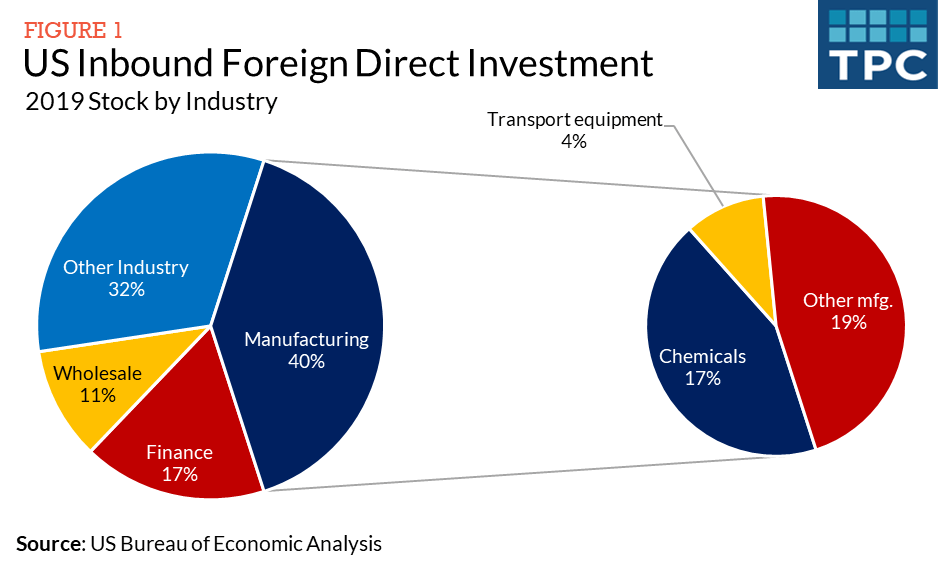 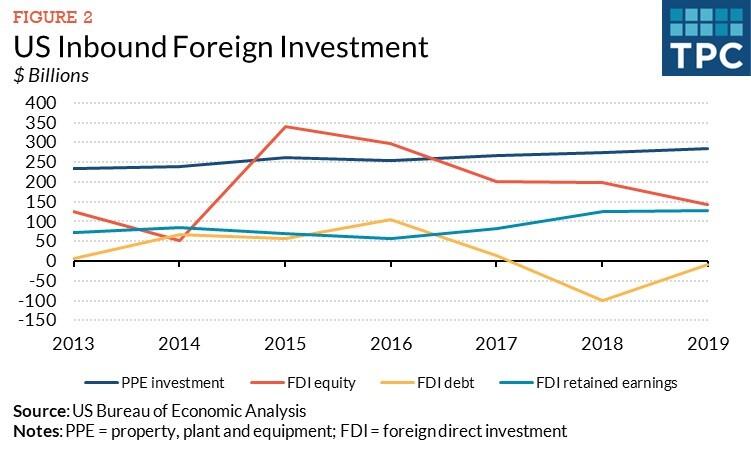 TCJA made sweeping changes to the US corporate income tax that sharply lowered its overall burden. TCJA cut the US corporate tax rate from 35 to 21 percent, and the foreign derived intangible income (FDII) regime reduced the tax rate on excess returns from exports to about 13 percent. Temporary full expensing of most equipment investment (“bonus depreciation”) also narrowed the corporate tax base.  Conversely, TCJA broadened the tax base by limiting interest expense deductibility and introducing the base erosion anti-abuse tax (BEAT), which disallows some deductions to foreign related parties.

TPC’s study captured both rate and base changes by focusing on effective tax rates calculated using its international investment and capital model (IICM). 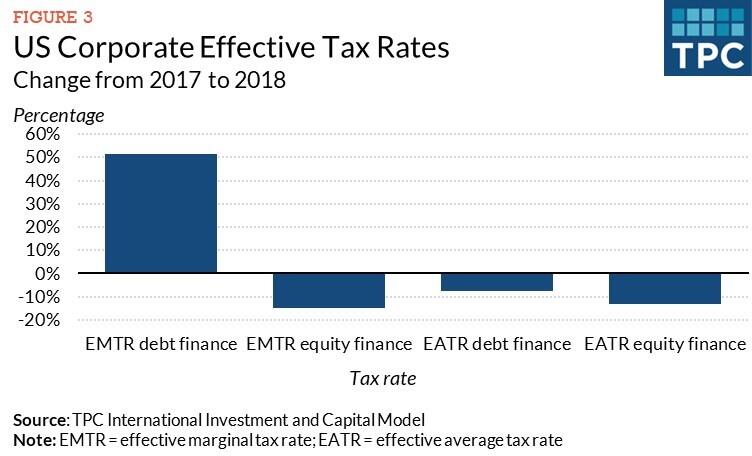 The effective average tax rate (EATR) is the ratio of the present value of tax liability from a profitable investment to the present value of its pretax earnings. The EATR is particularly relevant to cross-border investment decisions, where firms decide among alternative jurisdictions where to locate a project based on overall tax burden. For a project earning a 20 percent rate of return, both debt and equity EATRs fell by about one third in response to TCJA.

TCJA tax cuts thus appear to have spurred investment in tangible assets mainly through their stimulative effect on aggregate demand. This finding corroborates other early empirical studies of TCJA by Bill Gale and Claire Haldeman and the International Monetary Fund.

TPC does not find evidence that foreign direct investment (FDI) financed with new equity or debt responded to the tax reform. Debt-financed FDI dropped sharply in 2018 but then rebounded the following year. Since foreign-owned US companies also borrow in US capital markets, they may further have adjusted their leverage through that channel.

Equity-financed FDI, which is largely driven by acquisitions of existing US companies, fell following TCJA.  TPC finds that the decline in equity-financed FDI was driven by the boom and bust of “inversions”: transactions in which a US corporation becomes a foreign-owned corporation, typically through merger or acquisition.  These transactions, which generate an FDI inflow to acquire US stock, peaked in 2015 and then declined due to tighter US Treasury regulations as well as the TCJA reform.