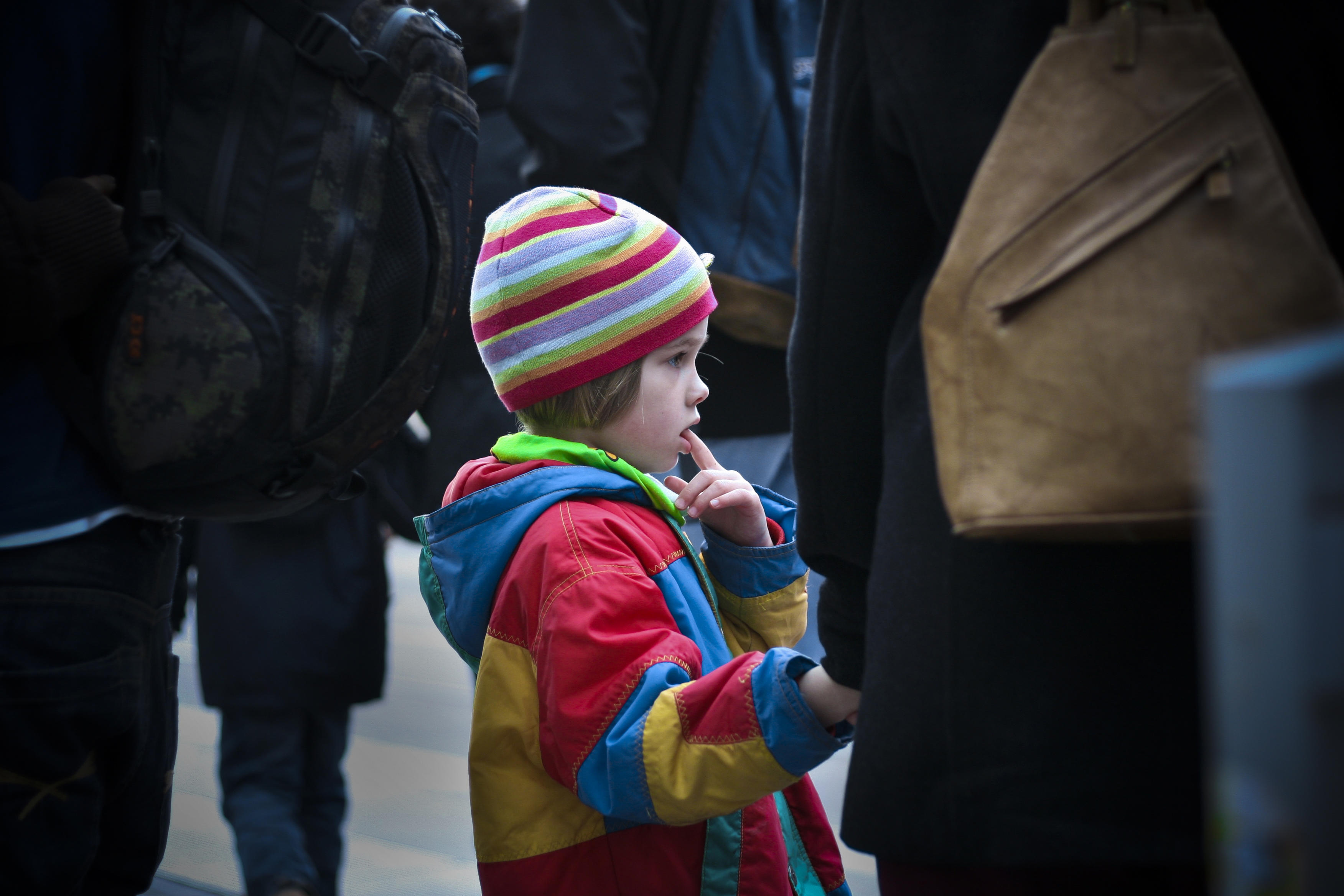 Congress created two tax benefits to help offset work-related childcare expenses-- the Child and Dependent Care Tax Credit (CDCTC) and the employer-provided childcare exclusion. But recently released data from the Treasury show that neither helps many of those parents who struggle the most to pay for childcare. Over half of childcare benefits will go to families with adjusted gross income of at least $100,000.

Parents who work or are in school can claim a tax credit equal to between 20 percent and 35 percent of up to $3,000 of childcare expenses per child ($6,000 maximum). The top subsidy rate applies to workers with income under $15,000 and the rate declines until it hits 20 percent for those with income over $43,000. If a couple is married, both parents must work or attend school for the family to get the credit.

Unfortunately for many low-income workers, the CDCTC is not refundable -- the credit amount cannot exceed taxes owed. That excludes most parents whose wages are slightly above poverty or lower. Take a married couple with two children that makes $28,600, about $4,300 above the federal poverty guideline. In 2015, the standard deduction and personal exemption zero out their income tax so they can’t get the credit to help cover their childcare costs.

Because few low-income parents can use the credit, a large share of the benefit goes to higher income families. Treasury estimates that 38 percent of all CDCTC benefits in 2016 will go to families with at least $100,000 of adjusted gross income (figure 1). Making the credit refundable would help many more low-income families to benefit. For those who get the credit, the average benefit does not vary much with income class (figure 2).

The employer-provided childcare exclusion allows parents to exclude up to $5,000 of childcare costs from earnings – avoiding both income and payroll taxes on that income. Not all employers offer this benefit. Only one parent in a married couple must work to benefit from the exclusion. Families with at least two children can claim a CDCTC for expenses in excess of what they excluded, so long as the total expenses claimed do not exceed $6,000. Benefits from the exclusion are even more lopsided than the CDCTC – 80 percent of all benefits from the exclusion will go to families with at least $100,000 AGI in 2016. In large part, that’s because the value of the exclusion rises with the family’s tax rate but it’s also because higher-income workers are more likely to have access to such plans. The highest average benefits go to those in the highest income groups. 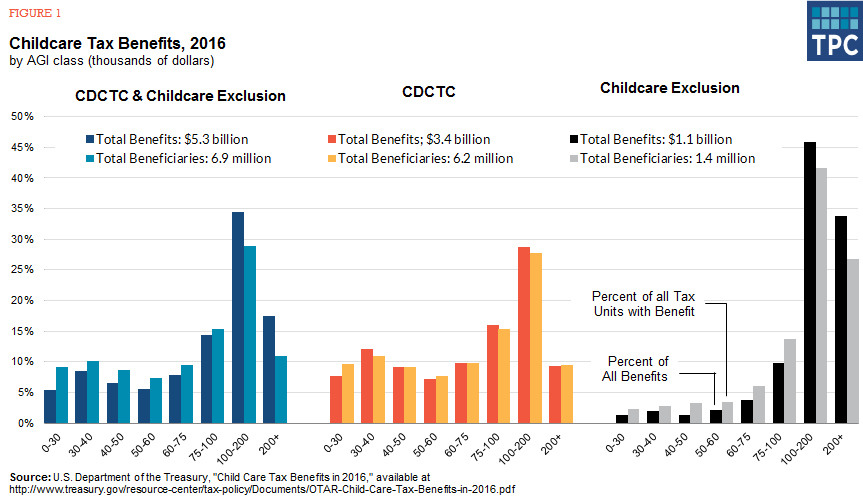 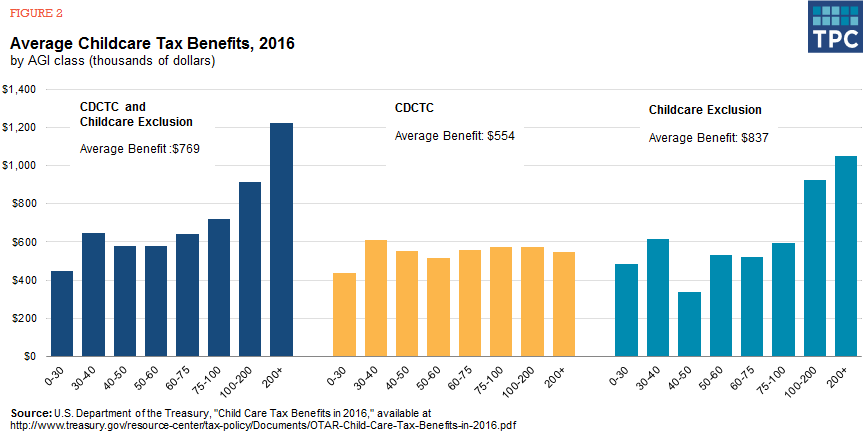 Of course, tax credits that arrive after families file their tax returns are little help in paying childcare bills throughout the year. But at least the subsidies ought to go to those who need them the most.