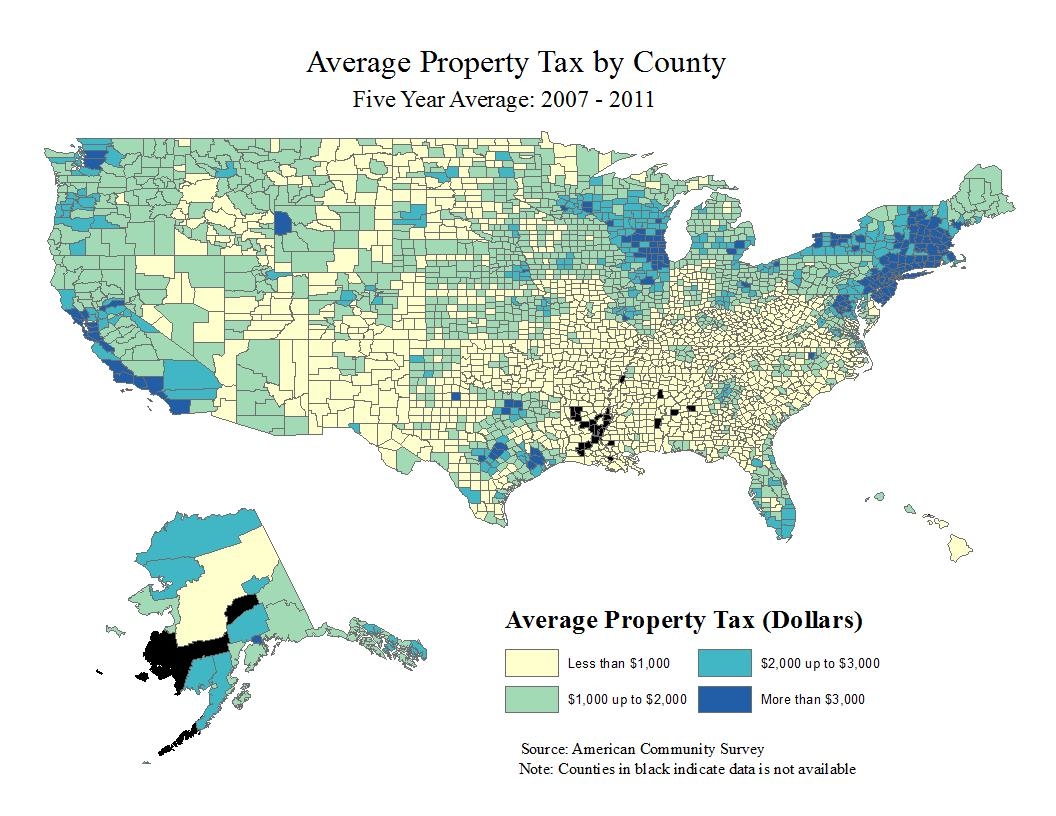 Sorting Through The Property Tax Burden

When it comes to property taxes, location matters. In a new TPC report, my colleague Brian David Moore and I look at just how much property taxes vary across states and counties.

Using self-reported American Community Survey data, we find that residential property taxes tend to be close to $1,000 per year, with a small share of households paying substantially more, especially in Connecticut, New Jersey, New York and New Hampshire. In recent years, 48 percent of homeowners paid between $750 and $1,750 in property taxes. About one-third—31 percent—paid less than $750 and 21 percent paid more than $1,750.  Just 3 percent paid more than $4,000, with a miniscule share of homeowners (0.2 percent) paying more than $8,000. 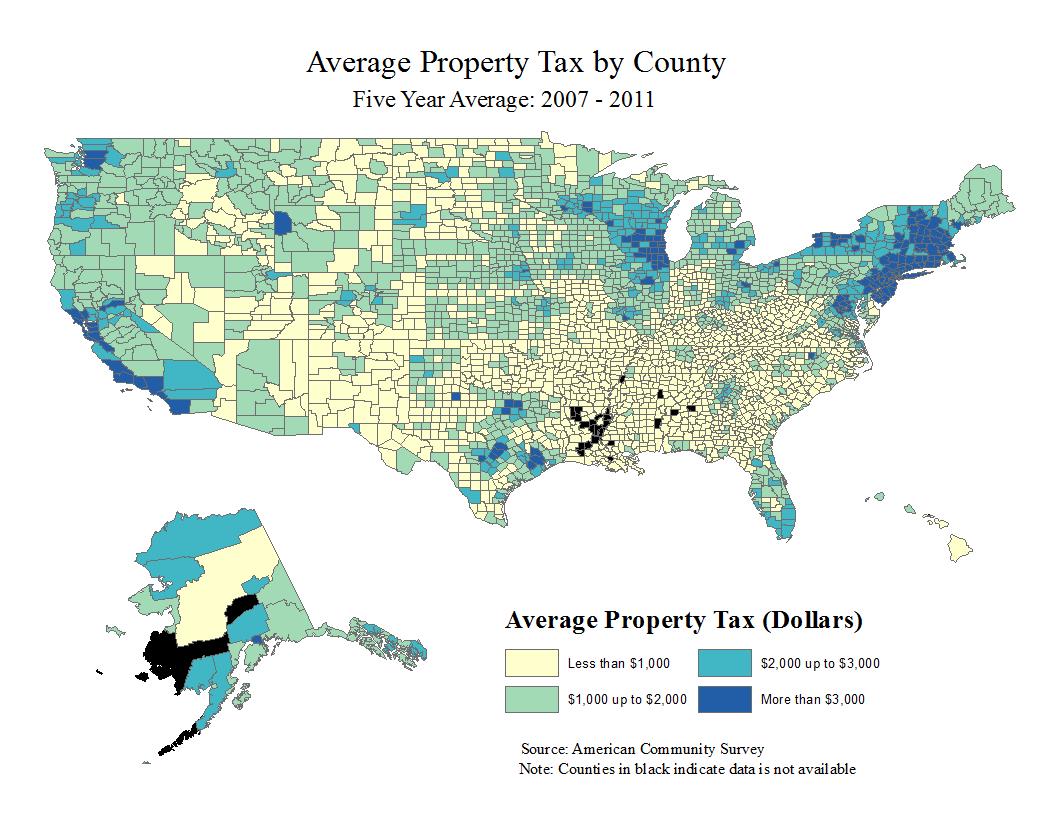 The counties with the highest property taxes paid per homeowner are those surrounding New York City. Westchester, Nassau, and Bergen counties had the three highest average tax burdens, all in excess of $8,500; this in part reflects higher house prices and higher reliance on property taxes to provide state and local services. In general, the counties with the highest property tax burdens tend to be in New York and New Jersey, with all but three of the top 25 counties being from these two states.