The Senate Leadership’s Health Bill Is A Big Tax Cut, Especially For The Top One Percent

The Congressional Budget Office estimates that the tax provisions of the Better Care Reconciliation Act (BCRA) would reduce federal tax revenues by $700 billion over the next decade. And a new analysis by the Tax Policy Center finds that nearly 45 percent of the benefit of those tax cuts would go to the highest-income one percent of households, those making $875,000 or more. 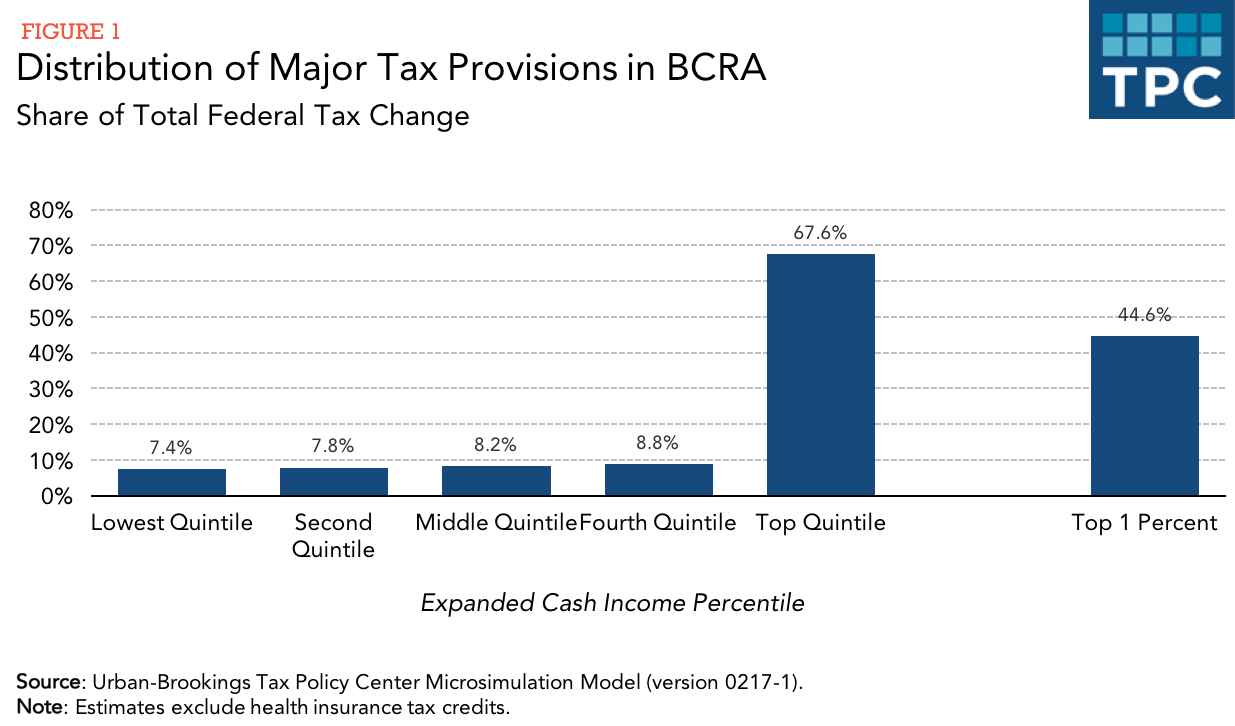 TPC analyzed the BCRA taxes for 2026, when its tax changes are fully effective. The TPC analysis excludes health insurance tax credits, which under current law mostly benefit low- and middle-income households. The Urban Institute’s Health Policy Center plans to complete an analysis of the credits and other health-related provisions of the BCRA soon.

Like the House-passed bill, the Senate measure repeals the tax increases in the Affordable Care Act. The Senate plan would kill the 3.8 percent net investment income tax (on dividends, interest and capital gains) and the 0.9 percent Medicare payroll tax surcharge. Both are aimed at individuals with incomes of $200,000 or more (couples making $250,000). The net investment tax would be repealed retroactively to Jan. 1, 2017 but the Medicare surcharge would stay on the books until 2023.

The Senate bill would also pick up the House’s more generous Health Savings Accounts and Flexible Savings Accounts, and repeal ACA taxes on several health-related businesses including insurance companies, pharmaceutical companies, medical device makers, and even tanning salons. Both bills would also delay to 2026 the effective date of the Cadillac tax on generous employer-sponsored health plans.

One difference between the two proposals: The House bill would allow people to take a tax deduction for medical costs that exceed 5.8 percent of income instead of 10 percent under the ACA. The Senate bill would set the threshold at 7.5 percent, where it was before the ACA.

But the overall effects of the Senate leadership bill would be much like the House measure. The Senate bill would cut annual household taxes by about $670 on average. But the variation among income groups would be very wide.

By contrast, the top one percent of households (who will be making $875,000 or more) are in line for an average tax cut of more than $45,000, raising their after-tax incomes by 2 percent. And those in the top 0.1 percent (who will be making $5 million or more) would receive an average tax cut of nearly $250,000, boosting their after-tax incomes by 2.5 percent.

The effects of the Senate leadership’s proposals on Medicaid and the individual health insurance market will be the subject of an intense debate over the coming days. But when it comes to taxes, there is relatively little argument: The BCRA is an enormous tax cut that would largely benefit the nation’s highest income households.