In a recent report co-authored with University of Chicago Professor Daniel Hemel, I described how our retirement tax system favors the rich disproportionately.

But it’s worse than that:  Our system of generous tax subsidies for retirement savings—such as 401(k) plans, other defined contribution plans, and individual retirement accounts (IRAs)—also exacerbates racial inequities. Due in part to these tax breaks, the gap between the average retirement account balances of White households and Black and Hispanic households widened markedly over the last three decades. 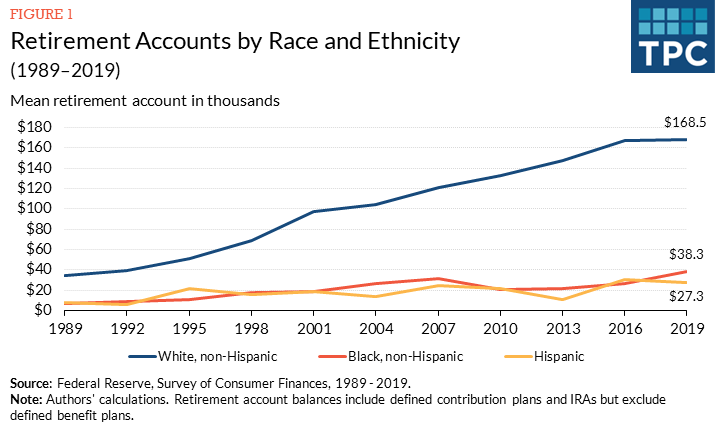 Those estimates do not include traditional employer pension plans (known as defined benefit plans) but, however we slice the data, the picture looks largely the same.  The Federal Reserve estimates that the combined value of defined benefit plans, defined contribution plans, and insurance annuities totaled almost $30 trillion, one of the largest components of household wealth in the first quarter of 2021. (The Fed’s estimates of pension entitlements exclude IRAs.) 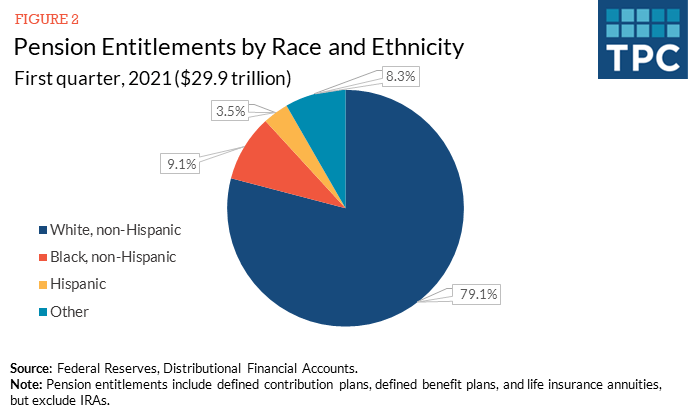 How did retirement savings grow so large? Over the last three decades, Congress, largely through bipartisan tax changes, ratcheted benefits up. Today, retirement tax benefits are the largest income tax expenditure on the books, costing hundreds of billions of dollars a year. 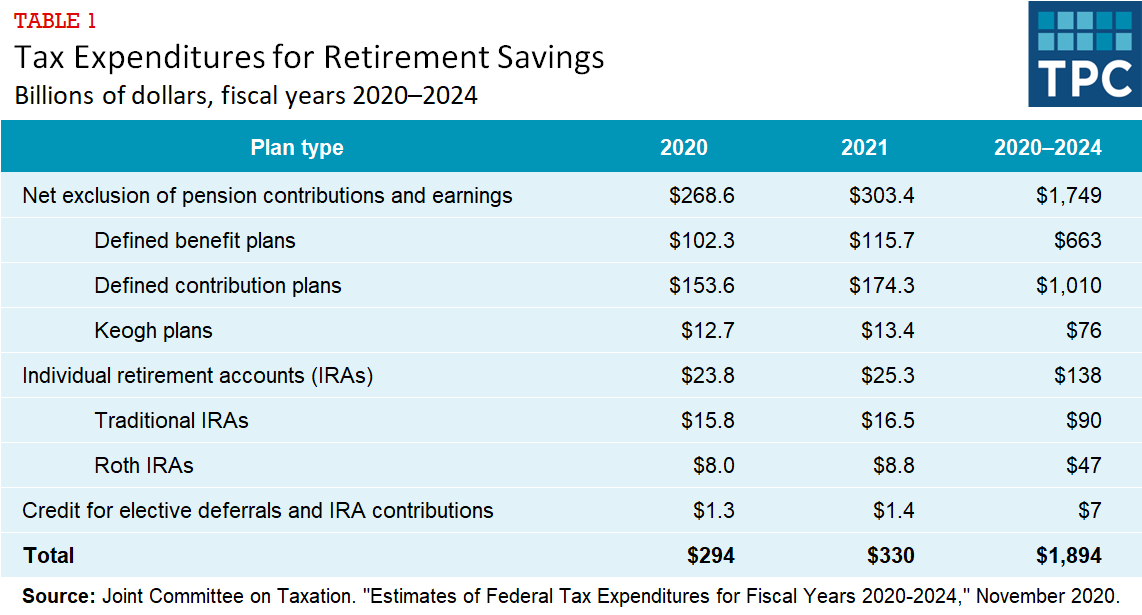 Not only has Congress’ largesse stripped revenue from government coffers, but it also overwhelmingly benefited high-income savers, those most likely to have the discretionary income to put aside in tax-favored accounts. Those high-income households are overwhelmingly White.

Congress now is poised to extend its streak of poor retirement tax policy by creating even more generous tax benefits that would mostly benefit high-income households. Congressional Democrats also plan to tackle one high-profile problem, mega-IRAs. But mega-IRAs are merely a symptom of a more serious disease:  our broken retirement tax system. Addressing that will require a major reorientation in retirement policy, not token solutions that ignore the real problem.