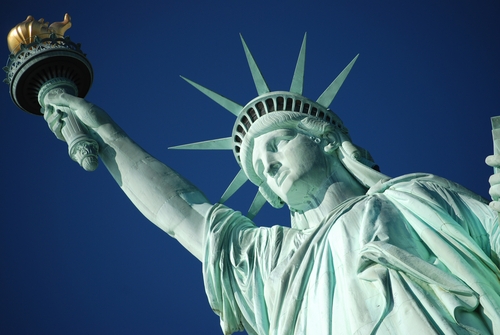 Even in its early stages, the 2016 presidential race looks like it will be remembered for two depressing superlatives. The candidates will spend more money than ever before, and they will promise more costly give-aways than any politicians in history.

We’ll save the campaign finance story for another day. Instead, let’s focus on the promises. With the election still more than a year away, we are already drowning in what GOP candidates are calling “free stuff.” They mean it as a criticism of Democrats but it applies to them as well.

Republican hopefuls are in a surreal competition over who will cut taxes more. Seemingly, it takes a tax cut of a trillion dollars just to buy a seat at the table. And the really high rollers are tossing double-digit trillions into the pot. Yuge tax cuts, one might say.

The numbers are eye-popping. The six GOP candidates whose plans have been analyzed by the Tax Foundation have proposed an average of $6.5 trillion in tax cuts over the next decade.  Here is the foundation’s list and the size of the proposed tax cuts (before considering effects on economic growth): Rand Paul: nearly $3 trillion; Rick Santorum: $3.2 trillion; Jeb Bush: $3.7 trillion; Marco Rubio: $6.1 trillion; Bobby Jindal $11.3 trillion; Donald Trump: almost $12 trillion. Even using the Tax Foundation’s aggressive method for calculating the economic effects of these plans, only one GOP tax cut comes in under $1 trillion (Paul squeaks in at a mere $956 billion).

These promises are almost always accompanied by pledges to balance the budget. How will the candidates make the math work? They don’t ever say. While pols gleefully describe their tax cuts in great detail, most go silent when it comes to exactly how they’d pay for it all. Rarely do they get beyond gauzy promises to cut waste or close tax “loopholes”.

For context, to pay for Trump’s tax cuts without adding to the $18 trillion national debt, Congress would need to slash planned spending by one-quarter over the next decade. For example, Trump could avoid adding even more to the debt by eliminating all spending for national defense plus all domestic spending except for entitlement programs such as Medicare and Social Security. Note: This wouldn’t reduce the current debt by a dime. It would just pay for his proposed tax cuts.

On the Democratic side, Senator Bernie Sanders (I-VT) is promising enormous new spending programs, including free college education for all and universal health insurance. While he has expressed no interest in balancing the budget, a President Sanders would have to pay for at least some of his new initiatives.

So far, all he’s proposed are tax hikes on “the rich” and on securities transactions. Like Republicans who target waste and loopholes, Sanders says only that he supports a tax on high-income households that is “a damned lot higher than it is right now.”

Republicans have taken to criticizing Sanders and other Democrats for trying to entice voters with government largesse. GOP presidential hopeful Marco Rubio was the latest, describing last week’s Democratic debate as a competition over “who was going to give away the most free stuff.”

By the standards of Sanders and the GOP tax-cutters, Hillary Clinton seems the very image of fiscal rectitude. While she seems to have a five-point plan for each of society’s ills, she’s largely avoided promises of big new spending programs.  Her trick, so far, has been to propose relatively small bore ideas that are less substantial in both scope and cost than they sound. Her biggest: a higher education plan that would cost about $350 billion over 10 years. Compared to her rivals, that's peanuts.

The other day, I asked a friend who has watched politics up close for decades how he thought these pols would eventually pay for their promises. “Easy,” he said, “Pixie dust.”