On November 10—just a week after the election--the US Supreme Court will hear oral arguments in a lawsuit challenging the constitutionality of the Affordable Care Act (ACA). The case was brought by eighteen Republican-led states and is strongly supported by President Trump, who has said repeatedly he wants the court to reverse the law.

While most public attention is rightly focused on the effects of the high court’s ruling on health insurance coverage, overturning the law would also result in a significant tax cut that largely benefits high-income households. 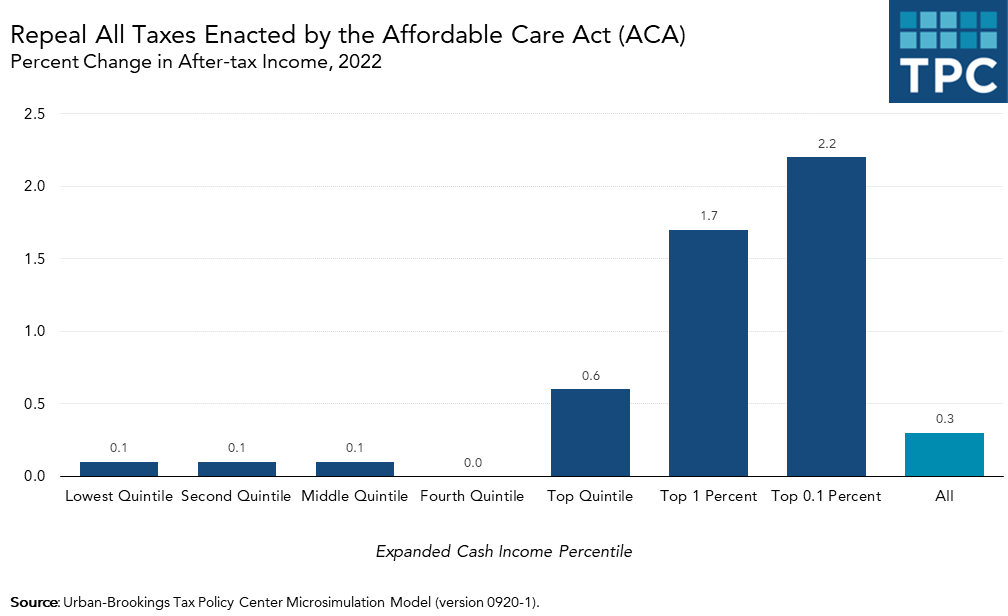 The ACA included several new taxes and tax increases, some of which Congress has since repealed. The remaining taxes include the 3.8 percent Net Investment Income Tax (NIIT) and the 0.9 percent additional Medicare tax on wages and salaries, which together are projected to raise $24-28 billion in 2022. Both levies apply only to individuals with income in excess of $200,000 and married couples filing jointly with income of at least $250,000. Other remaining ACA provisions that impose or increase taxes include the excise tax on employers offering inadequate health insurance (“employer mandate”), an excise tax on pharmaceutical manufacturers, and the $2,500 annual limit on contributions to medical flexible spending accounts.

The Supreme Court’s ruling will affect over 20 million Americans who have their health insurance through either ACA Marketplaces or expanded state Medicaid programs, both of which would end if the law is overturned. But don’t forget, if the Supreme Court accepts the Trump Administration’s argument and throws out the entire ACA, it also will cut taxes significantly for high-income households.