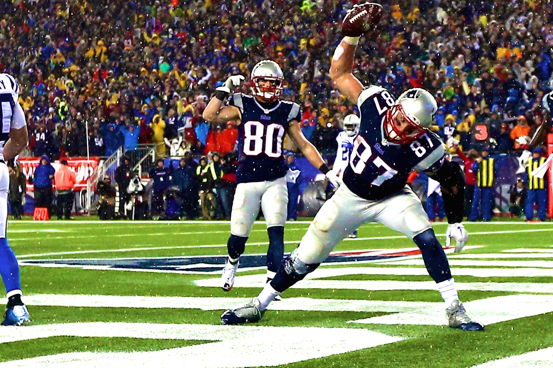 The Other Gambling Line on Super Bowl Sunday

Pop-quiz: What's the line on Sunday's game between the New England Patriots and Seattle Seahawks?

Answer: The Patriots are favored by one or two points (depending on what sportsbook you bet with).

Next question: On what line do taxpayers report gambling winnings on their 1040 income tax form?

Answer: Line 21 for “other income.” On the 1040, other income includes all taxable income not reported in other categories, including most prizes and awards, pay for jury duty, canceled debts, and, yes, gambling income.

Suddenly important follow-up: Does "gambling income" include winnings from bets made with friends at a Super Bowl party? Even money won from that silly game with the squares?

Answer: Yes. Both legal and illegal (or friendly) gambling winnings are taxable.

The question isn't trivial. The American Gaming Association estimates Americans will place $3.8 billion in illegal bets on this year's Super Bowl. Another $100 million may be wagered in Las Vegas, where most legal sports betting takes place.

And that doesn't even count the 41 million Americans who play fantasy football. Yes, winnings from fantasy football are also taxable. While some may consider these leagues a friendly hobby, they've become big business. With the advent of websites such as DraftKings, fans are now wagering and winning money on fantasy players throughout the season and playoffs. These cash-prize games are perfectly legal in 45 states (one notable exception: Washington, sorry Seahawks fans).

In 2011, 6.5 million tax returns reported $34 billion of "other income." Much of it—though, we don't know exactly how much—was gambling income. But chances are that's just a fraction of all gambling winnings. Because let's face it, just because income is taxable doesn't mean it is always reported.

It's very difficult for the federal government to track illegal gambling. Winnings from state lotteries or casinos are subject to rules for reporting the payments. However, it is up to the taxpayer to report the fistful of beer-stained twenties brought home from the neighborhood Super Bowl party.

There is one advantage to coming out on the short end of your Super Bowl bets. Gambling losses are tax deductible for itemizers, but you cannot deduct more than your winnings over the course of the tax year. And that means you must keep a record of all gambling winnings and losses, and report every dollar you won on your tax return.

So now that Americans know, can we expect more taxpayers to report their winnings? To put it in gambling terminology, if offered an over-under bet, I’ll still take the under.