A New Look at Racial Wealth Inequalities Before the Pandemic

The Federal Reserve Board’s 2019 Survey of Consumer Finances (SCF) helps us understand US wealth disparities prior to the COVID-19 pandemic that has disproportionately harmed Black and Hispanic or Latino households. The SCF is regarded among the most comprehensive data sources on household wealth, and it documents significant racial disparities in wealth and debt over time.

Here are three takeaways from the latest data:

1. The average net worth of White households is six to seven times higher than that of Black and Hispanic or Latino households

These disparities have generally widened over time and persist throughout the distribution of household income, age, and education; in fact, Black households with significantly more education have lower average net worth than less educated White households. White households also receive significantly more financial support from gifts and inheritances than Black and Hispanic or Latino households, which contributes to rising racial wealth gaps across generations. 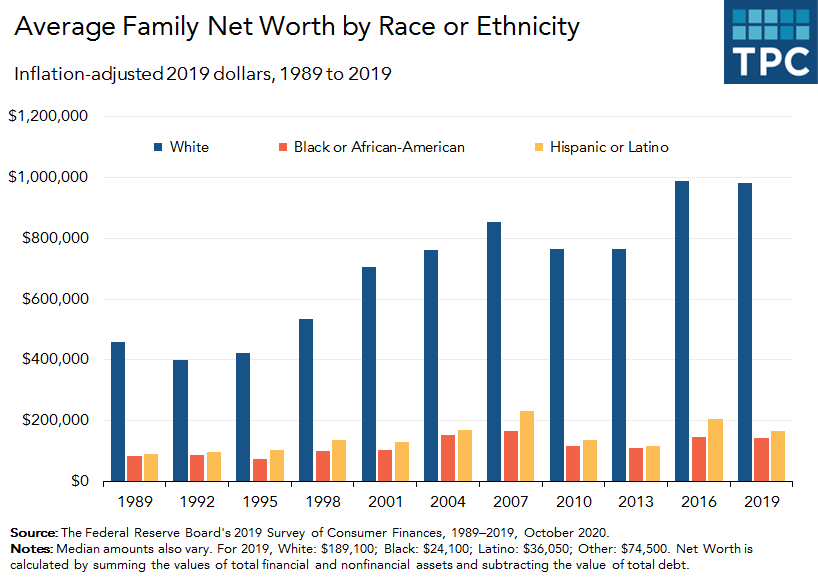 2. More White households own housing, retirement accounts, and other tax-preferred assets than Black and Hispanic or Latino households

Homes and retirement accounts are crucial tools for wealth accumulation. The income tax code plays a role in this: for example, contributions to and earnings from assets in retirement saving plans are generally subject to preferential tax treatment. Similar provisions exist for homeownership and capital gains from stocks and business equity, which likely disproportionately benefit higher-income and higher-wealth White households. 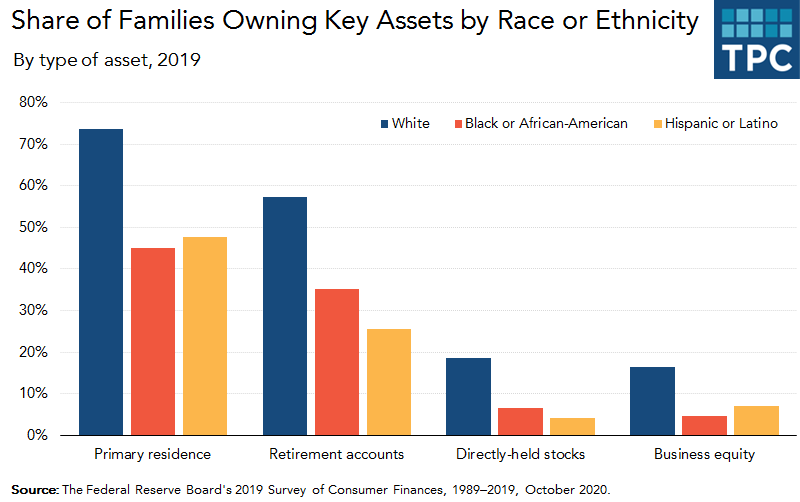 3. White households hold more debt on average but are more likely than Black and Hispanic or Latino households to have the resources to pay down their debt

Discrimination in credit markets, in the form of loan denials, predatory lending practices, and redlining has limited the ability of many Black households to build generational wealth and pay down debt. Black and Hispanic or Latino students with student loan debt also have lower lifetime earnings and fewer assets to draw from to service their debt, which raises the costs for future borrowing and the probability of defaulting. 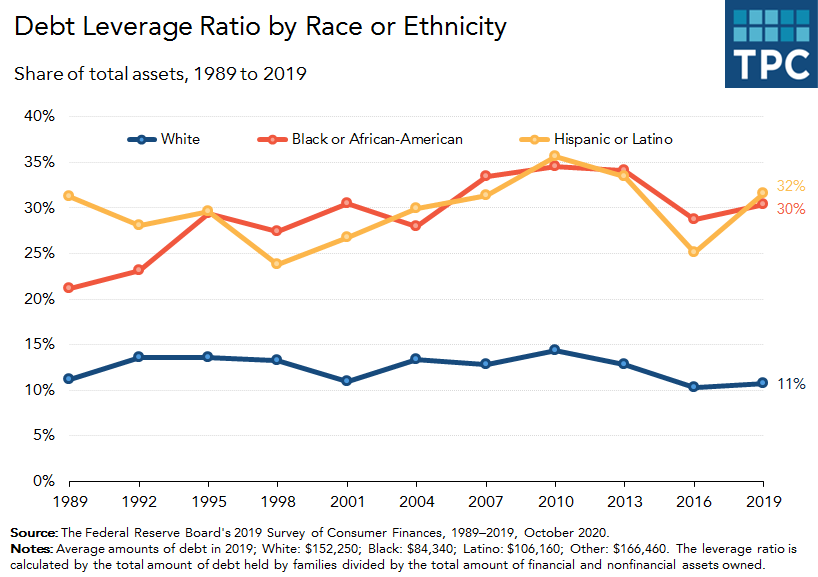 The federal government, with the help of state and local governments, can play a key role in reducing racial wealth inequalities, whether through tax policy or direct spending. In fact, President-elect Joe Biden has acknowledged the importance of using economic and social policy levers to advance racial equity.