A new Tax Policy Center analysis finds that the vast majority of households that paid the Alternative Minimum Tax (AMT) before the 2017 Tax Cuts and Jobs Act  got a tax cut from the law. And they did so even though many paid state and local taxes that exceeded the TCJA’s cap on the state and local tax (SALT) deduction. 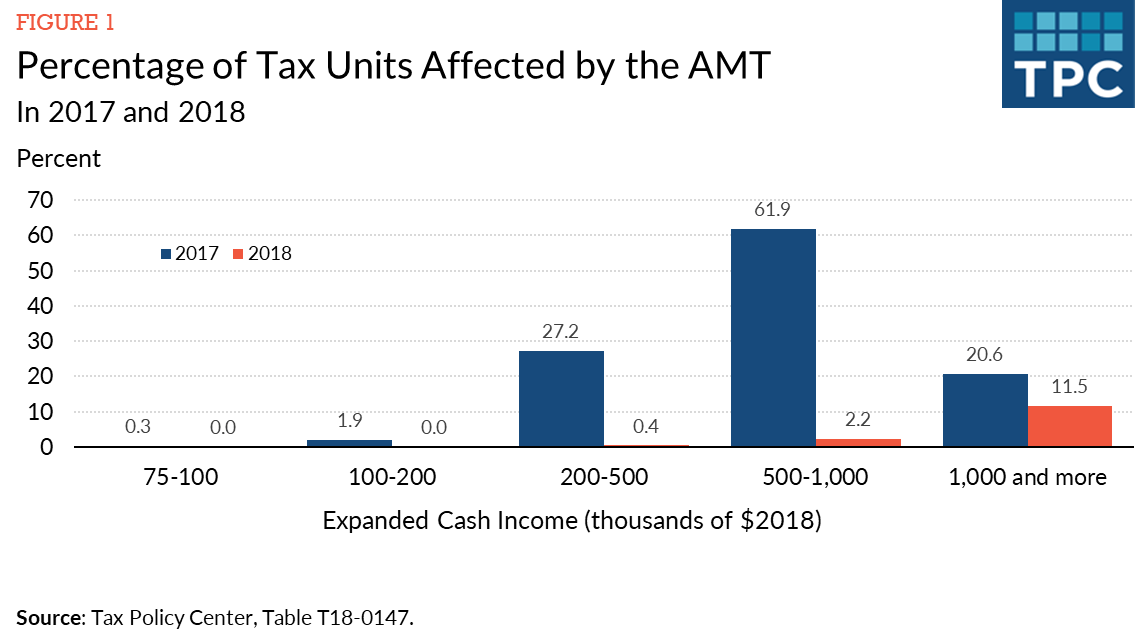 You might expect that this means AMT taxpayers got bigger tax cuts than others, but the story is more complicated. It depends on several factors, but largely on how much money they make.

Like most households, those on the AMT in 2017 tended to pay lower taxes after TCJA (e.g., in 2018).  Those former AMT payers in the $200,000 to $500,000 income group got a bigger average tax cut than all households in that income group.  The reason is they already had lost a significant portion of their SALT deduction under prior law because state and local taxes are not deductible under the AMT. For these taxpayers, getting out from under the AMT itself more than offset the effects of the SALT deduction cap. 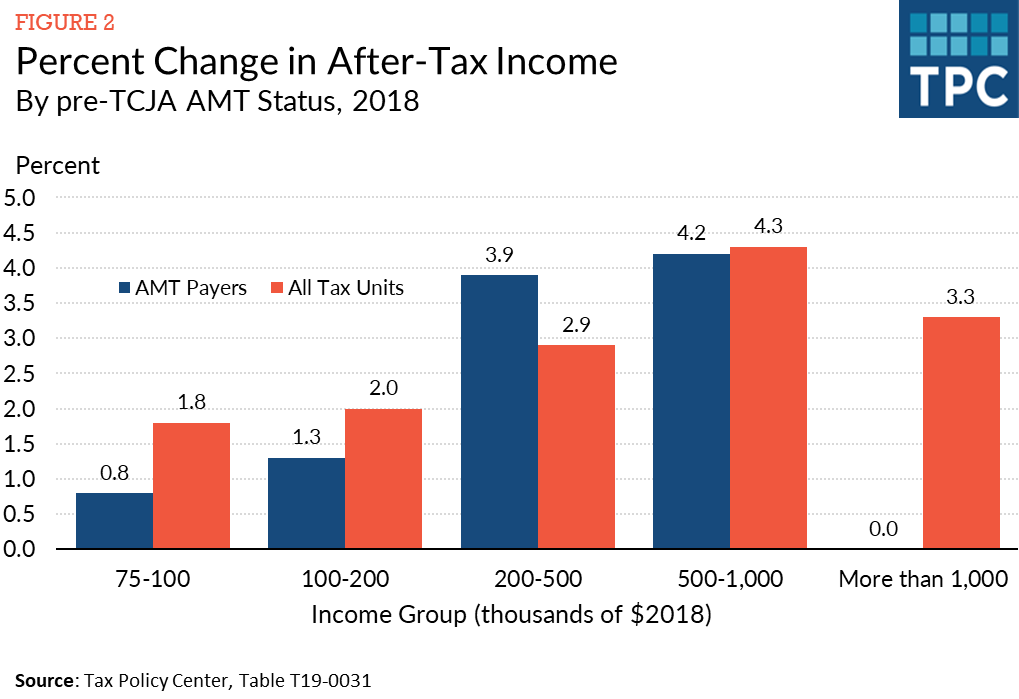 But AMT taxpayers in other income groups got a smaller average tax cut than other taxpayers. Most AMT taxpayers with incomes under $200,000 didn’t owe much alternative tax under the old law and could have been off the AMT altogether if their SALT deduction were only slightly smaller. Eliminating their AMT liability didn’t reduce their taxes by much while the SALT deduction cap may have significantly raised their regular income tax liability.

About 60 percent of these households still pay lower income taxes after TCJA, but about 40 percent pay more.  By comparison, more than 90 percent of all taxpayers with incomes between $75,000 and $200,000 got a tax cut. 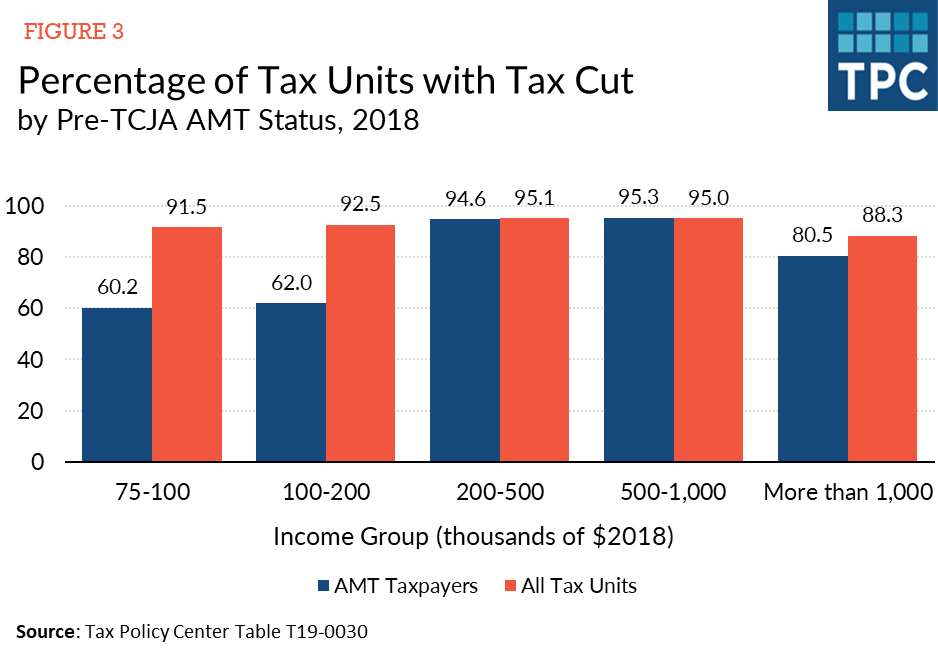 The biggest surprise:  AMT taxpayers with incomes over $1 million got almost no net benefit from the TCJA, on average (Figure 2). But the average masks an interesting result. While about 80 percent of AMT millionaires did get a tax cut (Figure 3), about 20 percent paid far more in taxes—resulting in an average benefit of zero.

There are at least three reasons: First, the TCJA’s changes to the AMT phase out at very high income levels. Thus, a couple earning $10 million could still face the AMT and gets no benefit from the TCJA’s cuts in regular income tax rates. A second reason is that other non-AMT provisions of the TCJA like the tax imposed on repatriated foreign earnings and the limit on deductibility of active losses hit some taxpayers in this group especially hard. A third is that some of these people have a lot of state and local taxes that were mostly deductible under pre-TCJA law (i.e., they only paid a modest amount of AMT). They are actually worse off than if TCJA hadn’t been enacted because the SALT cap raised their regular income tax liability above their pre-TCJA AMT liability,

For many upper middle-income households, AMT relief more than offset the pain of the SALT cap. But whether they were winners or losers under the TCJA largely depends on how much money they made and their specific circumstances.