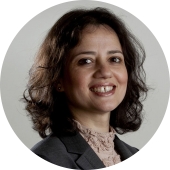 Let The Dust Settle On The TCJA Before Judging Its Effectiveness

Given the current disagreements on President Trump’s signature tax reform, the Tax Cuts and Jobs Act (TCJA), it may come as a surprise to many that the centerpiece of the law—the significant cut in the headline federal corporate tax rate—had been a point of consensus among policymakers and economists for the past decade. President Obama’s 2016 budget included a cut in the headline corporate rate to 28 percent, with a special rate of 25 percent for manufacturing.

In 2014, then-House Ways & Means Committee Chairman David Camp’s (R-MI)  tax reform proposal also included reducing the corporate tax rate to 25 percent. While the TCJA rate of 21 percent was certainly far below what many had predicted or hoped the rate would settle at, the idea that rates should be lower than 35 percent was fairly popular.

There were good economic reasons for bringing the US corporate rate down from 35 percent. A March 2017 Congressional Budget Office report showed that the US had the highest corporate rate among the G20 major industrialized nations, and the third- or fourth-highest effective average and marginal tax rates.

Research in the field of public finance implied that high tax rates likely make the US an unattractive location for capital investment as compared to the rest of the Organisation for Economic Co-operation and Development (OECD) nations. Investment is more likely to flow to low-tax jurisdictions. Further, companies had an incentive to invert and register their headquarters in low-tax countries in order to avoid the US tax burden.

The worldwide system of taxation with deferral resulted in trillions of dollars in cash being trapped overseas rather than being repatriated to the US parent.  Furthermore, the high rates did not translate to high corporate tax revenues; according to a 2014 report by the Congressional Research Service the US had one of the lowest corporate tax revenue collections as a share of Gross Domestic Product (GDP) relative to other OECD countries.

In 2015, the CBO predicted that if this situation continued, corporate tax revenue collections would dip to below 2 percent by 2025. And if that wasn’t enough, a new stream of research increasingly shows that the decline in investment would lead to lower worker productivity and lower worker wages.

The TCJA made the cut in the headline rate a foundation for tax reform. Almost immediately, commentary on the impact of the tax reform started focusing on the use of “free cash” by companies. Were companies using the cash for stock buybacks, worker bonuses, or expanded investment? While it is fair to track the response of companies to the TCJA, it is also important to point out that most economists did not believe that we would see impacts of the tax reform as soon as the rate cut went into effect.

Even in the absence of other confounding factors, a rate cut would incentivize investment by increasing the after-tax profitability of marginal investment projects, which would then lead to a higher capital stock per worker, higher productivity, and subsequently higher wages. Research suggests that these kinds of changes typically happen over much longer periods than a few months, possibly 3-5 years. So stock buybacks and worker bonuses neither show that the tax law is working nor do they show that the tax law is failing. Both can co-exist with potentially higher investment in the present and in the future.

In the case of the TCJA, the story is even more complicated. As I have written earlier, the TCJA was more than a rate cut. In many other ways, it expanded the income subject to tax for companies. Companies are now subject to a one-time tax of 15.5 percent on cash and 8 percent on assets on all accumulated post-1986 deferred earnings.

The TCJA also limited the net interest expense deduction to 30 percent of adjusted gross income and put limits on net operating loss carryforwards. The TCJA established new international tax provisions (GILTI and BEAT) which are attempts to reduce the income that could potentially escape taxation under the previous tax regime. Until a few months ago, regulations on interpreting these provisions were still being rolled out. Moreover, while the TCJA tried to provide incentives for companies to locate intellectual property in the US (through FDII) there is still uncertainty as to whether such a regime is compatible with the World Trade Organization rules. So when we question the investment response, let’s keep these issues in mind.

I agree with many commentators, including Steve Rosenthal, who I recently debated, and those who  wrote for my tax blog series that as of now, it is hard to discern the impact of the TCJA on the economy.  Investment and wages are trending in the right direction, but a bump or a break in trend due to the TCJA is hard to detect. Where the impact is obvious is in the significant immediate increase in repatriations in the quarters following the passage of the TCJA. Inversions also decreased, but that slowdown is in line with prior trends.

Does this mean that tax cuts have failed? As of now, there are too many confounding factors to make a case one way or the other. Aside from the uncertainty within the tax law, uncertainty in the domestic and global economy may impact the future trajectory of investment. The tariff wars and the significant increase in the deficit due to the TCJA will continue to impact growth.

The fact that the TCJA passed without any Democratic support is itself a source of uncertainty about the future of American tax law. What happens if a Democrat wins the White House? There is a high probability that rates would go back up, possibly to 25 or 28 percent. Nearly all Democratic candidates are campaigning on a platform of higher corporate rates. Globally, the OECD’s efforts at taxing digital businesses and imposing a minimum tax are also creating a new uncertainty for companies.

So let’s be patient and let the dust settle. It could be a few years before the results from the TCJA roll in.