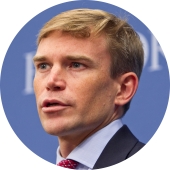 How Much Do Tax-Exempt Organizations Benefit from Tax Exemption on Their Income?

A relatively small number of non-profit organizations where revenues exceed expenses save as much as $21 billion in taxes annually, new research by Nathan Born (a graduate student at Wharton) and I found. Non-profit hospitals enjoyed nearly two-thirds of that tax savings.

Income earned by tax-exempt organizations, like 501(c)3 charities, generally is excluded from federal income tax. In other words, federal tax policy subsidizes so-called “nonprofit” organizations relative to for-profit businesses, but only if the nonprofits earn profits. If that sounds weird, we agree.

The majority of nonprofits do not benefit because, well, they have no profits. They still enjoy a federal tax benefit since the charitable gifts they receive are deductible to donors, but that’s not what we’re talking about here.

Feeding the hungry, housing the unsheltered, conserving environmentally sensitive lands, or providing health care to indigent patients aren’t exactly remunerative. Organizations that do this work don’t pay income taxes, no matter how they are organized.

However, a minority of tax-exempt organizations do earn large, persistent profits, and benefit a great deal from the tax subsidy: We found they saved around $21 billion in 2018. The largest beneficiaries are hospitals that charge more in patient fees than they spend providing medical care. They saved about $10.7 billion in taxes on their profits, 62 percent of the total subsidy. Universities that charge more in tuition than they spend on education saved about $1.7 billion. Public charities (a catch-all category of organizations financed by gifts from the general public), make up 44 percent of charities. But they saved $1.4 billion or only 8 percent of the total tax benefits.

In other words, the few organizations that earn the most profit from their activities get the largest subsidies, while most charitable organizations get nothing.

Our estimates are based on large samples of tax returns of charitable organizations produced by the IRS. We calculated how much these organizations would have owed if they were taxed like corporations. In practice, only those that earn persistent profits from selling their services, like hospitals or universities, or from unspent endowment income, such as universities, are tax subsidized.

For perspective, the $21 billion in tax savings is similar in magnitude to the Treasury’s estimate of forgone revenues associated with Individual Retirement Accounts ($19.1 billion) or  the Child Tax Credit ($24.7 billion).

Within the tax-exempt sector, charitable (501(c)3s) were the largest beneficiaries ($17.7 billion). Civic Leagues and Social Welfare Orgs (501(c)4s) saved about $1.2 billion, as did Chambers of Commerce and Real Estate Board (501(c)6) organizations. Labor, Agricultural and Horticultural Organizations (501(c)5s) saved about $600 million.

Three-quarters of tax-exempt organizations do not benefit directly from the income tax exemption—they literally are “nonprofits.” Many are large, well-funded organizations with substantial endowments or gift revenues. However, because they expend their revenue furthering their charitable purposes, they are left with little or no net income and wouldn’t owe tax anyway.

Colleges and universities are a case in point. While in aggregate they earned about $31 billion in investment income (mostly from endowments) and received $230 billion in revenues (mostly from tuition), they spent about $323 billion on educational and research services. On a tax basis, they lost money. Hence, the sector’s $1.7 billion tax subsidy is less than one might infer from examining endowment income or tuition revenue alone.

Within colleges, the subsidy is concentrated among a few profitable organizations. Some are well-known institutions with large endowments, such as Yale and Princeton. But some just charge a lot in tuition for low-cost and online education, like Liberty University, Savannah College of Art and Design, Southern New Hampshire University, or Grand Canyon University.

Our analysis raises the question of whether targeting tax benefits based on the ability to earn large, persistent profits makes sense.

Instead, Congress might consider revisiting the treatment of income earned by nonprofits. It could limit or repeal the exclusion from income tax of most 501(c) organizations, while keeping the deduction for charitable gifts and other tax benefits. This would not be unprecedented: Tax-exempt organizations already pay taxes on unrelated business activities and private charitable foundations are subject to excise taxes if their income isn’t distributed to charitable causes.

The vast majority of tax-exempt organizations and charities would be unaffected by repeal of the income tax exemption because they don’t have any profits. And those that do have earnings could easily avoid the tax by increasing their spending on charitable purposes or reducing their fees for services. That sounds like what they’re supposed to do anyway.