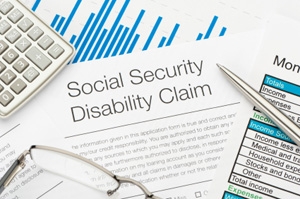 Social Security Disability Insurance has often been forgotten in the debate over the broader Social Security program. But Congress is beginning to pay attention, perhaps because the program is due to become insolvent by 2016. The program needs to be fixed. The question is, as always, how.

There are some interesting solutions—many aimed at keeping people working or helping to get them back in the workforce after a bout of disability. These reforms won’t work for everyone—many SSDI recipients are permanently disabled. But they may work for some.

SSDI is critically important to people with disabilities. It benefits nearly nine million workers and more than two million of their dependents. And for many, it is a key part of the safety net that supports them when illness or injury makes it impossible to work.

It takes in less money than it pays out in benefits and will be insolvent, at least technically, in just three years.

This morning, I had a chance to moderate an Urban Institute panel that confronted these issues. It included former Social Security Administrator Ken Apfel; my Urban Institute colleague Melissa Favreault; Gina Livermore, a Senior Researcher at Mathematica Policy Research; and Lisa Ekman, Director of Federal Policy at Health and Disability Advocates.

We discussed several possible reforms, including:

Would such an employer mandate fly? It would clearly be a political challenge. But it, along with more modest solutions, is worth looking at.

Before 2016, Congress will have to address SSDI’s shortfall, which would reduce benefits by 20 percent. When the SSDI fund fell short in the past, Congress reallocated payroll tax dollars from the Old Age and Survivors program to DI. But now, many Republicans are likely to oppose such a step without major program reforms.

It will be an opportunity to take a serious look at the program—not just to save money but to better address the needs of working people with disabilities.