How the EITC favors families with children

Since the late 1990s, the earned income tax credit (EITC) has been among the largest federal programs exclusively benefiting low- and moderate-income working families. Designed to encourage work while reducing poverty, the credit grows proportionally with a worker’s earned income up to a cap that varies with family size. The credit then plateaus and falls until it phases out completely at middle-incomes.

According to new estimates from the Tax Policy Center, the lowest-income 40 percent of taxpayers receive almost 87 percent of EITC benefits. Recipients in the bottom 20 percent see an average benefit greater than their federal tax liability – which is paid out as a tax refund.

The effect of the credit is not distributed equally across people with the same income. Larger families receive larger credits. And workers with children – whether married or unmarried – benefit much more from the EITC than those without. This disparity has prompted calls for reform. 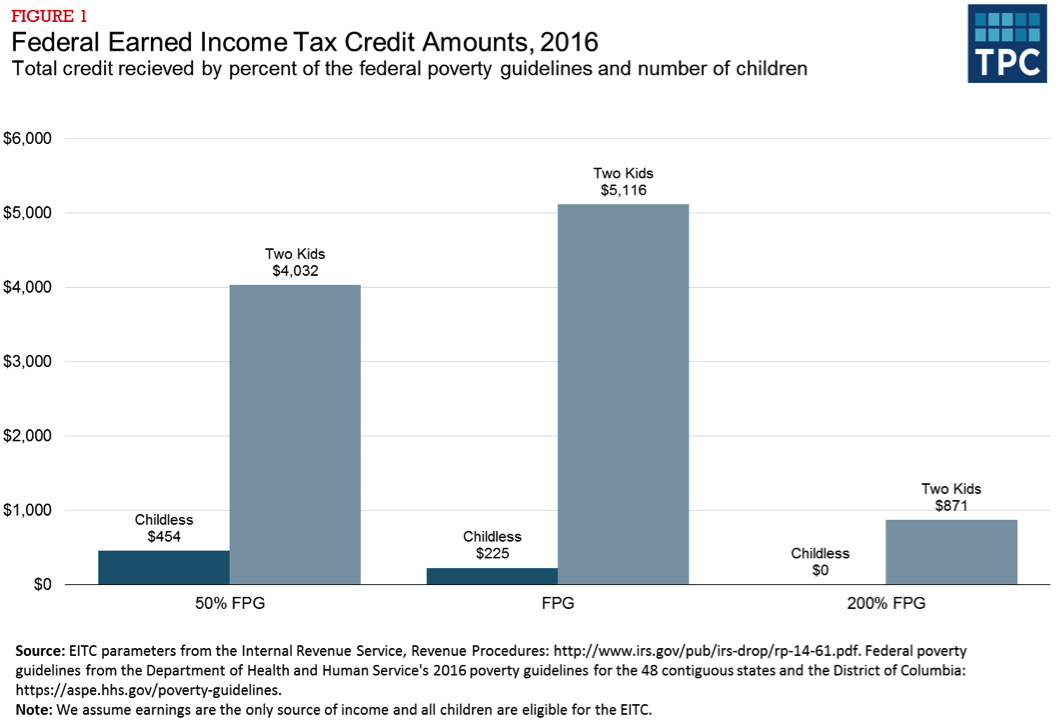 While the EITC does have a disparate impact for those at the FPG with and without children, the family size adjustments to FPG distort this picture. Consider a single full-time worker earning minimum wage. Without children, she would make around 125 percent of the FPG and receive no EITC. However, if she has two children, she earns less than 80 percent of the FPG before the EITC and barely crosses the guideline with the EITC. 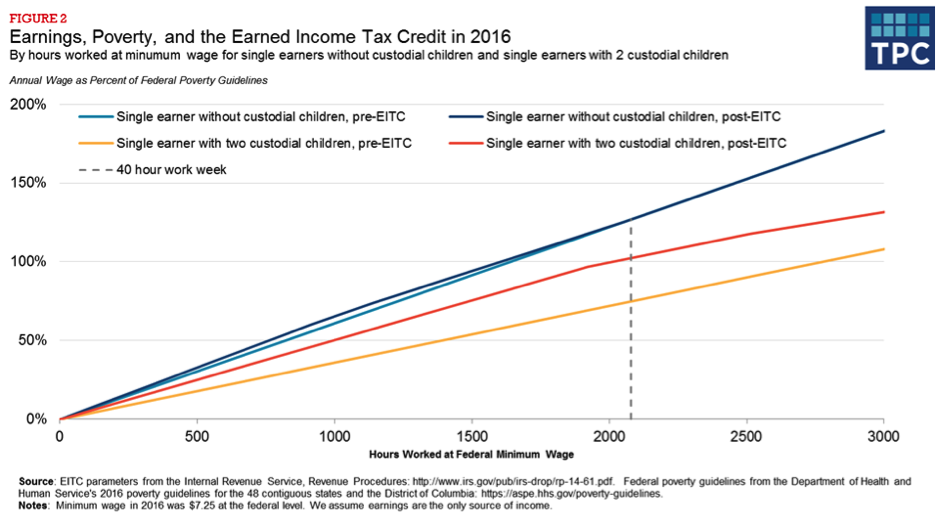 The EITC plays an important role in lifting workers with custodial children out of poverty. That role does not extend to workers without custodial children – who receive little or no EITC at near-poverty level earnings. Our interpretation of the EITC relies on our understanding of fairness. If we think the EITC should treat those with equal incomes relative to poverty the same, then the program clearly fails to provide enough for childless workers. However, if we think that raising children makes it much harder to get out of poverty, then the EITC’s focus on workers with children is an equitable choice.

Jackie Blanco reads a book to her son Donald, 2, of Lindenwold, N.J., at a holiday party put on by the New Jersey Department of Youth and Family Services for kids who have been reunited with their families after stints in foster care. The event was held at the Gloucester County Government Services Building in Clayton, N.J., Friday, Dec. 7, 2007. (AP Photo/David Gard)